We’re living in the era of the “UX enthusiastics”: some people just feel they have a natural talent about anything related to “user” AND “experience” and this enables them to randomly act and feel as UX designer. Someone should tell them that this is one of those cases when a natural talent in not enough and a REAL hat as a UX designer is quite heavy to hold on.

There are people who try to sell themselves as UX designers and this is just one of those professional titles listed in their cv.
There are people with a totally different job but they think they can be UX designers right away because it’s in their blood.
So, in every working team or in your network you can find self-assessed UX designers that I’m listing here as archetypes. 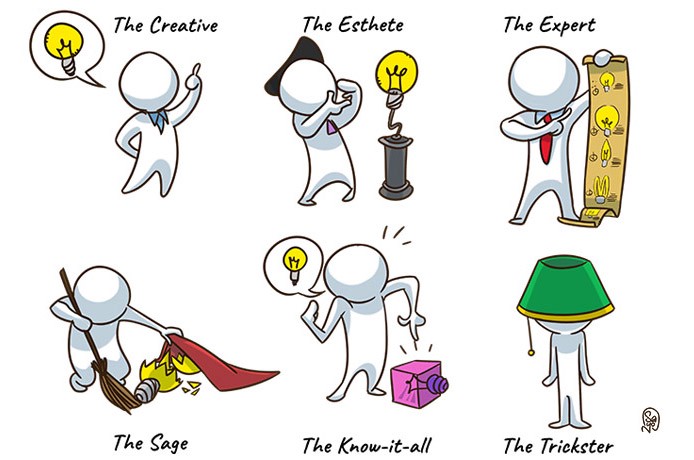 You can also call him the Inventor! He’s the one who makes up a bunch of ideas during his sleepless nights (or, at least, I imagine it this way). The morning after he starts searching for a developer (for free, just to start with a brand new start-up company, you know…).
If our “creative” doesn’t have any entrepreneurial predisposition, and takes part in a project with a facilitator that tries to make any sense out of the ideation flow as a teamwork, he may be the kind of person that wont’t listen! If you ask him why he’s so sure that his idea will work, he will answer:”Just because it’s cool!”

In the most optimistic scenario, he’s an extreme user as for the experience you are investigating. His silent motto is “My voice is everyone’s voice”. Lately, since this UX design affair came into use, he have learnt to say: “Users want… Users are asking for…” (the term “users” is just a synonym for “I”, in his language)

Probably this is the oldest one. He’s there since, the very first website was online.
He starts to actively participate to a project only when he can see the first wireframes, so he can check if the product is compliant with all the goals discovered and set in the whole process of research. He has got a very straightforward criterium for completing his task, that he makes short in a terse: “I don’t like it”.

The Know-it-all is the ultimate forerunner! He’s the one that repeats over and over “I told you months ago!” while you are debriefing the team about insights and design opportunities collected from users with all your visual deliverables and data that cost you weeks of work. Not much to add in this case, except that a REAL UX designer must be patient and merciful.

This one, probably, has some skills as a UX designer in his blood but he’s all focused on the HCI concepts of “slip and mistake”. He definitely knows how things must be put together in the UI, just to make his user slip, for example, in the logical conjunction “one slip -> one click -> one impression”!

He’s the one that comes to you with both the problem and the final solution. You just need a developer and in 5 minutes you are ready to deploy the masterpiece!

And what’s your relationship with UX design? 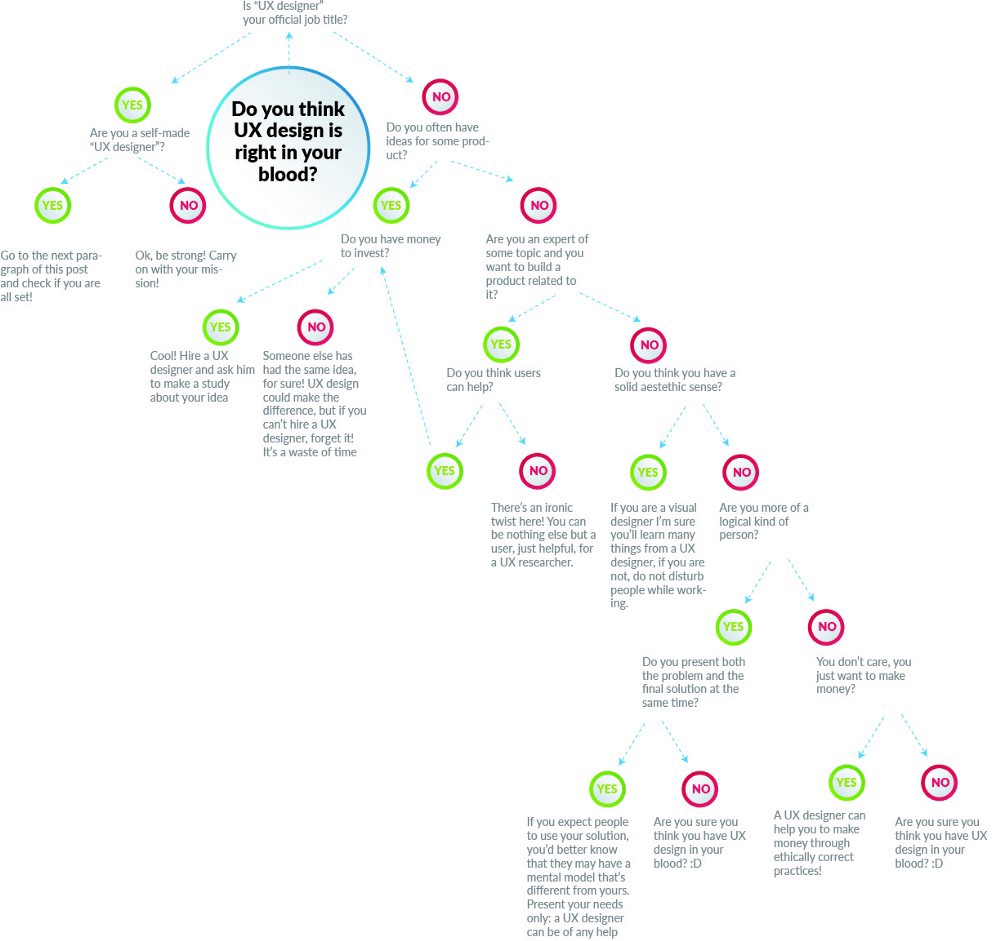 What’s under the hat of a real UX designer?

UX design comes from a mindset that may have its foundations on a natural talent, but if you want to be a UX designer or give your contribution to a UX design-based project, you’d better know that all needs to get integrated into a process, made of steps, tools and a lot of work.

The following visual is probably the most complete representation of the roadmap for every REAL UX designer. All those listed activities are performed, mainly, by a UX designer (unless he’s lucky enough to have a user research and a data analyst in his team). This roadmap may vary due to many factors related to the project, the client, the budget and more. The UX designer is the one that choose and decides how to combine techniques, methods and tools.

Any other random approach? It’s unpreparedness. 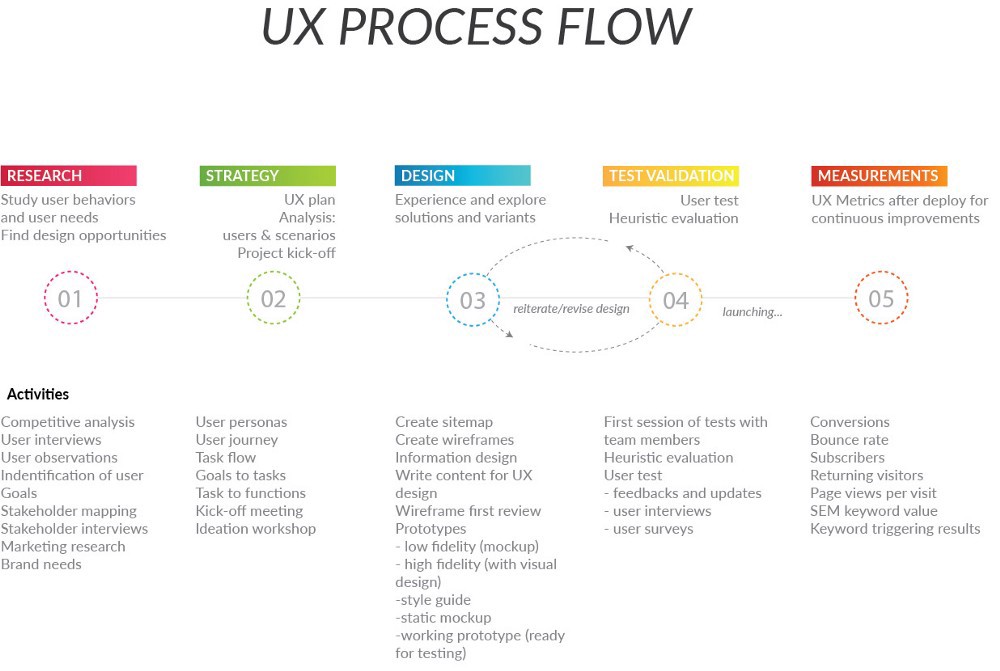 Well, then, a successful project for a user-centred product comes from such a logical work based off methods and strategies. A UX designer is in charge of this all. Now, I wonder if all those self-assessed UX designers would be ready and prepared to embrace this mission on a full-time basis!

Do not forget to click the ???? below to help others find it, and leave a comment. Thanks for reading!

Tania wrote this story to share knowledge and to help nurture the design community. All articles published on uxdesign.cc follow that same philosophy.