The Ask: Enhance the chatbot experience and improve the user on-boarding process. 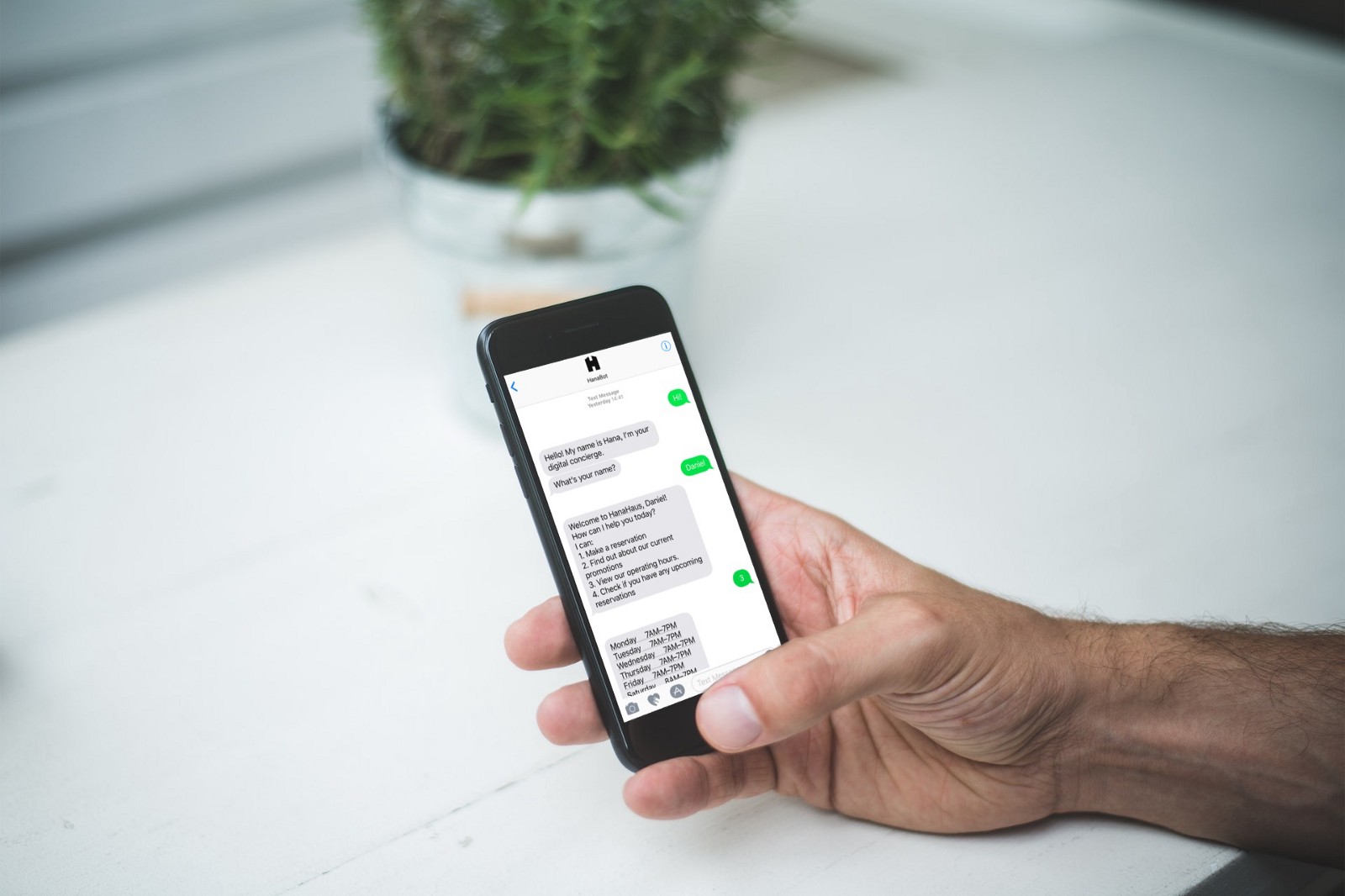 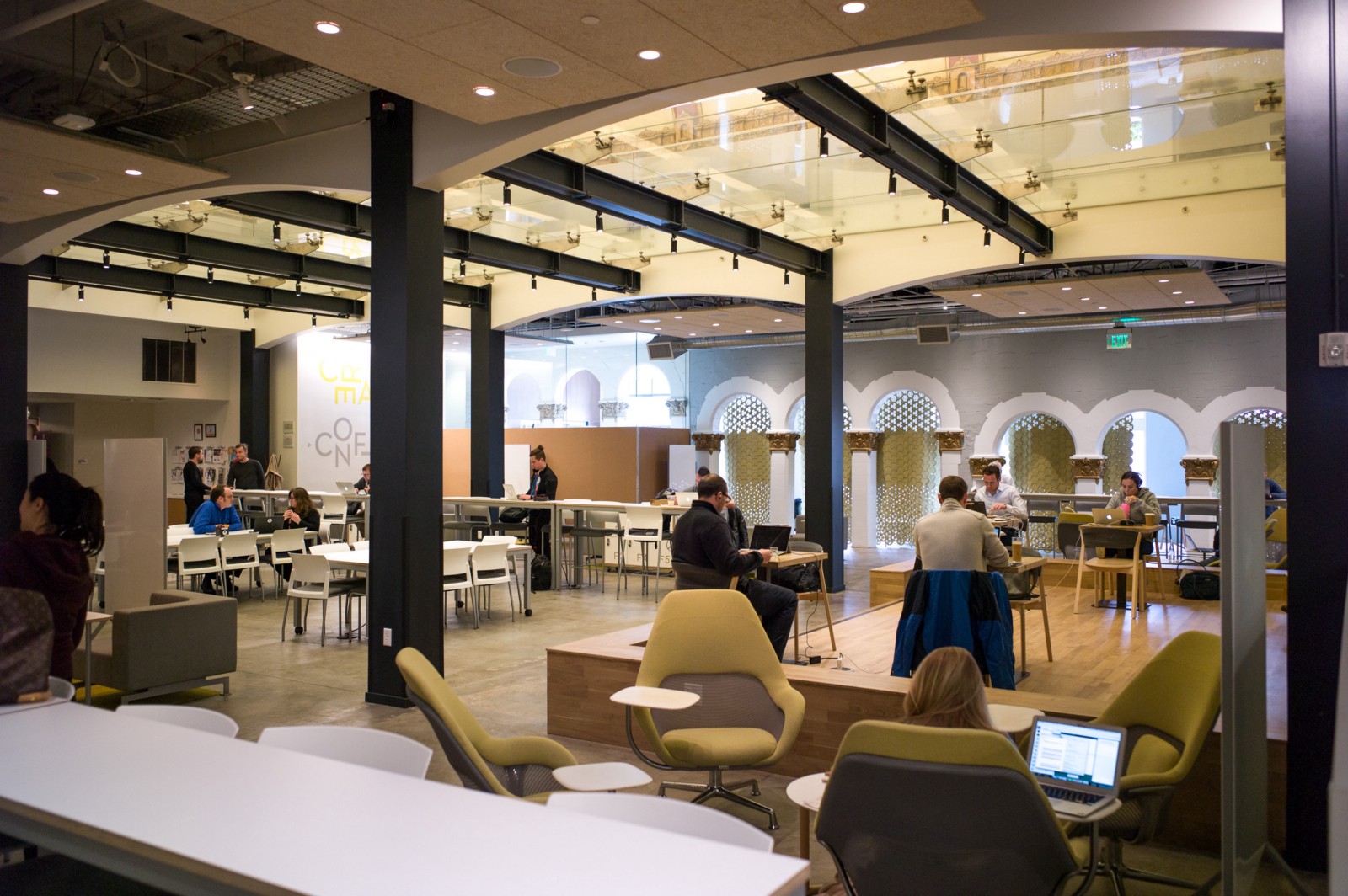 A large part of this project was conducting qualitative research to identify areas that needed to be addressed and what the big opportunities were. We began by performing usability tests with the existing chatbot, which led us to problems with both the chatbot and reservation process.

Here’s what we found:

Through user interviews, we gained insight into specific factors people cared about when making a reservation and choosing a co-working space, and why. Physical factors like free wifi, large tables, and late operating hours were popular answers, but depending on the user (For example// students, working professionals, startup founders), some factors were more important than others. However, we learned that a quick and on-the-go friendly reservation process was important to everyone. Many people expressed they wouldn’t use a co-working space or a chatbot if they were directed to create a user account online, simply because it was “too much work.” 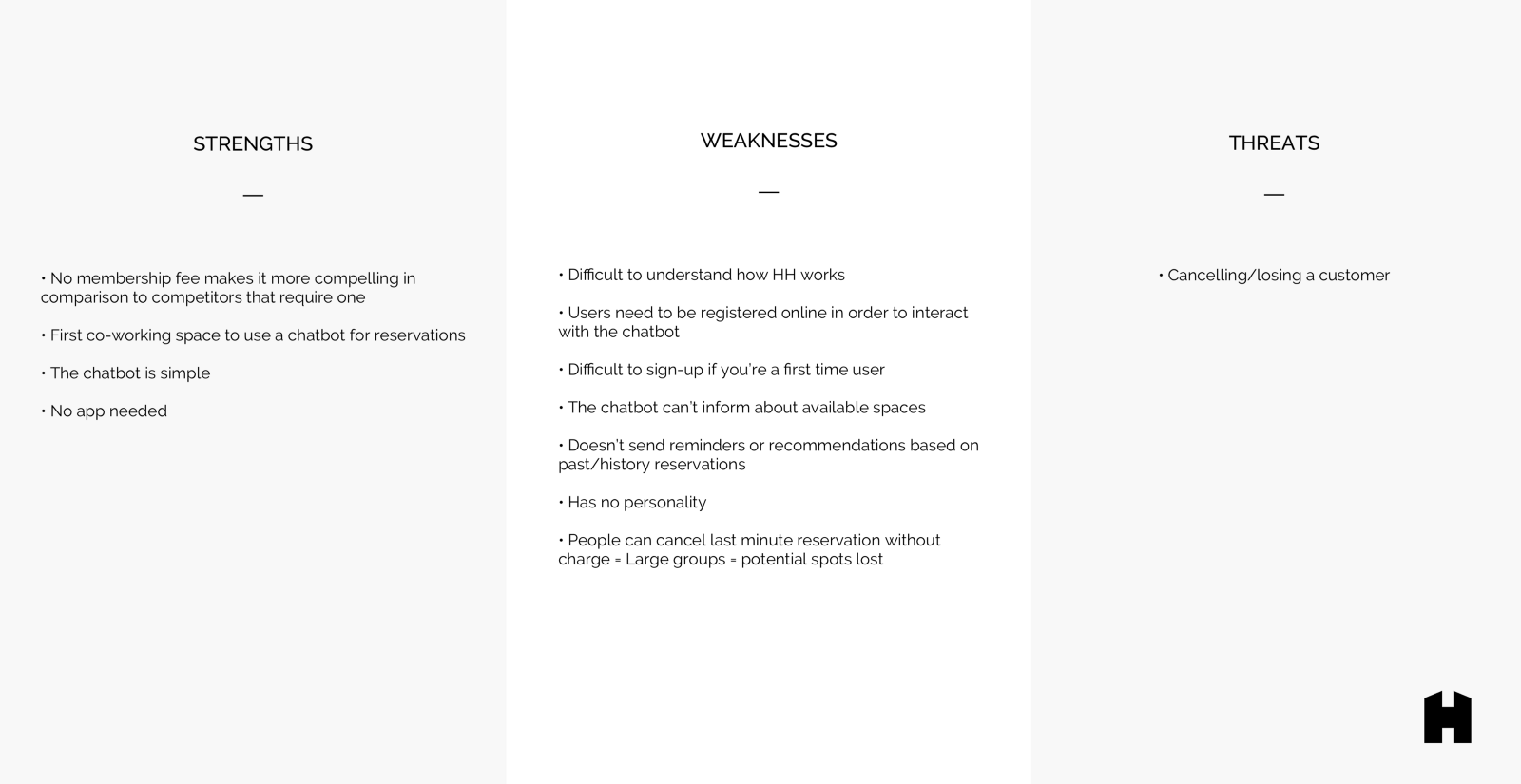 We sent out a survey to learn about other co-working space experiences and to see where HanaHaus stood in the current market. Spots like WeWork, Croissant, and Bespoke were popular because of their work-like ambience, but many people disliked paying a monthly membership. This was because costs were high and cancellation wasn’t flexible. People didn’t plan their visits ahead of time, so they didn’t want to commit to expensive monthly payments for a space they weren’t sure they’d use.

A new user is someone who is new to both HanaHaus and the chatbot. This individual needs to create a new account, but doesn’t know how HanaHaus seating works.

A returning user is someone who worked at HanaHaus in the past, has an account, but hasn’t used the chatbot before.

A speed user is someone who works at HanaHaus more than once a week, uses an account, and has a seating preference. 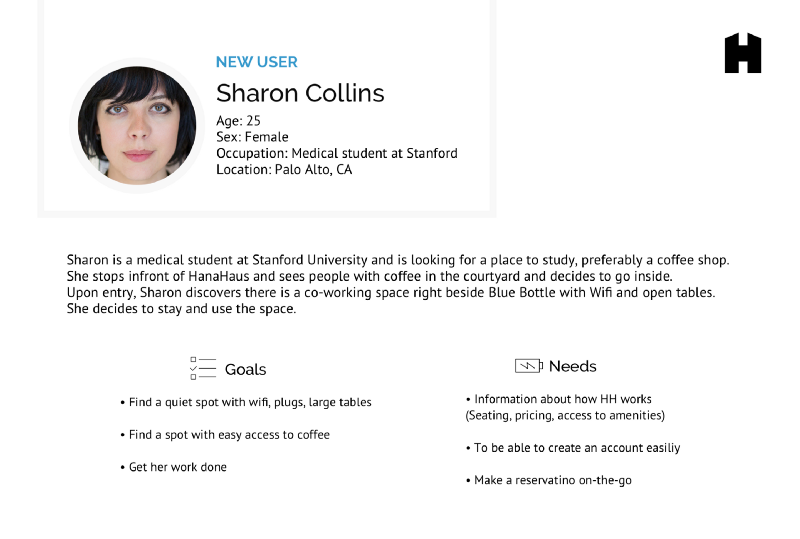 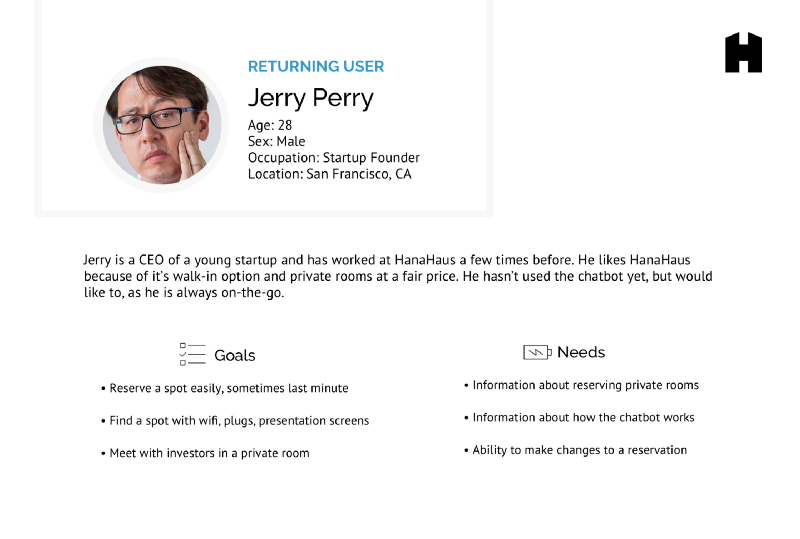 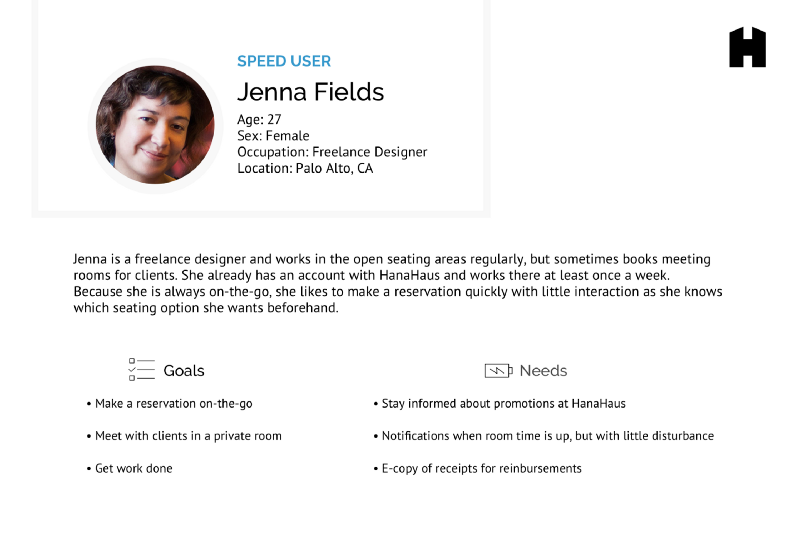 Open up the Chatbot

Allow users to create an account through the chatbot with their name and phone number. By doing this, users are still abiding the registered user account rule, but doing so in an easy and effortless way.

Provide users with a menu of tasks to choose from at the beginning of the conversation. If users know what to expect and understand how the chatbot works, they are more likely to pursue the conversation.

Guide the conversation with close-ended questions and ask follow-up questions after each response. If users are asked questions with limited answer possibilities, they are less likely to ask an irrelevant one that might confuse the chatbot.

Humanize the chatbot’s conversational interface by adding emotion to it’s script. A friendly and approachable chatbot will not only create simple delight, but will leave the user with a good impression of HanaHaus.

How will success be measured?

It’s not only about how many reservations are successfully made, but how many users return to use the chatbot a second, third, fourth, time. If we can create a seamless reservation process through the chatbot, we hope to eventually diminish the need for a concierge desk. 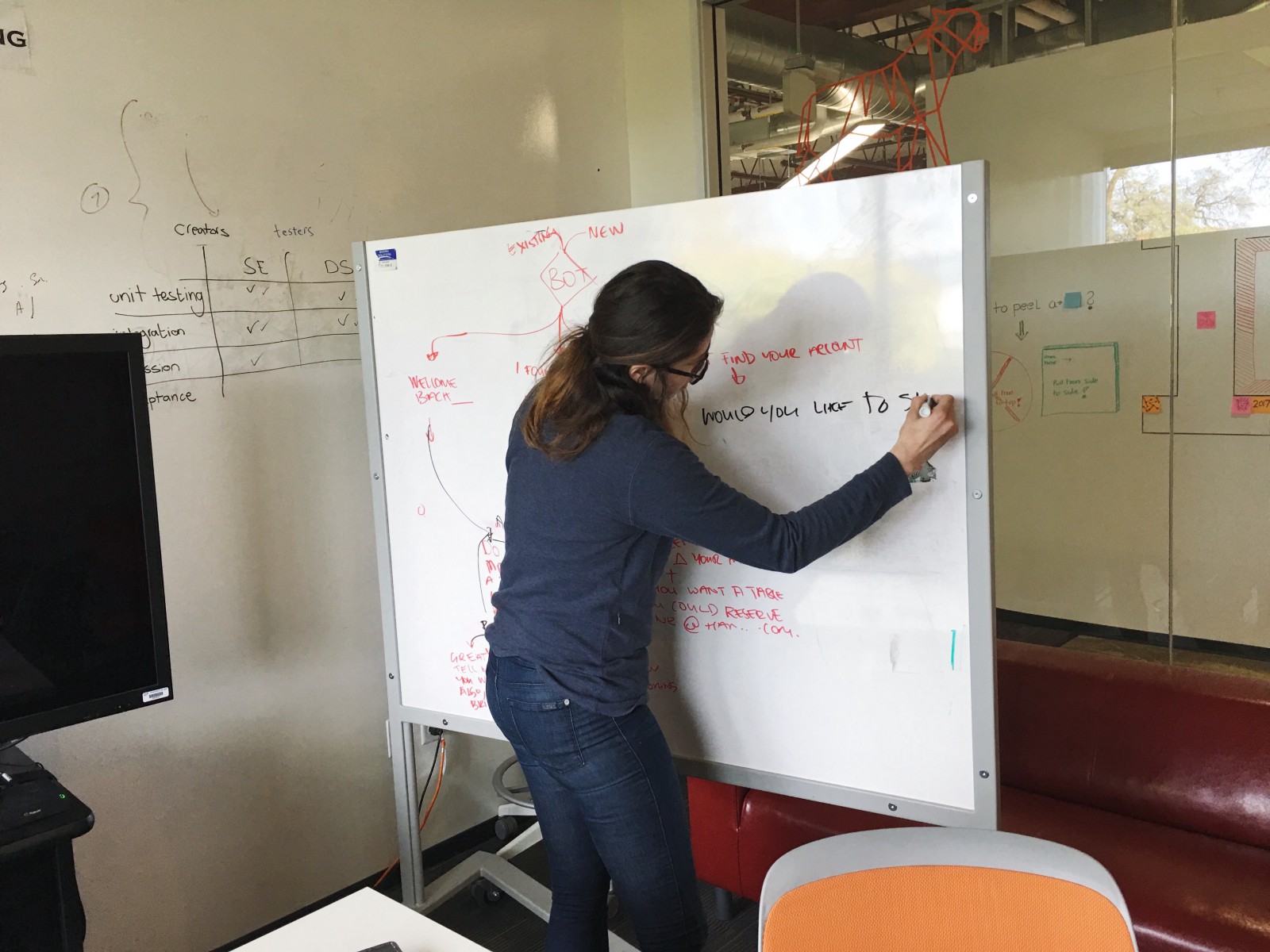 Our design phase largely involved feature development and mapping various user flows. We used card sorting techniques and affinity mapping to filter through features that were relevant to user’s needs and wants. 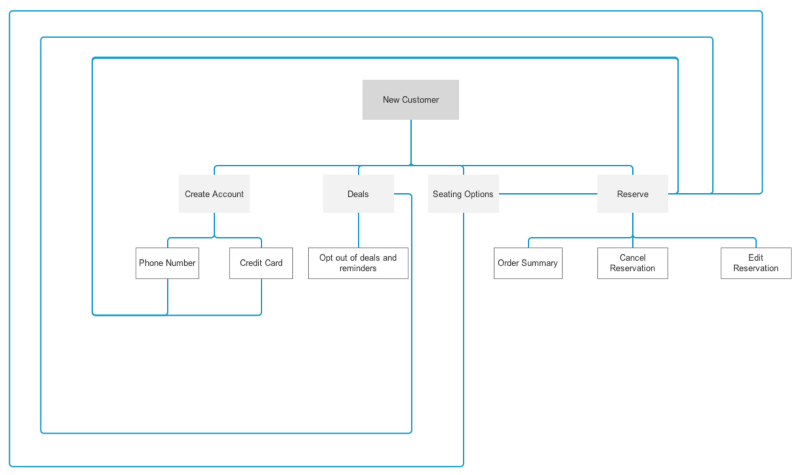 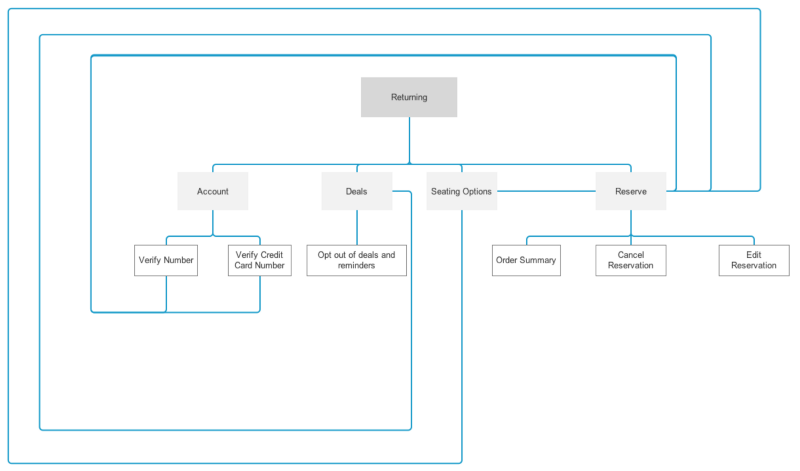 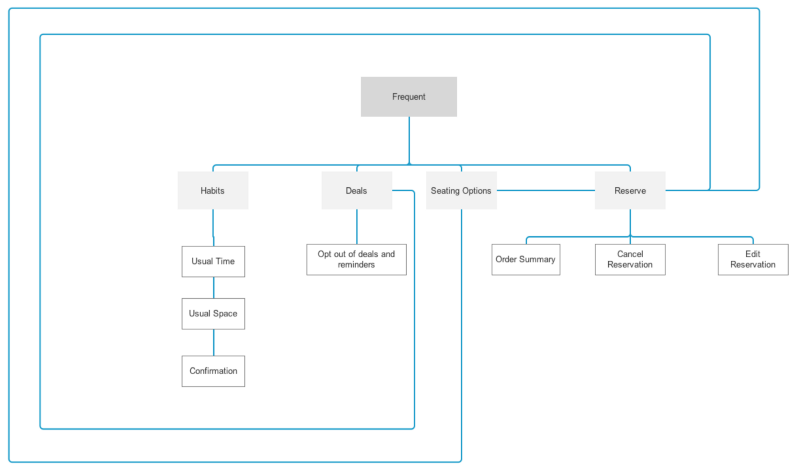 Challenge: How might we re-engage users who have attempted to use the chatbot before, but were unsuccessful?

This was a question we pondered on from the beginning of our research. As important as it was to nail on-boarding for new users, we knew there were also users who had attempted to use the chatbot before, but were left with a sour taste in their mouths. Although we couldn’t change the past, we responded by approaching these individuals as new users. Our strategy was to provide them with exactly what was missing in their first experience -> Clear reservation instructions and a friendly greeting.

Through an open chatbot, a user can: 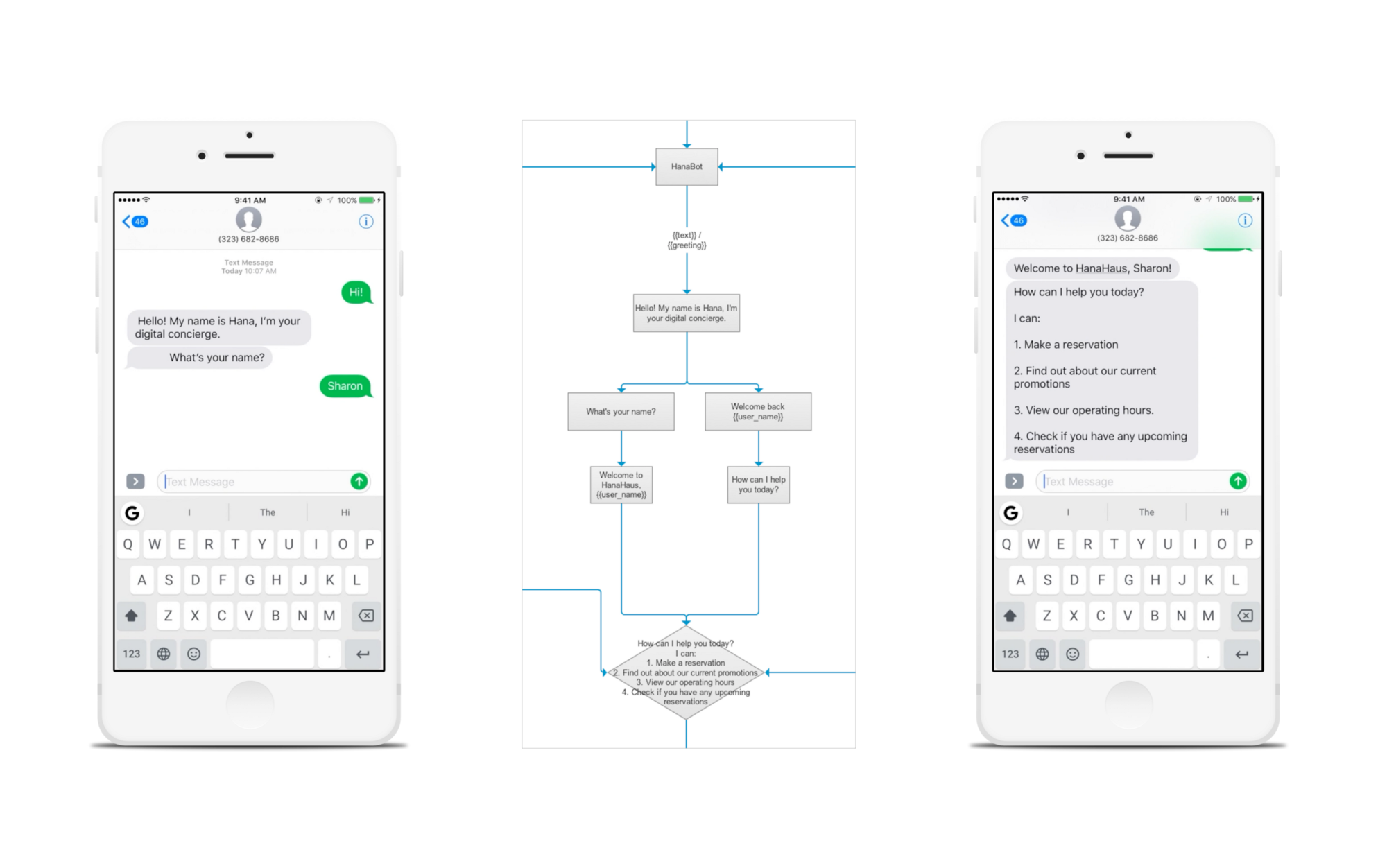 HanaBot immediately follows up with a list of tasks to choose from. Initially, users didn’t have a menu to choose from, so they were not aware of what the chatbot was capable of doing. Instead, users had to seek help from the concierge desk which required waiting in a line-up or looking for someone to assist them. 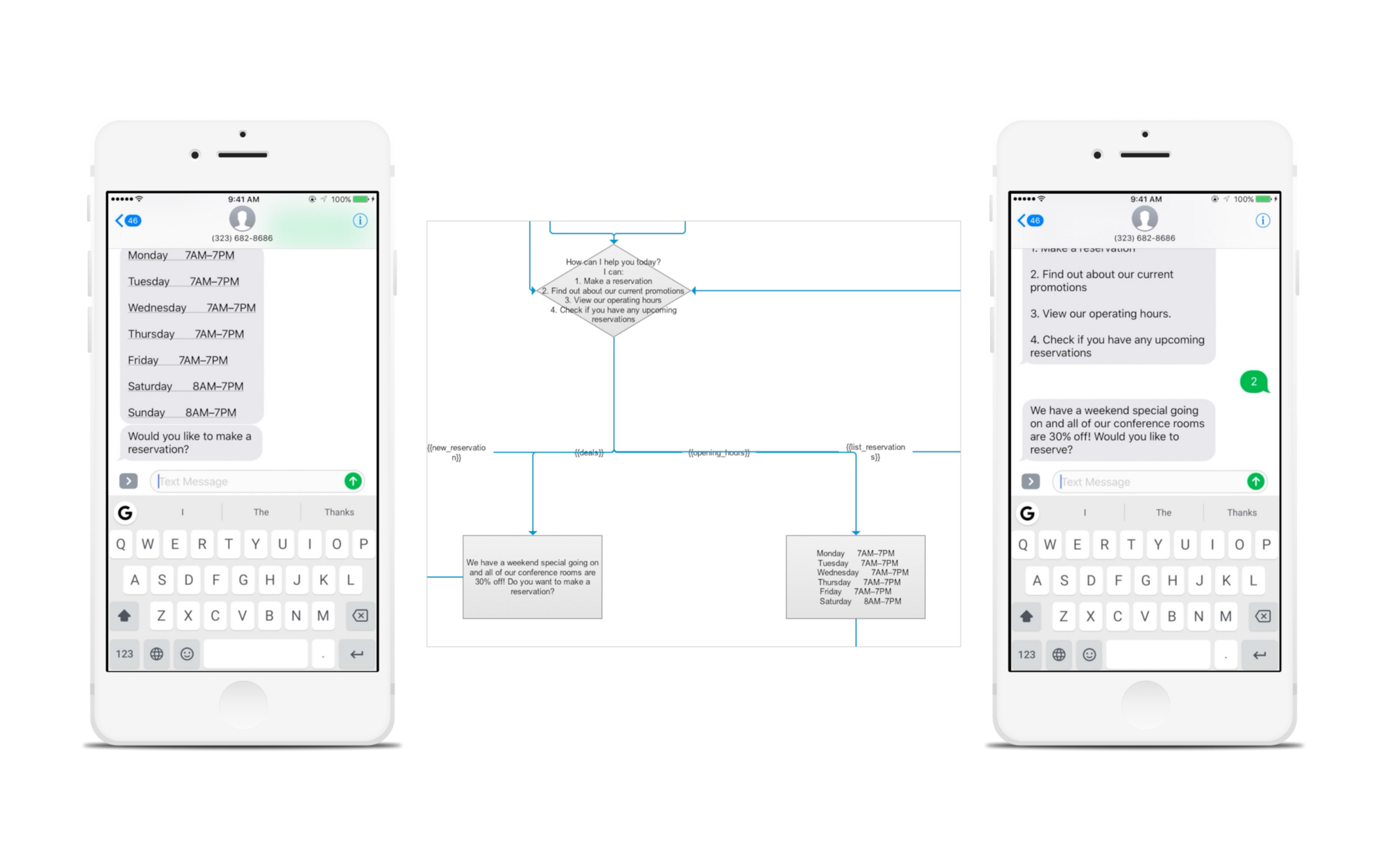 After a task selection is made or a pause is detected, HanaBot follows-up with, “Would you like to make a reservation.” The purpose of this is to keep the conversation flowing and lead the user into making a reservation. 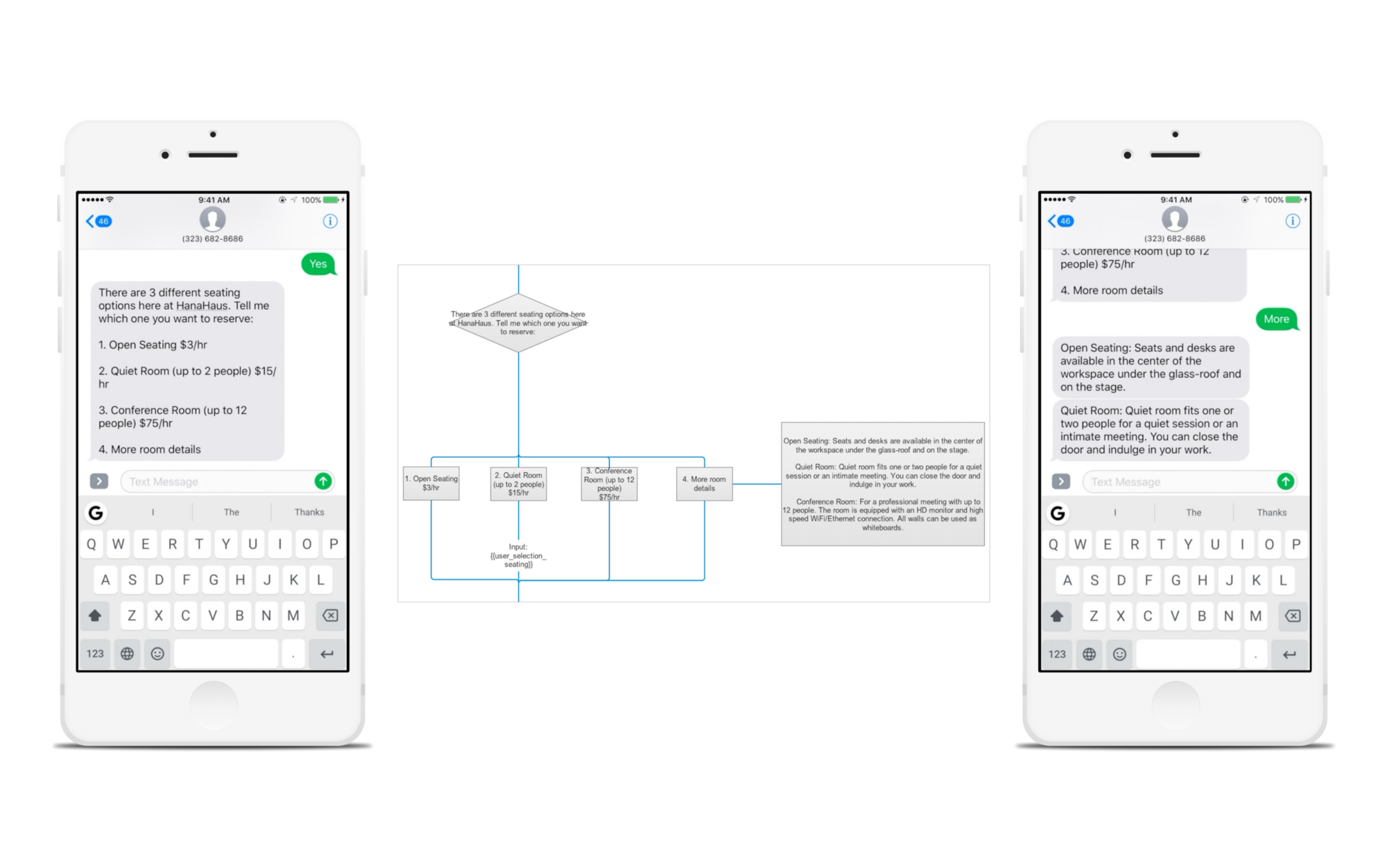 To reserve a seat/room, HanaBot sends the user a list of different options to choose from. Users who are unfamiliar with HanaHaus have the option to view “More room details” before making a selection. 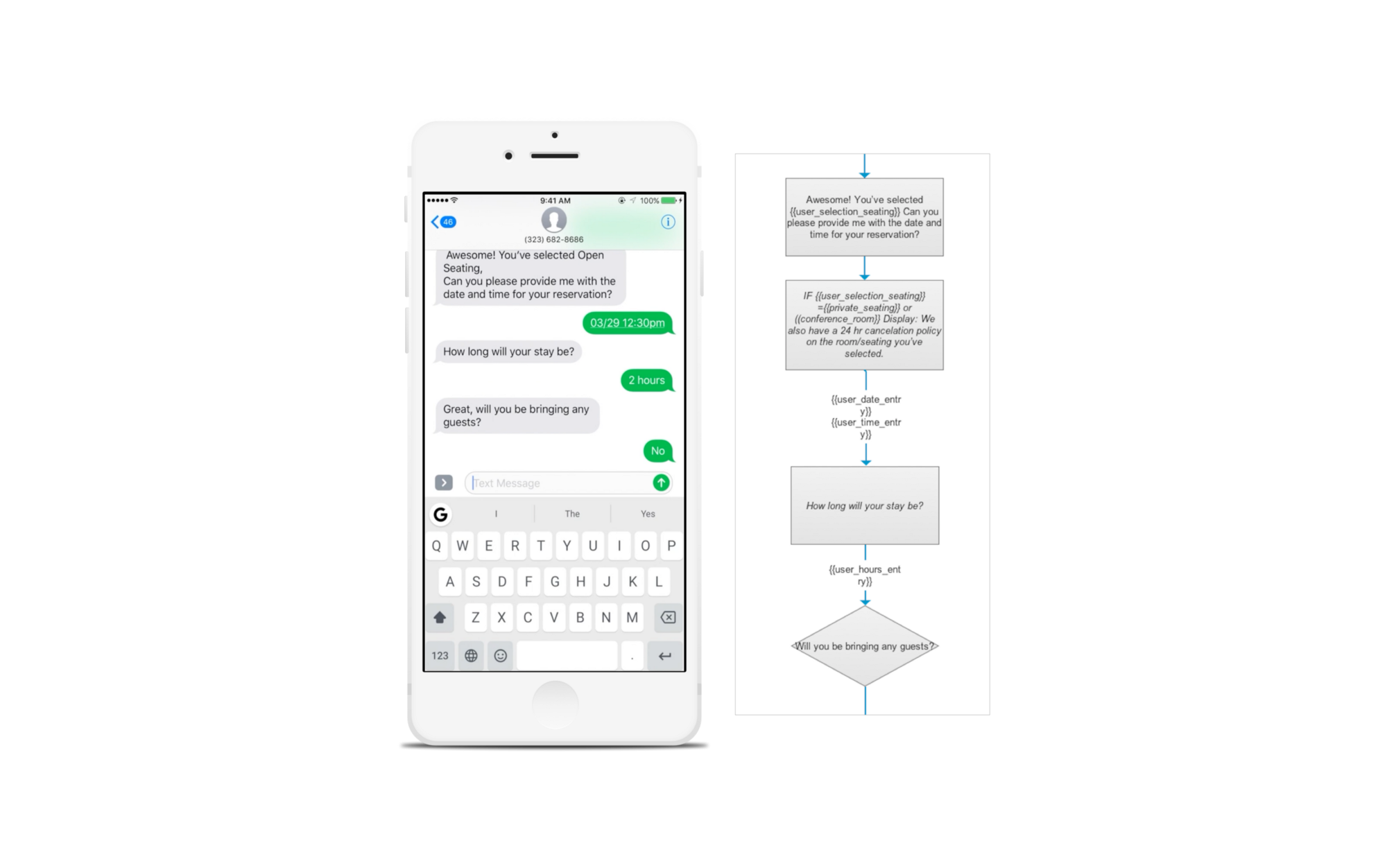 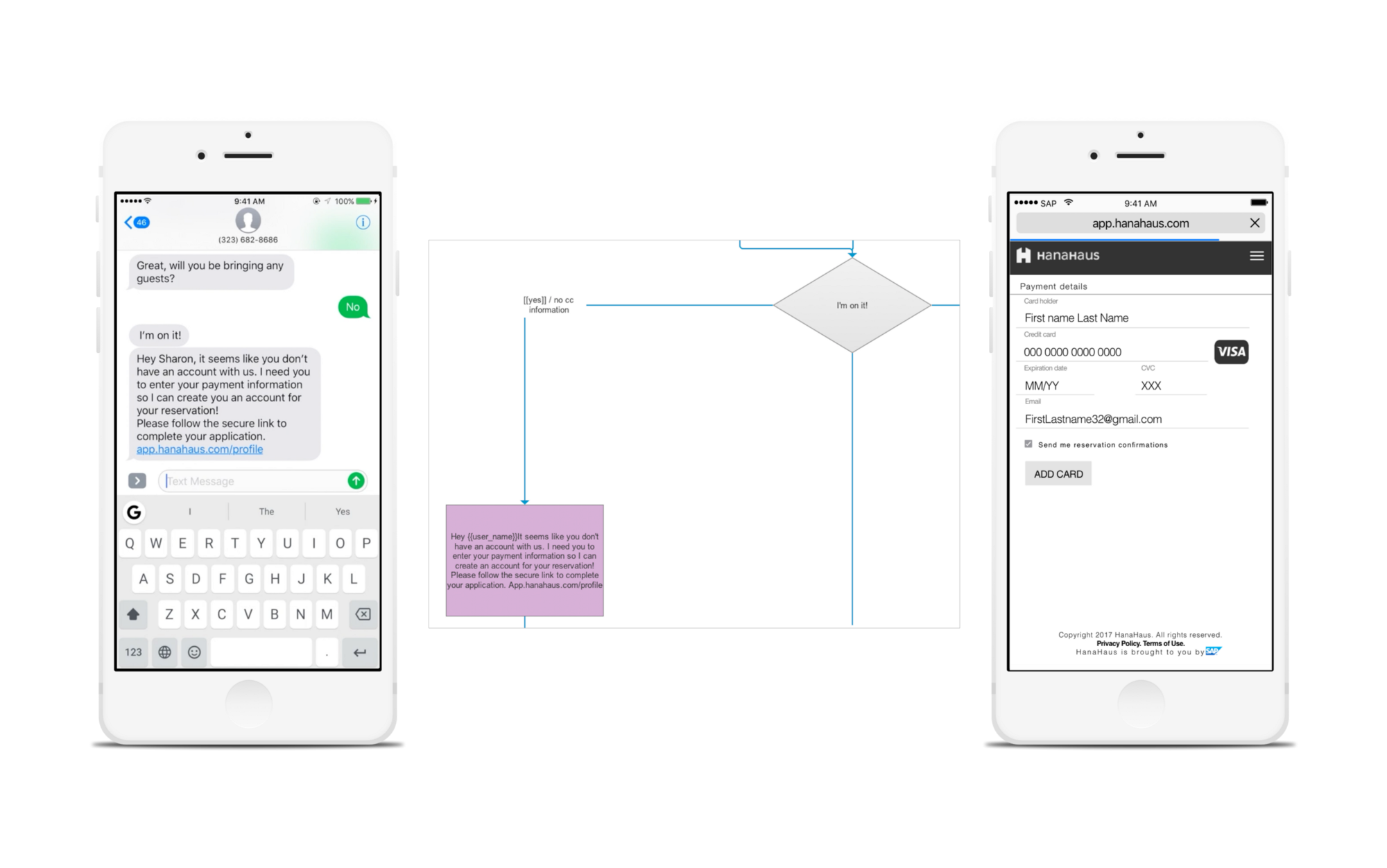 Payment is the last step before reservation confirmation. “I’m on it!” signifies a system check to identify whether or not the user’s phone number is connected to an existing account with a credit card already on file.

For new users, HanaBot will send over a secured link to a credit card form. After the user completes the form, they will be directed back to the conversation.

Regular users who have an existing account, but haven’t used the chatbot yet, will receive a message asking for permission to use the credit card on file.

Speeds users with a credit card already on file and have already given permission to use their stored payment, skip this step and confirm their reservation right away. 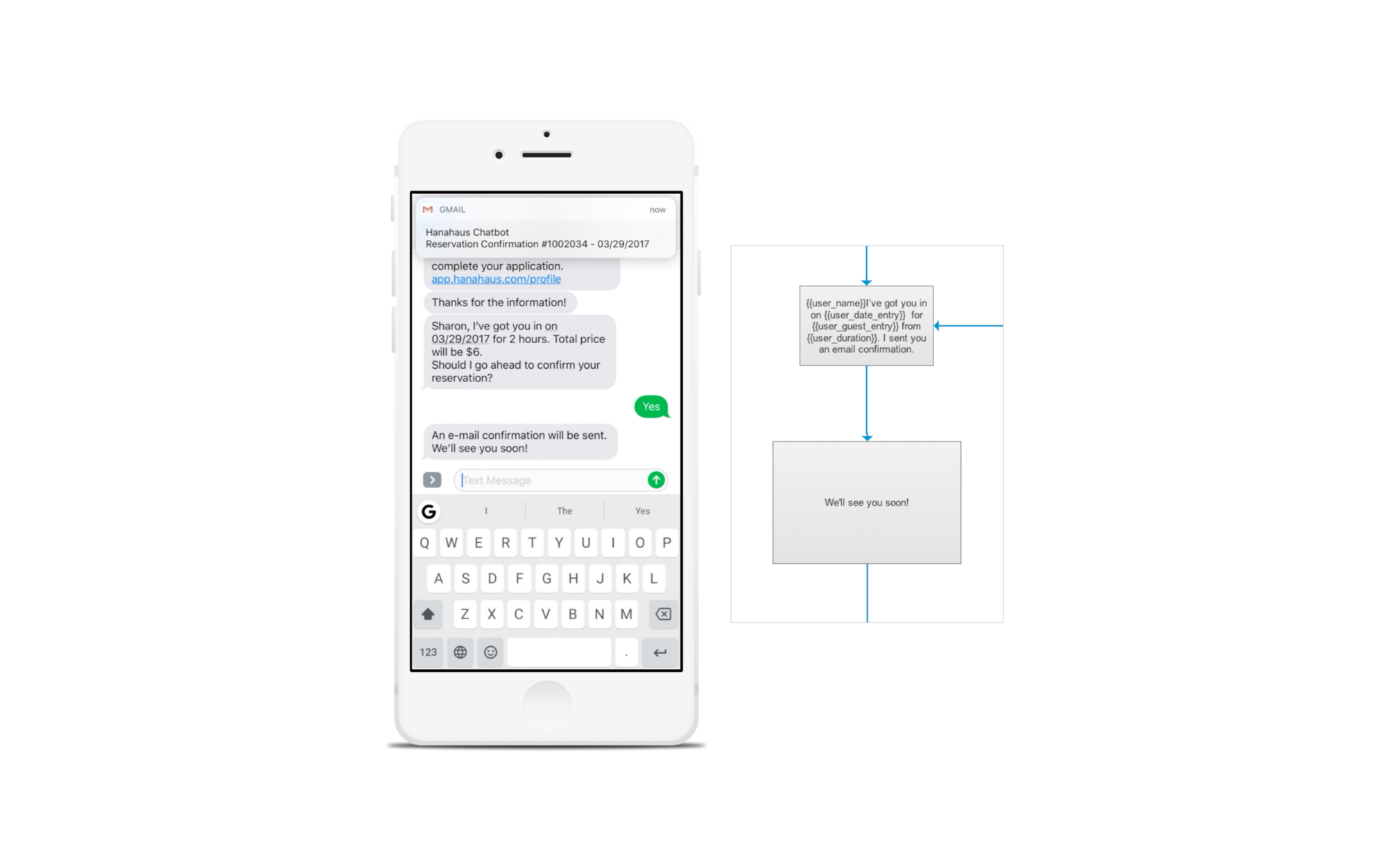 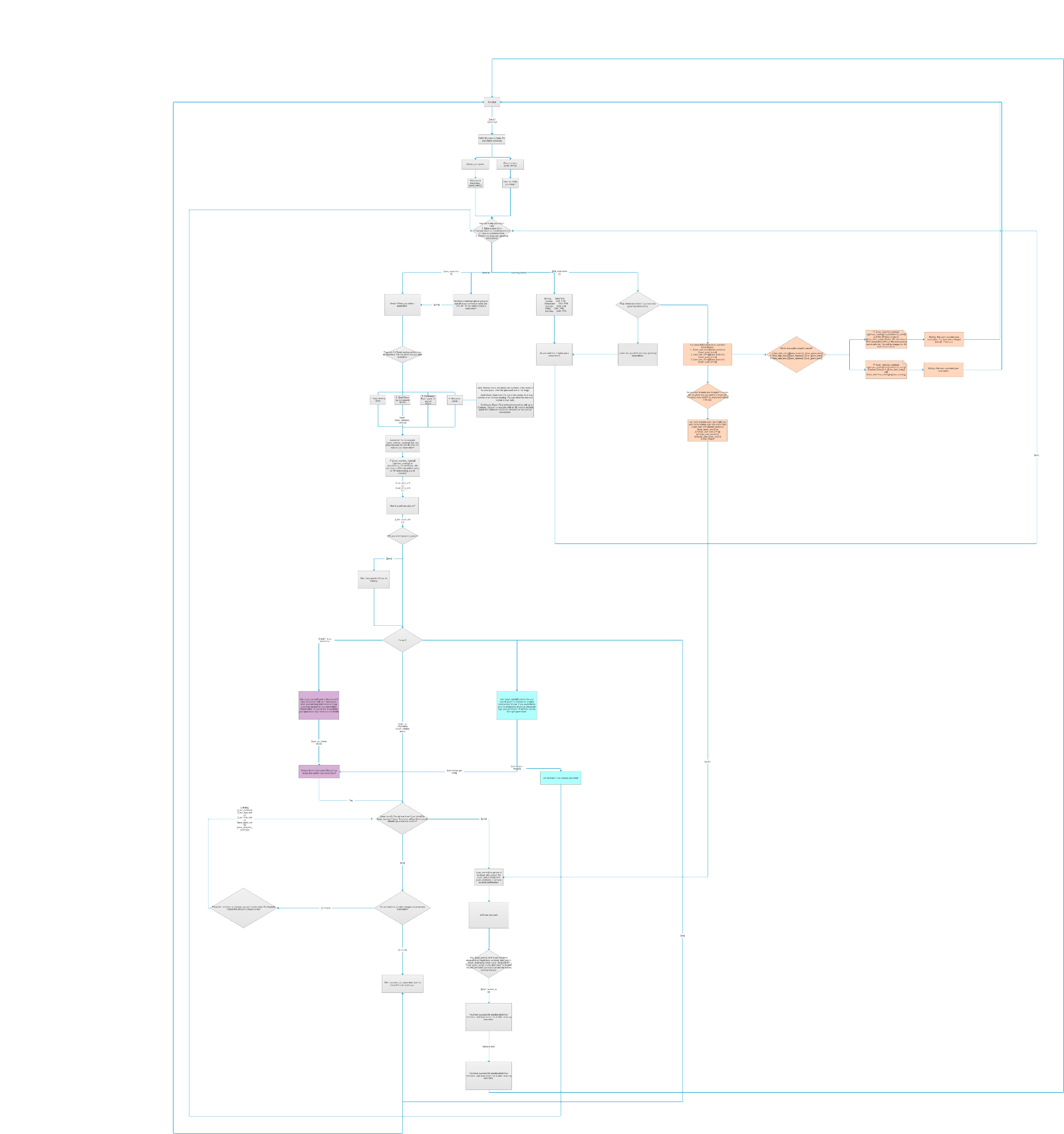