There’s plenty of reasons why gamers love playing video games. However, the chance to explore beautiful and awe-inspiring places has to be right up there as among one of the biggest reasons why people get into gaming.

For anyone looking for a new game to immerse themselves in, here are some of our favourite video games with the most beautiful in-game environments that are sure to inspire you. Most of the the games listed here are available on Steam, so you’ll need to get your Steam credits here before buying them. Let’s get started!

Featuring a visual style that has yet to be fully replicated (at least, to the same effect) since, Ōkami released to much critical acclaim when it first released way back in 2006 for the PlayStation 2.

Borrowing heavily from the Japanese Ukiyo-e genre, the atmospheric action-adventure title was way ahead of its time in terms of graphics. But it wasn’t praised for its realism. Rather, it was praised for its ability to mirror the woodblock printing style that defined Japan’s Edo period and how it was able to perfectly capture its depiction of celestial beings and folklore using the said style.

Due to its timeless nature, Ōkami has been ported over to numerous consoles. First to the Nintendo Wii followed by an HD port for the PlayStation 3. The game eventually made its way to the current generation of consoles such as the PlayStation 4 and Xbox One, as well as Nintendo Switch, in 2017 and 2018, respectively. 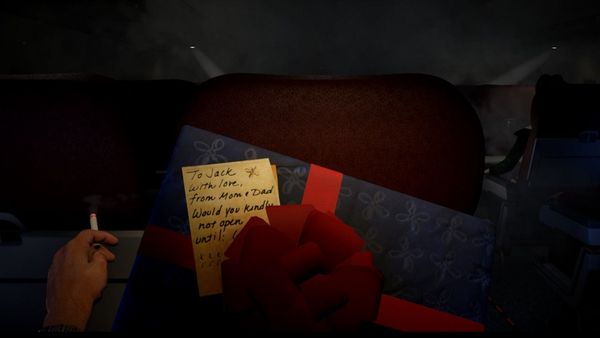 The BioShock series is arguably responsible for kickstarting the inclusion of video games as art, with the first title being the best example.

Set in the underwater sci-fi city known as Rapture, BioShock set the table perfectly for a journey filled with history and purpose. It’s like everywhere you look, you see remnants of the world that was once around you. It also doesn’t help that the environment gives you this eerie feeling that few other games have ever accomplished where it mirrors how you would feel walking down a historical place in the real world.

Dark, violent, thought-provoking, and yet also visually captivating, the first title in the BioShock will inspire you just as much as it will keep you awake. 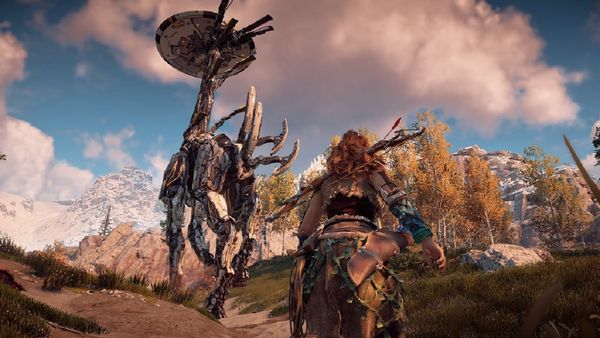 Beautiful in-game environments don’t always inspire. Case in point, The Last of Us.

Although the developers deserve kudos for creating such a vivid realization of a post-apocalyptic world, it is anything but inspiring. However, there are cases wherein beauty and inspiration join together to create a world that’s truly worth immersing yourself in, such as in the case of Horizon Zero Dawn.

Make no mistake. This place is no walk in the park. The place is a true post-apocalyptic world, and yet, it’s so full of life. Its clever mix of foliage as far as the eye can see and robot dinosaurs, as well as futuristic metal, create a role-playing game where you could just find yourself getting lost in the beauty of it all.

An open-world title, Horizon Zero Dawn can be played purely as a stealth game, or as an action-packed shooter. Or, if you’re just like us, who’s looking for some downtime, there’s nothing wrong with just walking around so you can take it all in. 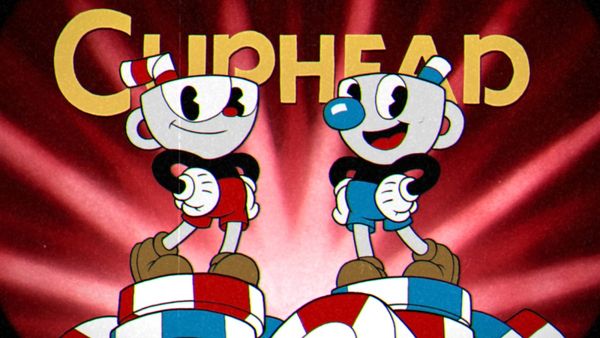 If there’s one thing that we’ve established on our list, it’s that beautiful in-game environments don’t necessarily have to be realistic.

Cuphead, though, takes that notion a bit further up than most would expect.

An obvious throwback to the earliest days of Western animated films, Cuphead embraced its age-old aesthetics to create the sort of characters and environments that you would expect to play in a game that would be decades old but paired it with the sort of gameplay that you’d expect from a modern title.

The result? A run-and-gun shooter that’s easily one of the best video games ever to release over the past 10 years.

Don’t let the cutesy environment fool you though. Even though the game is well worth playing based on its cartoonish aesthetics alone, Cuphead will make you want to pull your hair out in frustration in the latter levels. 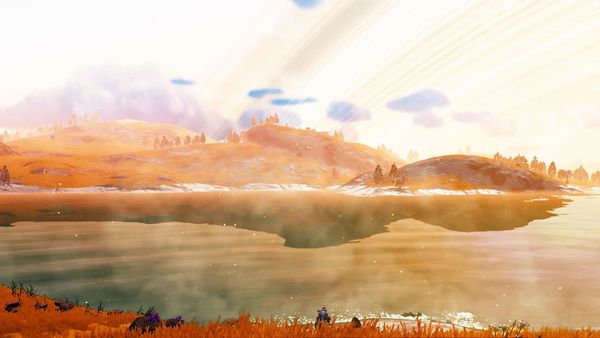 No Man’s Sky will forever live on in the gaming industry as the poster boy of cautionary tales on how not to overhype your game.

Billed as the “next big thing”, No Man’s Sky failed to impress upon its initial launch in 2016. The lack of content and empty worlds turned away most gamers who expected a lot more from it. But, nearly five years later, No Man’s Sky has gone through a number of updates that has enhanced what was already one of the most beautiful in-game environments available and filled it up with even more amazing content.

Even if you have no plans of playing No Man’s Sky in the long-term, the game is well worth jumping into for a couple of hours if only to spend the entire time taking pictures.
Mirror’s Edge

As we’ve already mentioned earlier, when you speak of the words “dystopian” and “post-apocalyptic”, the thoughts of a bleak and barren land often come into mind. However, that’s far from the case with 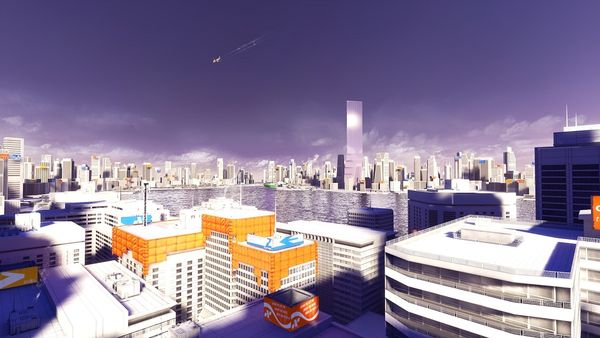 Set in a city that’s never named, this cult classic took gamers to a world that should have already felt familiar and used extremely detailed, as well as realistic textures, to make it feel completely original. The result? A game where you spend as much time feeling in awe of the beauty around you as you are exhilarated by the constant dashing across one rooftop across another.

While Mirror’s Edge Catalyst is the more recent release and does its best to try and recapture the magic that made the original title such a cult hit, we recommend playing Mirror’s Edge.

They say that beauty lies in the beholder, and the same holds true when it comes to video games.

With that said though, we did try our best to come up with a list of video games that are universally beloved for their beautiful in-game environments. We also threw in a couple of different aesthetics to give gamers looking for inspiration so they can find it in a variety of settings and kinds of beauty.