The role of design is consequently evolving. From initially being a domain of communication with a predominant aesthetic focus design has taken a key role in the creation of products and has become a human advocacy. Design has moved into the C-Suite with the appointment of Chief Design Officers (CDO) while Design Thinking shifted the focus from technical to human solutions by advocating human-centrism.

The idea to design for humans seems highly logical and easy to grasp. Everyone gets that, it’s about the human, it’s about designing for people. 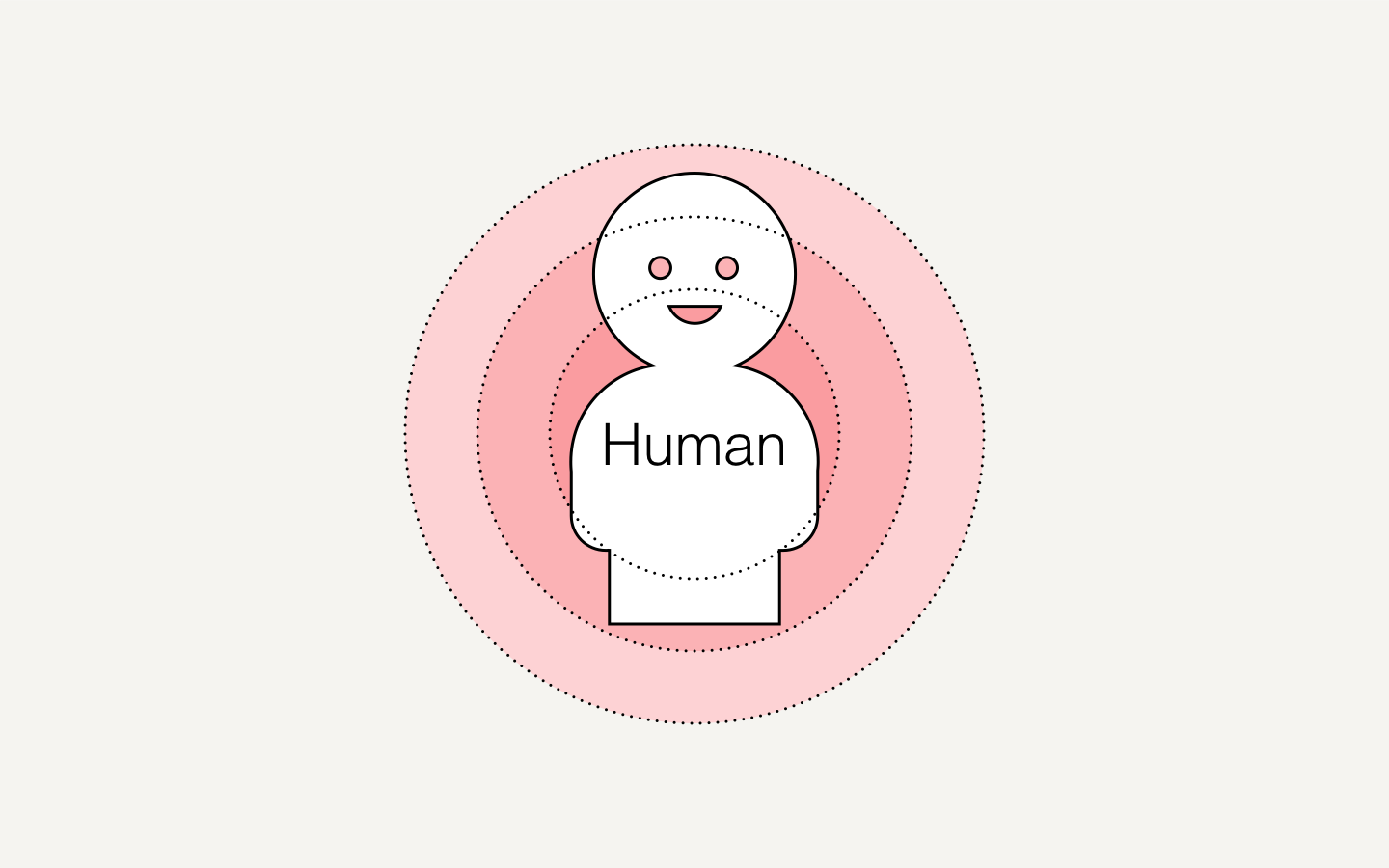 Human complexity is too broad as a center point

It is about ability. Human ability and how to meaningfully enhance it.

From human purpose to activity to ability and back

The aim of solving human problems serves as a human-centered articulation of design and product rationale. But what makes a problem a relevant human problem that is worth solving for? To answer that, let’s look a bit deeper into the core of human existence and its purpose. 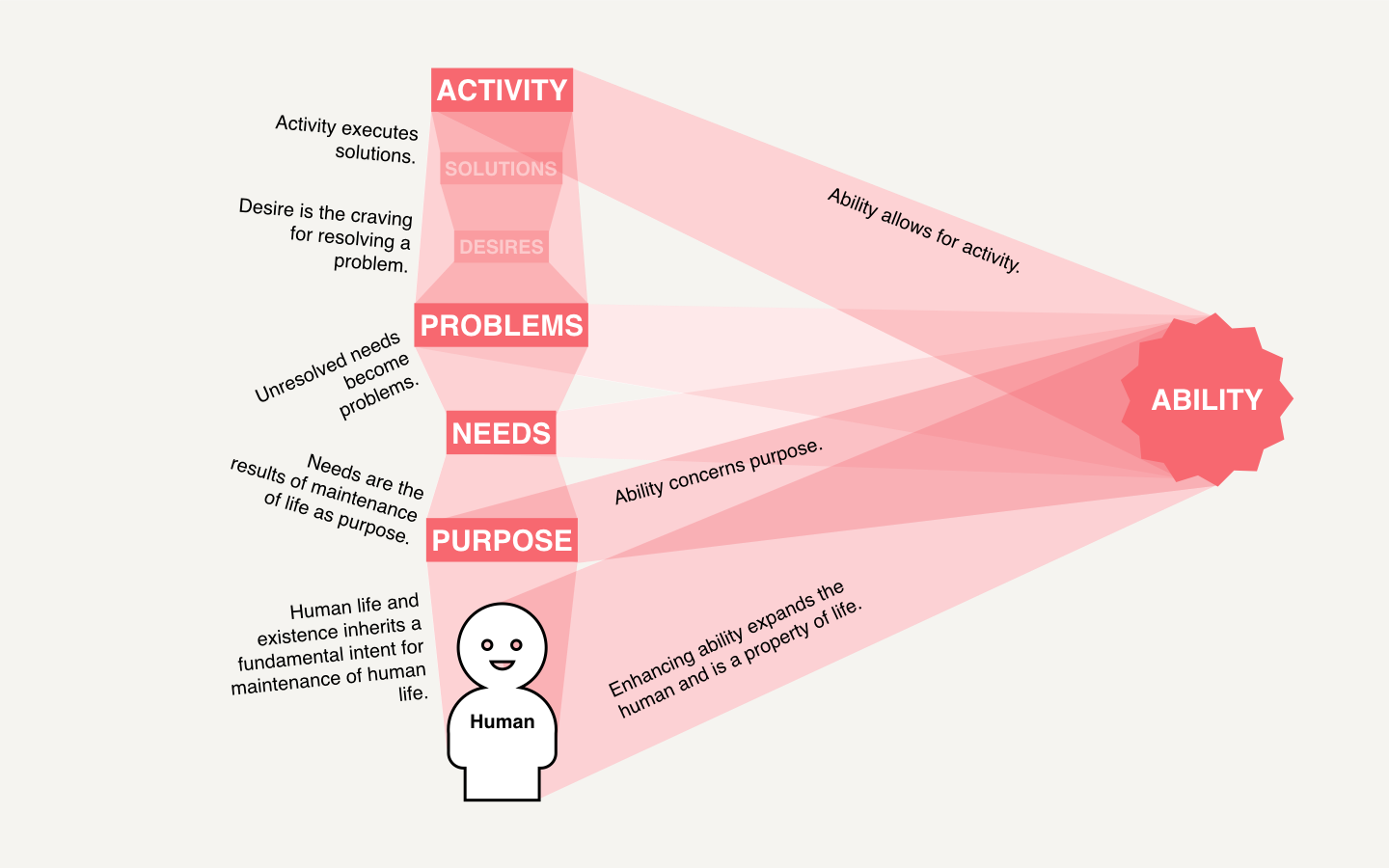 From human purpose to activity to ability and back

Human life inherits a fundamental intent for its own maintenance. Human life’s maintenance as purpose results in human needs — the need to breathe, the need to eat, the need to reproduce, the need to communicate, and so forth. Unresolved human needs become human problems. Desire is the craving for a solution to a problem. A good solution is desirable and is executed via an activity. The execution of activity requires the ability to do so. Ability allows for activity. Ability concerns purpose. Enhancing ability is expanding the human itself. 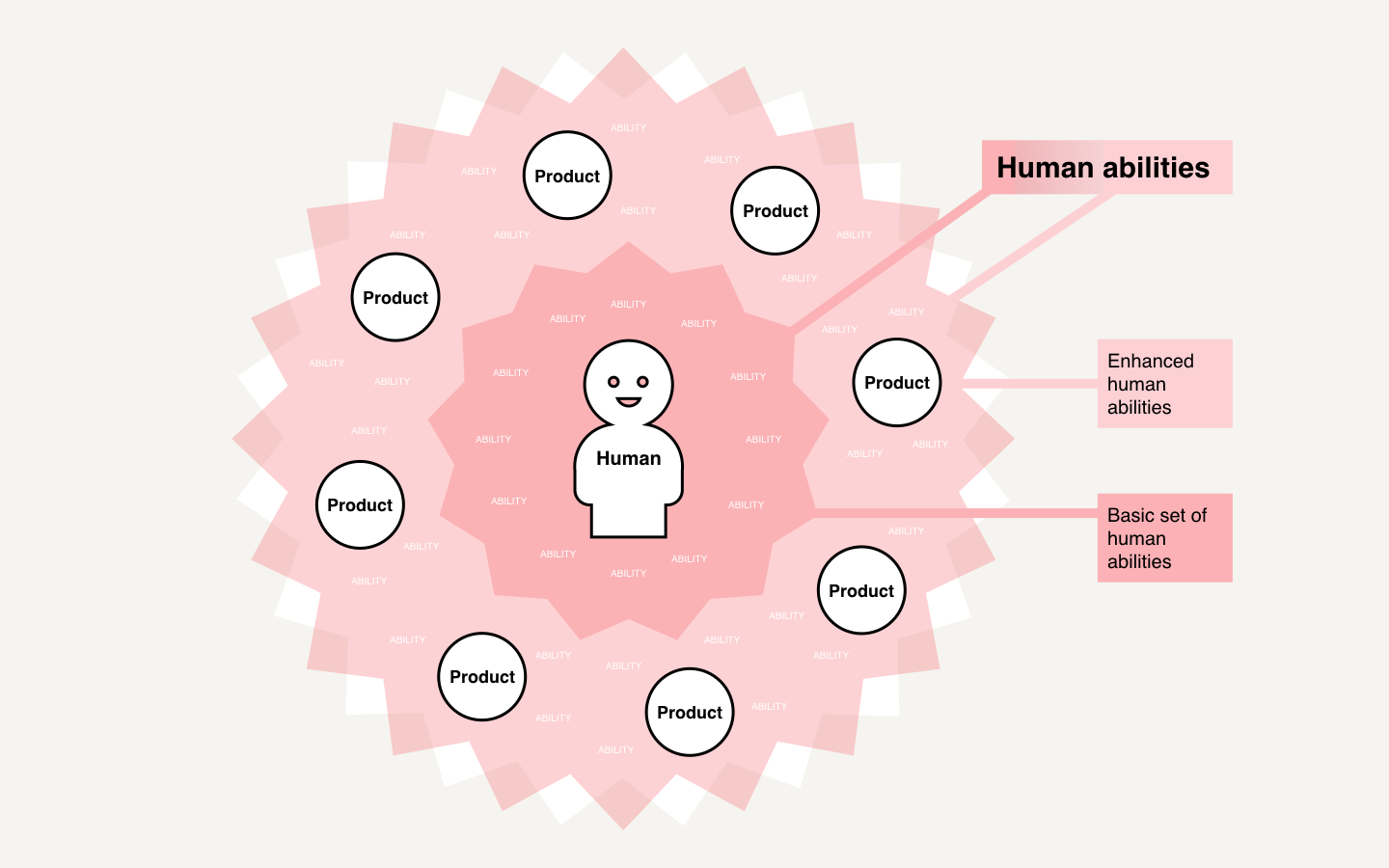 Enhancing human ability can mean both restoring lost or damaged abilities as well as creating new ones. Michael Nesmith, designer at Amazon, talks about the role of design for restoring abilities and how disability drives innovation.

The creation of new abilities can be fear-inducing, explains Amber Case, research fellow at the MIT Media Lab. But society adapts to new technology as norms change with enhanced ability. The ability to visually memorize any given moment of our day by wearing camera glasses might still seem scary today but eventually society will get used to it with new norms developing in consequence.

The products and tools (both physical and digital) that enhance human ability are in a way extensions of ourselves. Any task is a human task. Products address these tasks and help us carrying them out. Enhancement of human ability is the sole reason for a product’s or tool’s existence.

From human to superhuman

Human evolution is the adaptation and enhancement of human ability. The “original” human features a basic set of abilities. These abilities are both mental as well as physical in nature. Natural human evolution has enhanced these abilities to adapt to a constantly transforming environment.

We as humans have taken evolution into our own hands by initiating an enhanced (technological) evolution by creating products and tools that further enhance our naturally given abilities. 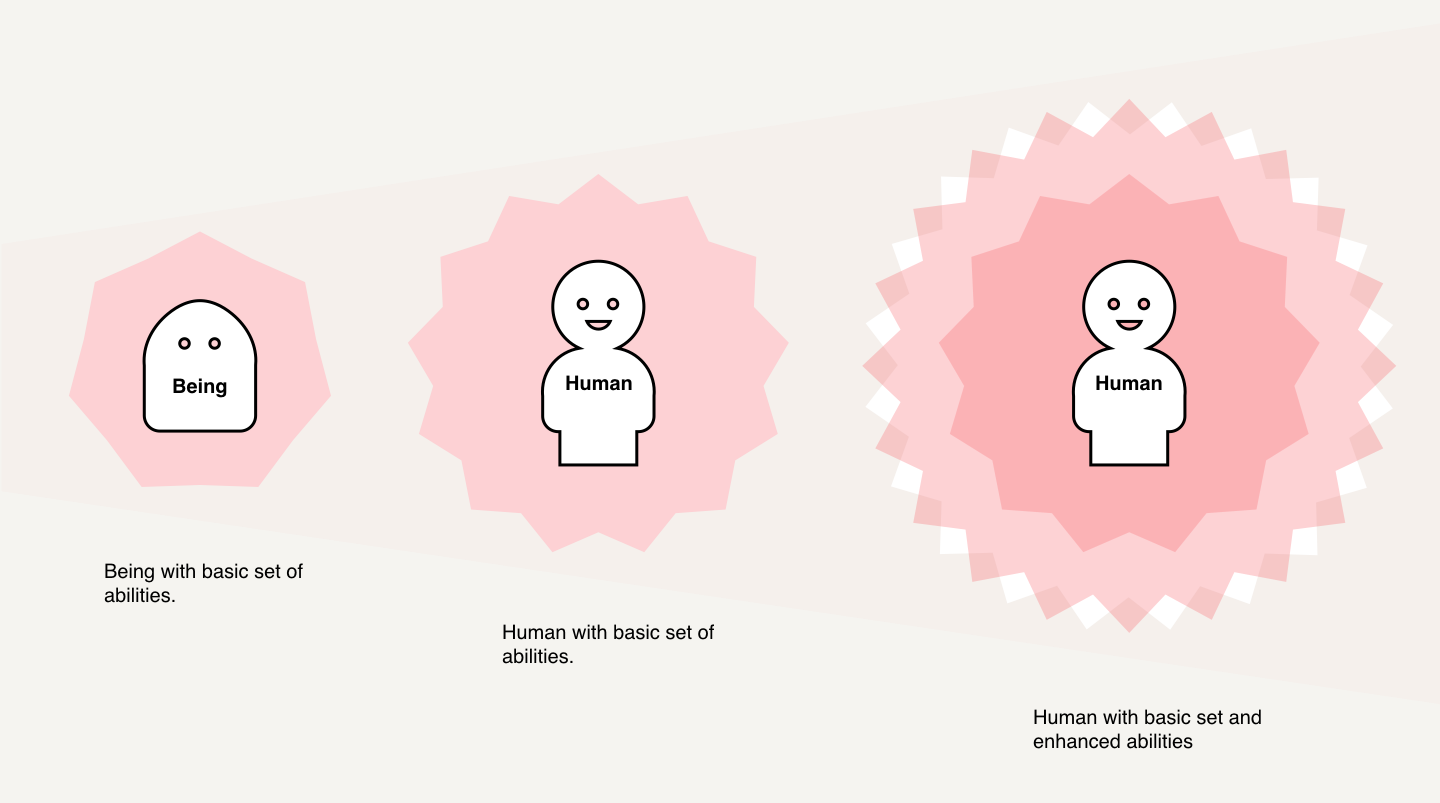 The ability for new senses beyond basic human senses such as vision and hearing can be expected to be a wildly fascinating topic. It will change the way humans perceive the world, as neuroscientist David Eagleman explains in his TED talk about new senses for humans. He talks about feeding real-time data (for example stock market data) from the internet to the human brain and how it can become a direct perceptual experience. In a more radical approach, Elon Musk’s Neuralink aims at enhancing human ability by implanting devices directly into the human brain to help humans merge with the advancements of artificial intelligence. 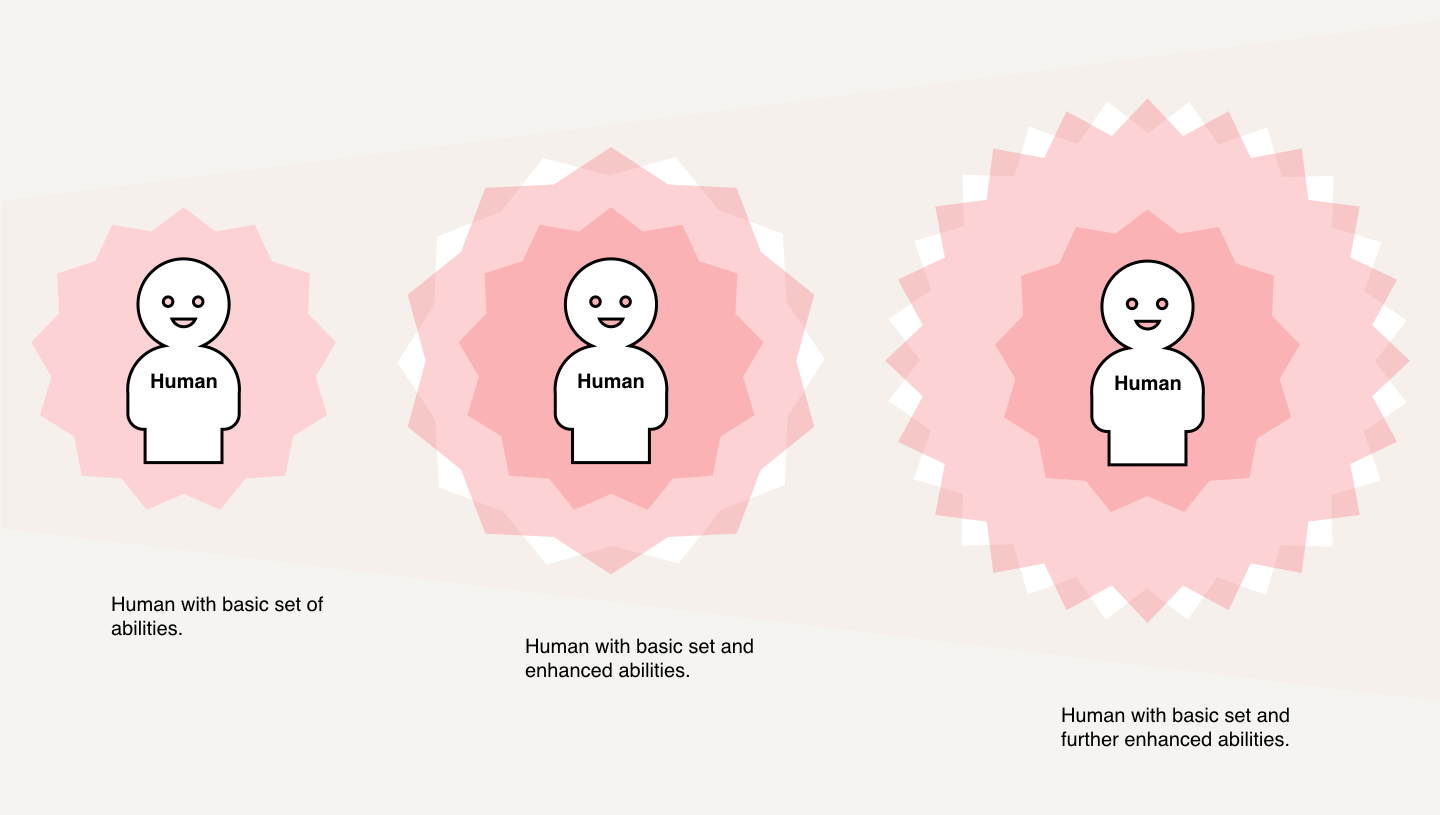 We need to understand that enhanced technological evolution is part of the broader evolution of our species and that design plays a crucial role in it. By embracing design’s role in enhancing human ability we can sharpen its focus beyond the broader intent of human-centrism. In this sense, design needs to be understood as a human advocacy with focus on relevance and enhancing human ability.

I would not think of Human Ability Enhancing Design as a full-scale methodology. It rather refines and sharpens the human focus that Design Thinking and design as a discipline advocate.

Yet there are methods that can further enrich current design processes and can help design focus on enhancing human ability:

Products empower humans and enhance human ability. Designing with that premise is the key to connecting design to the deepest layers of human existence — to an almost spiritual domain. Products are extensions of the human solving human problems and allowing for human activity. If design articulates the deep connection of human ability to human purpose accordingly, the result can be an excessively delightful product experience — the Ultimate Delight.