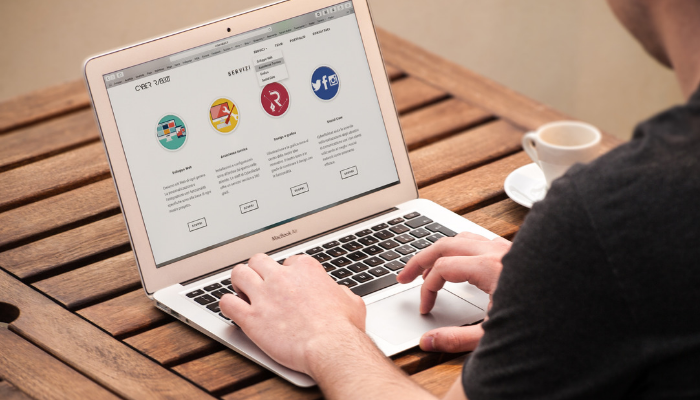 DevOps is a process for web development that brings developers and operations teams together.  This structure tries to eliminate common problems with development through joint scoping before a project kicks off and closer collaboration during development.  This combined team effort allows companies to streamline the development process and bring products, website, apps or services to market faster and with fewer errors.

Having the right tools will support your DevOps structure and set your team up for success.  Software development tools allow developers to create, edit, debug and maintain their projects. And, development tools take many forms like code editors, debuggers GUI designers and assembler tools.

Here are a few of the best software development tools for developers and their teams. . While these tools will help with the development phase, it is also important to understand the overall web structure, design elements, and hierarchy of information before you get too far into development. These are essential tools that reduce build times and integrate well with other build tools.

Atlassian’s Bamboo is a continuous integration and delivery tool. Developers use this helpful tool to merge codes in central repositories. It lets other developers access codes for their teams for better collaborations and workflows.

Features include tracking builds and deployed versions for every environment. A log analyzer reports on the server’s health and you can set up automatic backups. The agent infrastructure lets you build agents on a different platform. Other features include several add-ons (most are free) for the integration of other build tools like Artifactory and SonarQube. Bamboo has pricing plans available for teams small and large. Builds can run in the cloud with BitBucket pipelines.

JFrog Artifactory with NPM Registry is a comprehensive solution that provides all the tools needed from code to deployment. Using this tool, teams can improve efficiencies and decrease build times. Artifactory is enterprise-ready. As a repository manager, it supports clustered high-availability NPM registries. It provides end-to-end solutions for better tracking during the development and production stages. JFrog Artifactory is an enterprise-grade repository manager who’s customers include Google, Oracle, Cars.com,  CA Technologies and nearly 70% of Fortune 100 companies. Additionally, nearly 3 million developers use JFrog for projects of all sizes.

JFrog supports software created in practically all languages making it easy for developers of all experience levels to use. It fully integrates and automates with CI servers and build tools. Additionally, JFrog offers a flexible open source solution your team can use with ecosystems such as Docker and Puppet. JFrog also works with Helm repository to offer privacy and access control for Helm charts.  JFrog has different pricing plans for unlimited users (on-premise). They also offer scale-as-you-go plans for the cloud.

Linx is a low code xero API plugin. The tool lets developers design, deploy and host their automated web services and backend apps. Features include a drag-and-drop IDE and server and one-click deployment to servers. With more than 100 prebuilt components available, it helps to improve development times and reduce delays – and you don’t have to write any code.

Developers like Linx because you can automate your complex workflows and use event-driven tasks to maximize business processes. Live debugging works with a step-through logic. Linx also allows for various types of file formats (binary, text). And, you can use simple object access protocol (SOAP) or Representational state transfer (REST) web services.  Linx offers a free 7-day trial. Pricing plans are available for developers, professionals, businesses and enterprises.

With the right tools in place, your DevOps team can deliver software continually and ultimately provide better end-results in a faster period of time. Additionally, using these tools will allow teams to pass off tasks and responsibilities while still developing a culture of collaboration. Having the right tools in place can mean the difference between late, expensive development and delivering software on time and in budget.

The decision to use which tools if often best made by a small team, rather than by a single individual as nearly everyone will come into contact with these tools at some point during development. When only one person chooses which tools, it can lead to low adoption. Whichever tools you wish to try out from the list above, they each play an important role in software development.

The right tools will make the most of the DevOps team and structure. They can reduce build times and help to improve team collaborations.  The right tools can also reduce errors and prevent costly delays or re-builds. These software development tools are all recommended by development teams, organizations and enterprises.