The app comprises of four tabs: Feed (default selection), Explore, Record, Profile and More. Although the Feed is the default selection, most of the times, as soon as I open the app, all I want is to start recording the activity, i.e, running or cycling. However, in the current setup, I have to first switch to Record tab, select activity to record and then hit record.

As you might have imagined, it’s a pain in the butt to switch tabs, select activity and then start recording. Too many taps, even in the repeated use case.

I do understand the idea behind Feed being the default tab — social motivation, but there has to be a better way. 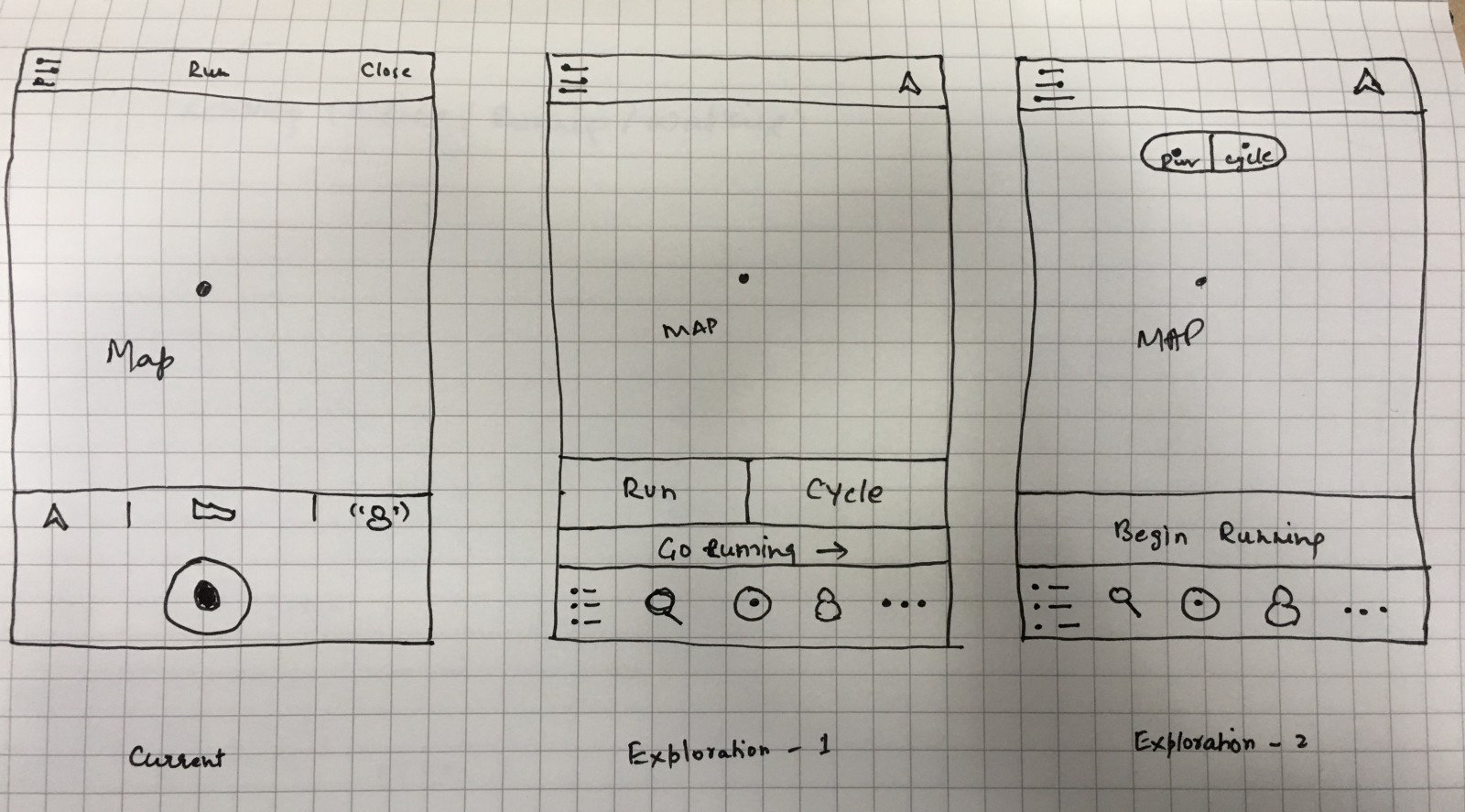 The goal was to make the recording of an activity as fast as possible and in terms of design, bring this tab in parity with the other tabs.

Since Strava only allows to record running and cycling as activities, it made sense to show them upfront. One tap to change the activity and one tap to start recording. Selecting the cycling option, changes the call to action as “Begin cycling.” The solution couldn’t have been simpler than this. 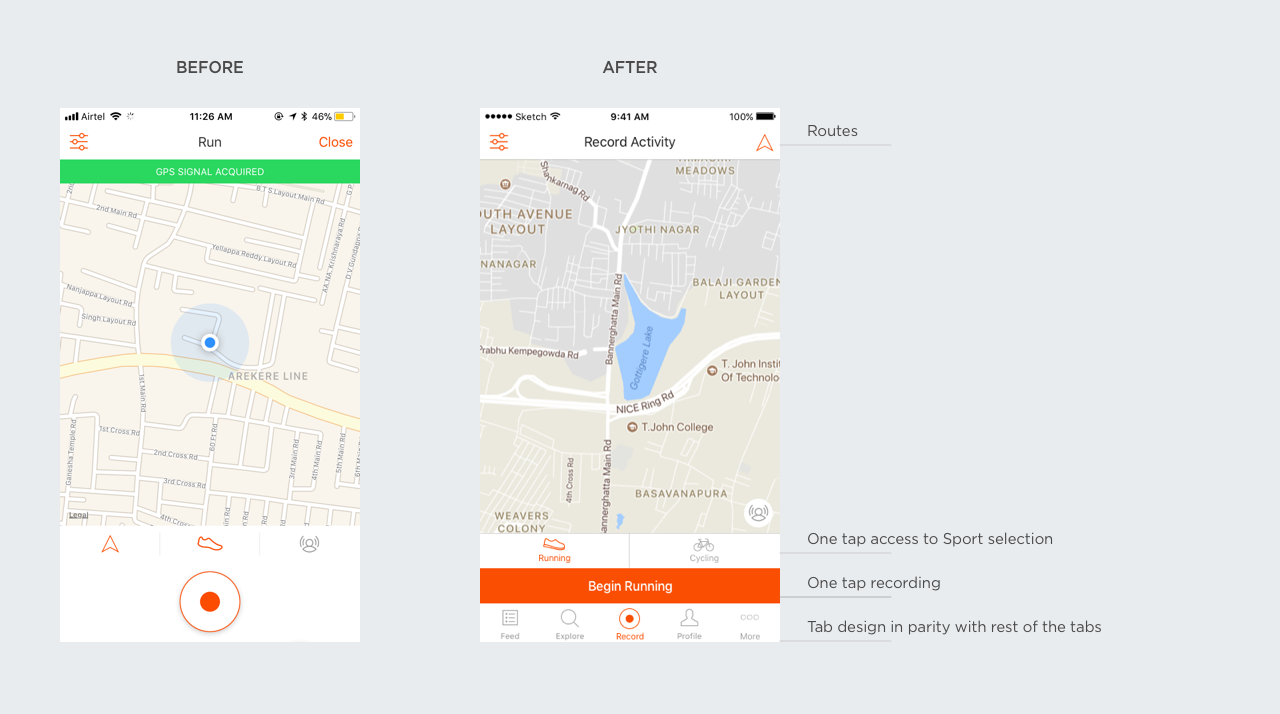 Current and suggested approach for recording an activity