In this Photoshop tutorial, I will show you the steps I took to Create an Unique, Dark Surreal Photo Manipulation with Nebula Effect in Photoshop. This is an intermediate level tutorial so some steps can be a bit tricky, but why not have a try

Along the way, we will be using some simple retouch skills, as well as some custom brushes and the liquify filter to produce special effect.

Here is a preview of the final effect I have for this tutorial: 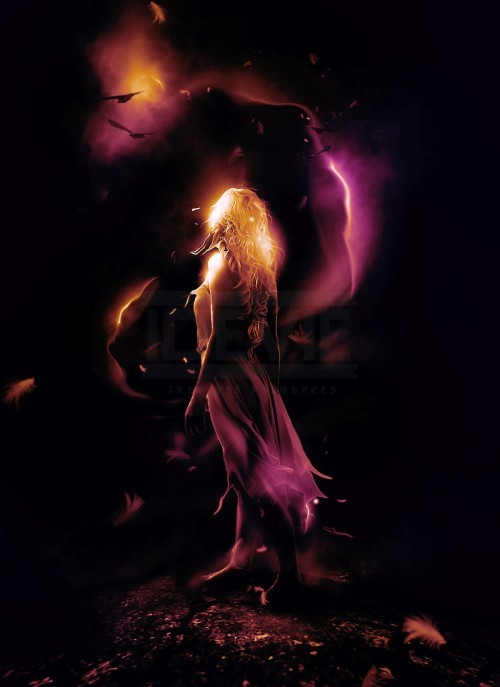 You will need the following stocks:

Create a new document with black background sized 800px * 1100px. Load the crack texture into Photoshop and cut out a piece of it and paste it onto our document, compress it down and perspective it with the free transform tool: 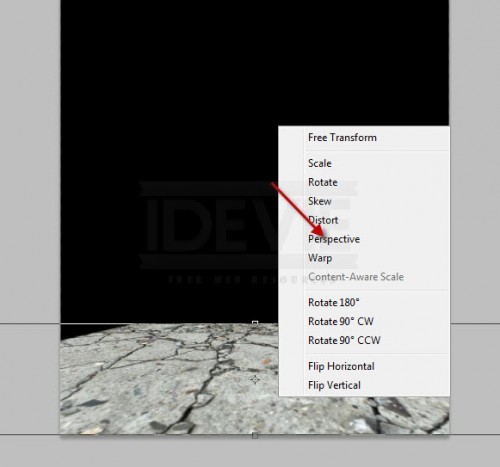 Use a soft eraser to remove the edges off the texture as shown below:
Hint: set the eraser flow and opacity to around 50% both. This will help creating depths and light on the ground.

Add the following 3 adjustment layers to the ground texture layer as clipping mask:Black and White 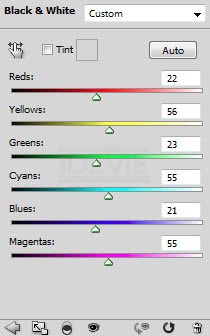 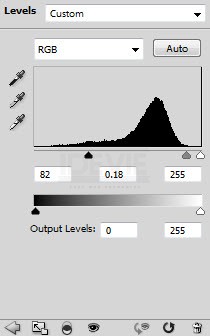 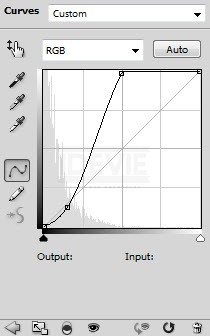 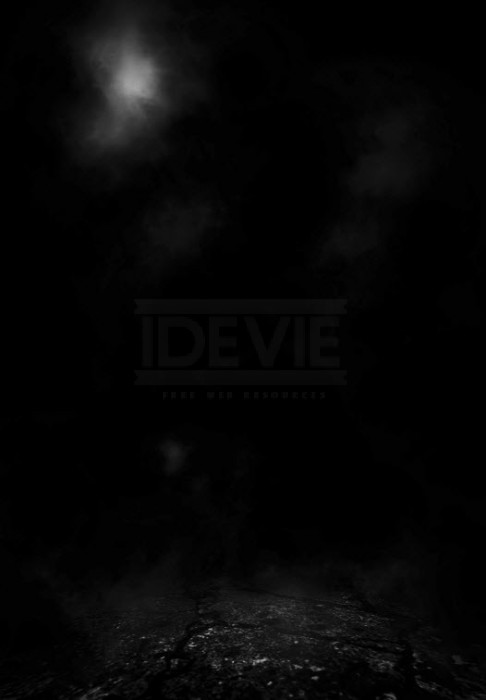 Load the model image into Photoshop, cut out the model and paste it onto our document – don’t worry if the edges is a bit rough, it’s not important in the tutorial: 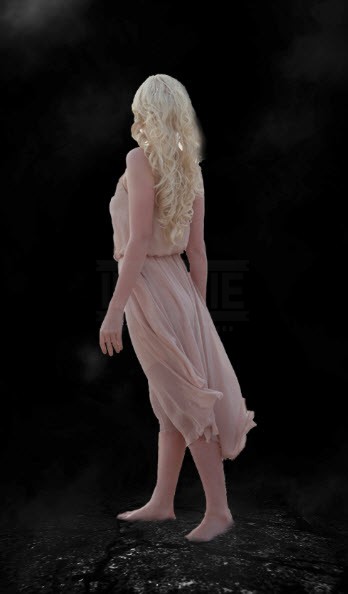 We would be adding some flying/liquid effect to the model – so bring up the liquify filter and apply the following settings to the forward warp tool:

Apply this to the model’s skirt and some other areas as shown below: 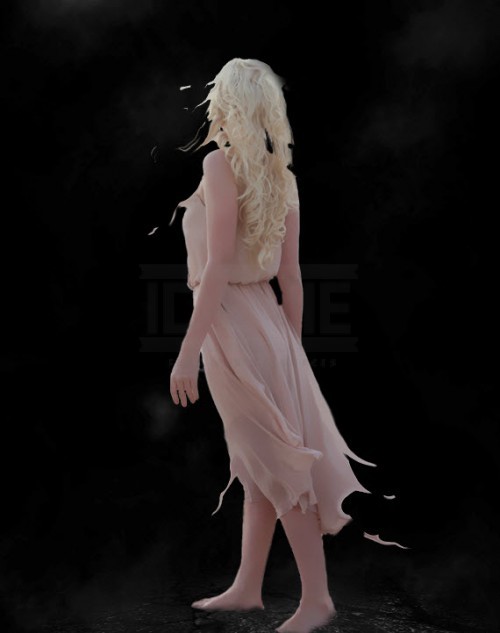 Now let’s add the following 3 adjustment layers to this model layer as clipping mask:Black and White 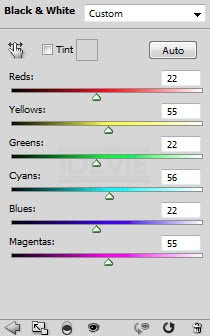 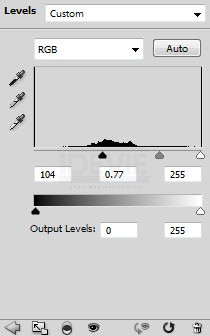 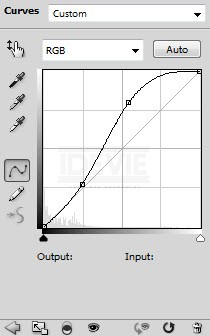 Use a soft black brush to paint some shadow under the model: 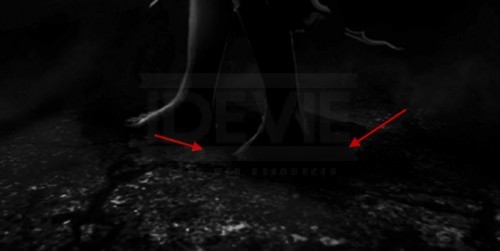 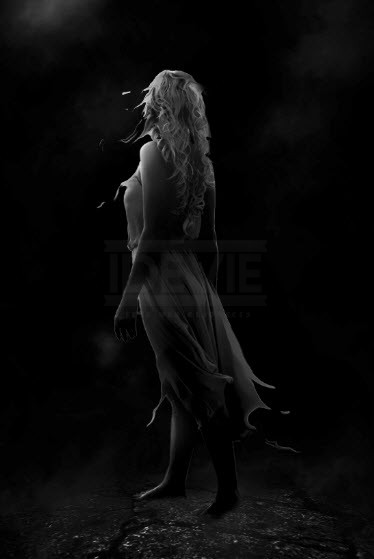 Now let’s add some hair to the model to make up for the selection – create a new layer and draw a curvy path as shown below: 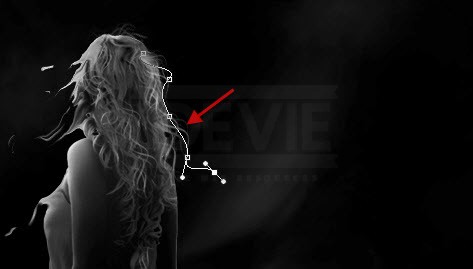 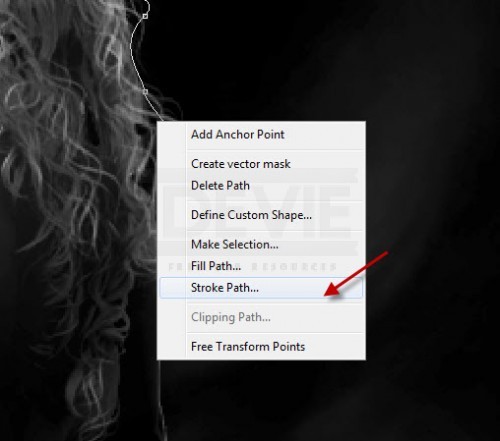 Stroke the path with a 3px hard white brush (with simulate pressure option turned on), duplicate the stroked line layer a few more times, adjust each layers opacity for some depth: 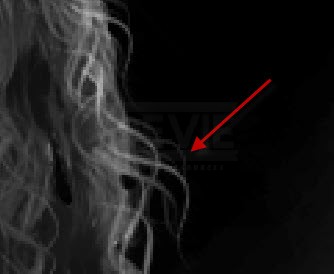 Duplicate this hair group a few more times, resize and attach them to different part of the model’s hair for some variety: 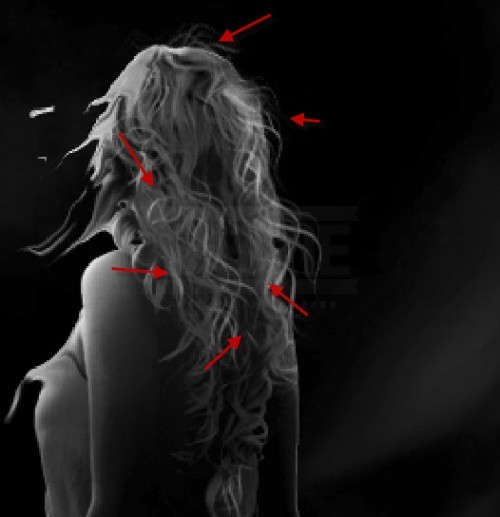 Now let’s add some simple nebula effect around the model – Create a new layer and use a soft white brush to paint a big white dot over the model: 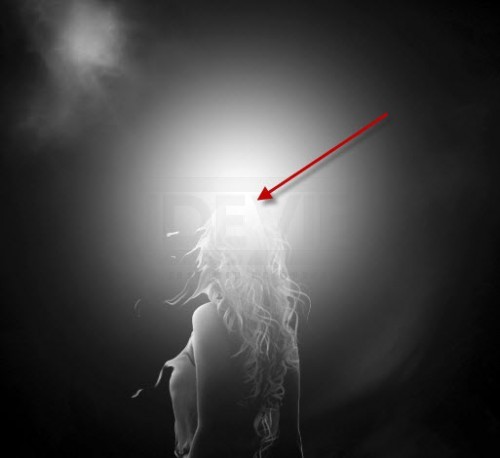 Use the smoke brush set as an eraser, erase some parts off the white light (specially in the centre and around the edge) as shown below: 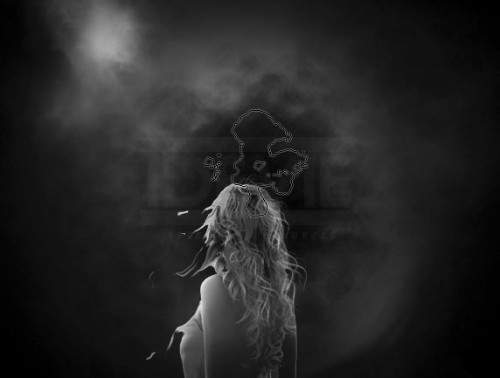 Use the liquify filter’s forward warp tool, push the cloud from the centre toward the edge, you will have the effect below: 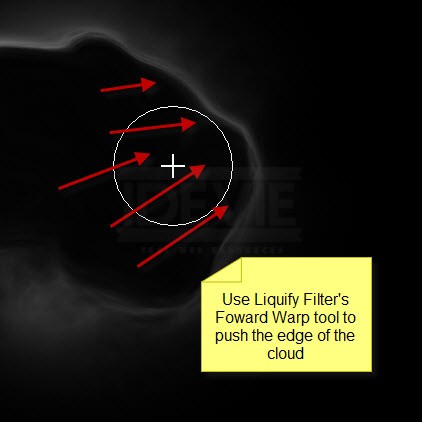 Erase the left half of the cloud and leave only the liquified part, and here is the effect so far: 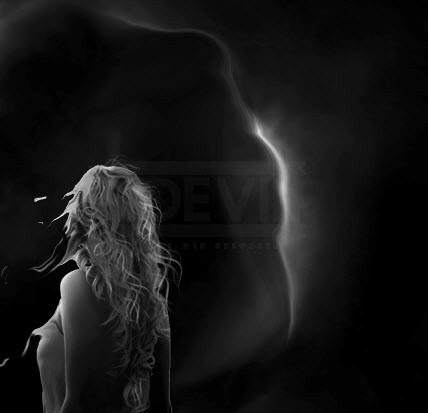 Duplicate this layer a few times, resize and scatter them around the model as shown below: 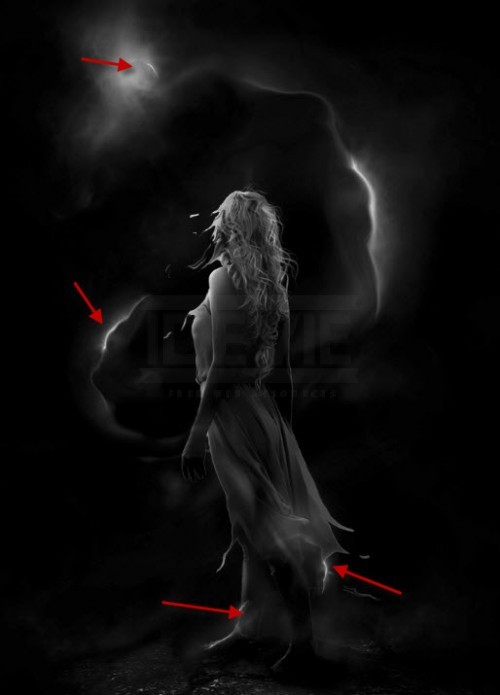 Now let’s adding flying creature into the image. I decided to go with eagles – and let’s load the eagle stock image into Photoshop, cut of two of them from the image and paste it onto our document, resize them to a smaller scale, place them above the cloud as shown below: 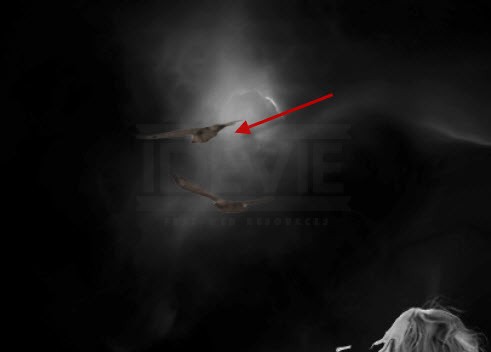 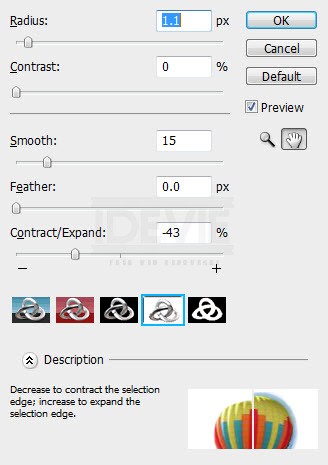 Add the following 2 adjustment layers as clipping mask to this eagle layer:Black and White 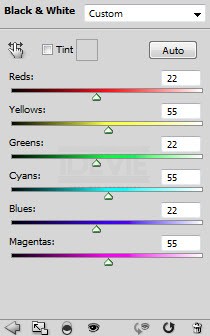 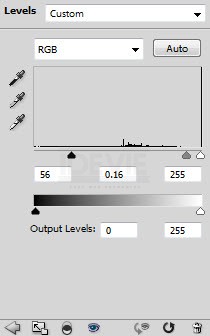 and here is the effect after the adjustments for the eagles: 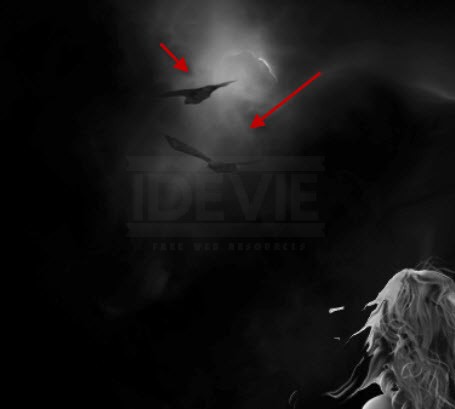 OK we’re almost done! For some final retouches, I added some highlight with a soft white brush painting over the hair area shown below: 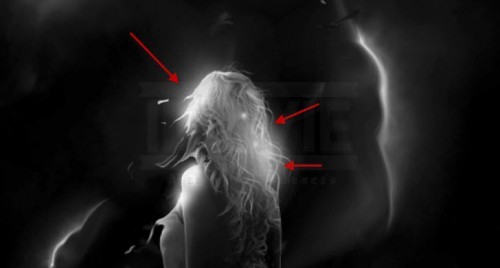 Also I used some feather brushes to paint some falling feather to add some more surreal effect: 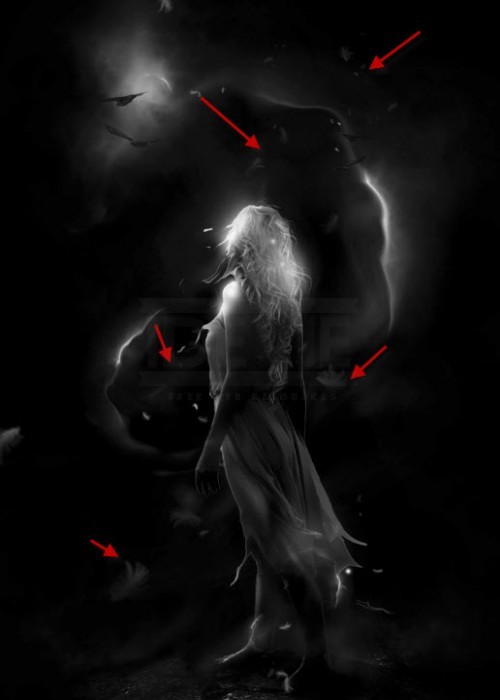 Further added some colour with a few colour balance adjustment layers on top of the all layers, and here is the final effect I have: (click to enlarge)

That’s it for this tutorial! Hope you enjoy it and find it useful! Till next time, have a great day!