Today, practically everyone has an advanced smartphone that can do amazing things for you. Smartphone designs, however, have changed greatly since they were first introduced in the mid-1990s. You’ll gain a bigger appreciation for your current smartphone after you consider how the design for these devices has evolved over the years.

IBM built the first smartphone in 1994, before most people owned cellular phones. The IBM Simon stands out because this phone did much more than make and receive phone calls. It had a built-in personal digital assistant (PDA) with apps that you could use to access emails, store contact information, and get news and maps.

IBM obviously invested all of its resources into Simon’s technological capabilities. That observation becomes obvious when you see the device’s lack of aesthetics. The phone looked like a big brick with a grainy, green touchscreen. Few people wanted to buy it, but IBM managed to sell about 50,000 units to early adopters who cared more about the phone’s advanced technology than its looks. 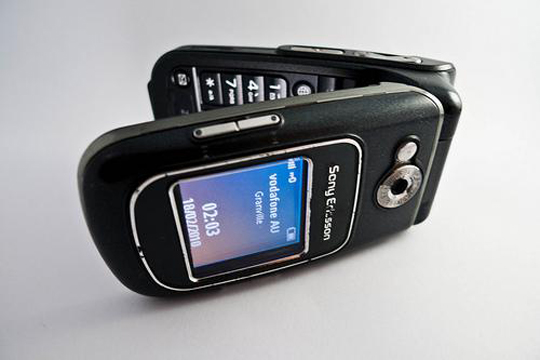 Clamshell smartphones began to appear in the late 1990s. The early models, which were sometimes called flip phones, were expensive and didn’t go over well with consumers. Also, these devices may not have qualified as smartphones since many of them could only place and receive calls. Eventually, the prices came down and the technology improved. More people soon discovered that they loved the convenience behind clamshell phones.

Clamshell phones offered many advantages for pre-2010 consumers. The design allowed people to slip phones into their pockets. When they wanted to place calls, people could pull out their phones, flip them open, and gain access to a hidden keypad.

The flip design also helped consumers protect their investments in technology. For the most part, these phones were tough devices. When closed, a hard plastic case protected the phone on all sides. The clamshell design also helped to prevent unintentional pocket dialing. With the keypad securely folded into the phone, people couldn’t accidentally place phone calls while walking.
Early clamshell phones had alphanumeric keypads. Touchscreens, however, didn’t appear until 2009. The keypads made sending emails difficult, but more flip phones eventually adopted touchscreens that made tasks easier.

PDA smartphones coexisted with clamshell designs during the early 2000s. Designs with a screen at the top and a keyboard at the bottom dominated the fronts on most of the PDA phones. The larger keyboard enabled users to more easily type emails and URLs. People who felt frustrated by the small clamshell keypads often turned to PDA designs that let them type with two thumbs.

Interestingly, some of the earliest PDA-style smartphones didn’t have built-in speakers. Instead, users had to use wired headsets when placing phone calls. This design approach may have helped manufacturers save some room, but it wasn’t convenient for people who wanted to place calls regularly.

A Phone With a Large Touchscreen

Smartphones have come a long way over the last decade. Improvements in touchscreen, processor, and memory technologies have allowed companies to manufacture devices that keep people in contact with each other and the internet in different ways.

As apps and internet access became more important to users, companies started to make their touchscreens larger. With larger screens, people can do more than type and turn on apps. They can stream movies and finish work that used to require access to a desktop computer. You can also use recent smartphones to take and edit beautiful photographs. Can you imagine doing anything without a larger screen?

You can see some of the most popular features in smartphones such as the LG G6. This smartphone has a 5.7-inch display, a 2.35 GHz quad-core processor, GPS with navigation features, and up to 2TB (terabytes) of expandable memory. When paired with the nation’s fastest 4G LTE network, T-Mobile, the LG G6 gives you a reliable connection to the internet. When coupled with a one-price, all-unlimited T-Mobile data plan, you can stay connected with your family or work no matter where you go.
Smartphone designs have always intended to meet the needs of consumers. As the technology changed, the aesthetics had to evolve, too. Today, you can choose from many attractive smartphones to suit your personal style and phone use.