Devin Mars is a digital artist from USA. born in Curitiba, Brazil. He can’t really pinpoint an exact moment on the time he wanted to become an artist because it’s an idea that evolved with him. Let us know about him more in this interview. So, read on and enjoy!

When did you decide to become an artist?

I can’t really pinpoint an exact moment because it’s an idea that evolved with me, I think. When I was seven I wanted to make comics, when I was ten I wanted to be an animator, when I was thirteen I began doing commissioned paintings and turned my focus to illustration. I know that by the time I entered high school it was already cemented in my head that I was going to be an artist. I don’t actually remember ever thinking of other options! I’m glad it has worked out!

What media do you use for your artworks?

I use Photoshop CC 2015 currently!

I really like your Dusk by the Stream, what is the story behind this artwork?

It’s a commissioned piece for a lovely girl who reached out over email. She wanted a scene of the two wolves greeting each other by a river, with a waterfall in the background. The rest was generally left up to me so I used it as an opportunity to play with vast landscapes, depth, and lighting effects. I wanted the golden sunset to evoke a very warm feeling. 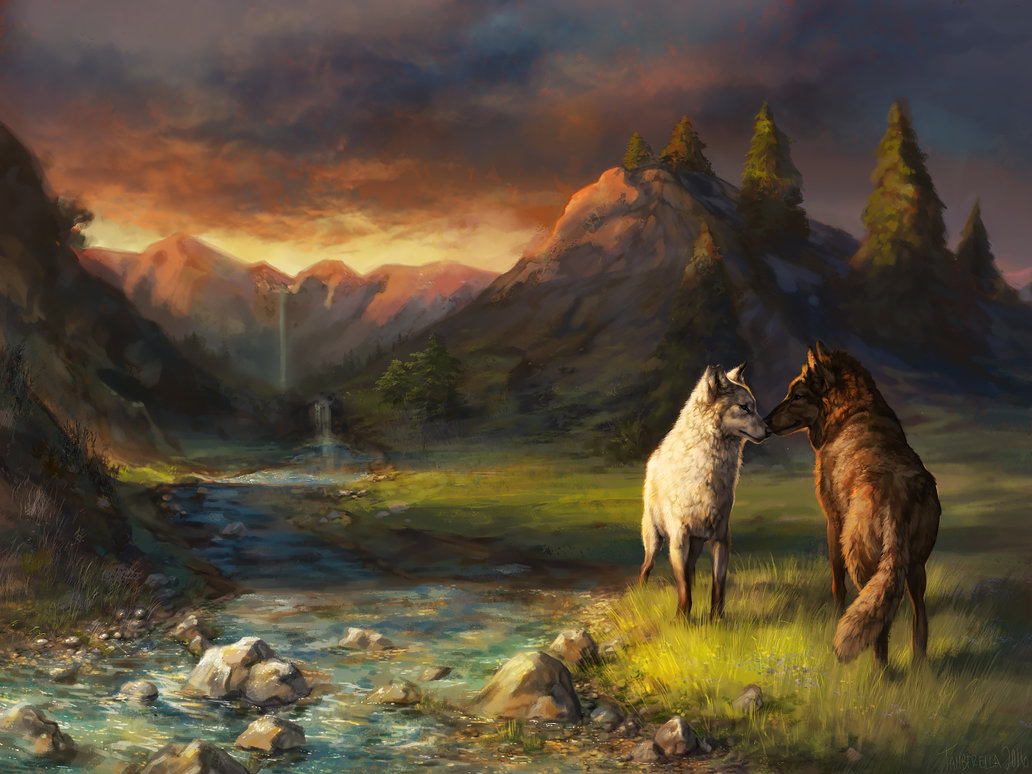 Animals are very noticeable in your artworks. Why animals and what emotional effect do the animals create?

I began doing pet portraits early on because I realized there was a demand for them. People often seek them out when an animal is getting old or has passed away, so I’ve done a lot of memorial pieces. I feel very lucky to be able to honor a beloved animal in this fashion. From there I’ve branched out into more animal and creature work. I really love Disney and Dreamworks movies like The Lion King and Spirit. I think they capture an incredible range of human emotion through the eyes of animals. I first attempted to view animals through that complex lens when doing pet portraits and trying to capture the unique spirit and personality of each animal. I’ve found that a very broad range of emotions can be displayed through animals. I have a deep love for nature as well and creating animal and wildlife paintings gives me many opportunities to paint nature scenes. 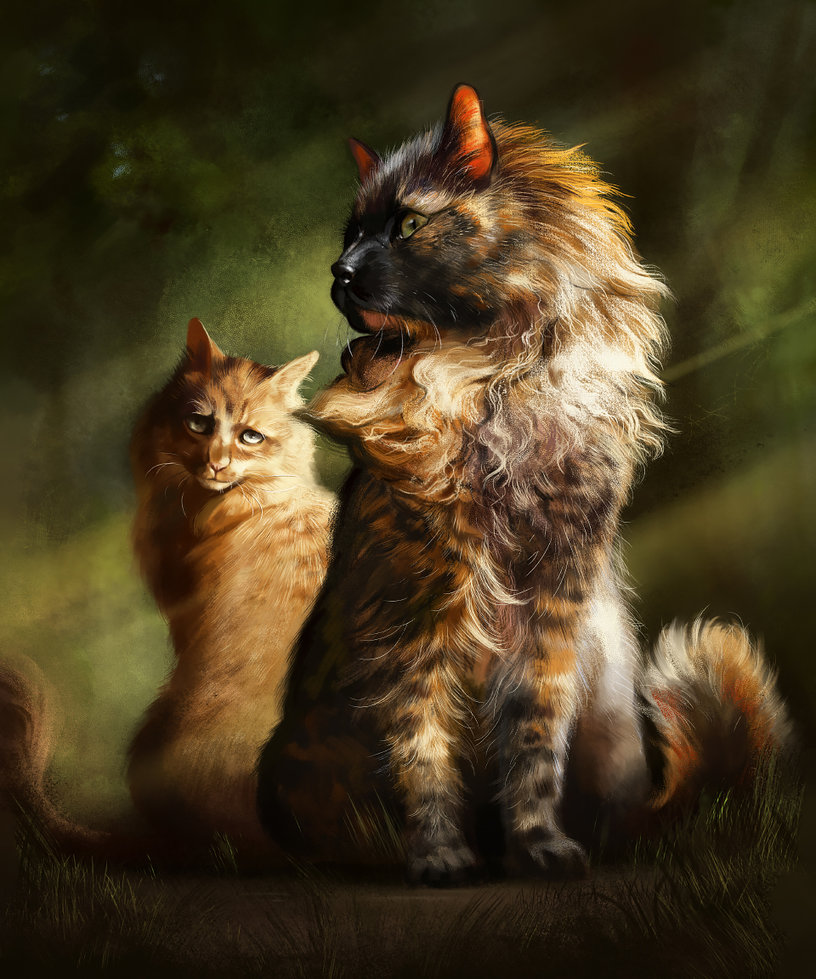 As an artist, is there a social message you are trying to communicate? If so, what is it and why?

Personally, there are a lot of issues that I care for profoundly, and I hope with time my art will evolve to carry many messages. Right now, however, the main messages I tend to convey are toward other artists. I spend a lot of time creating tutorials, walkthroughs, process breakdowns, as well as other tools (How to draw anything as well as Establishing mood with color) are examples. Also my whole tumblr blog here is advice and process breakdowns! I try to encourage others to do the same whenever possible, to create a great community of support, encouragement, and education through each other. Beyond artists, I spend a lot of time trying to create messages of encouragement, such as in “Unicorn Spit” . Reading through the comments, I believe it has indeed resonated with at least some of the viewers, which makes me endlessly happy.

Is there a symbolic imagery in your artworks?

Definitely, in my personal pieces. For example, I created “controlled burn” after a particularly painful period of time in life, when I left behind a lot all at once. In my comic “Unicorn Spit”, which is essentially an illustrated poem, I use a lot of symbolic imagery to (hopefully) evoke the emotions I was attempting to create through words. In “Dying Sun” I use the image of a boy disappearing physically into the sun and the sea to express my desire at the time to stay a part of my beach side hometown (Santa Cruz) right before I left to move away for the first time. 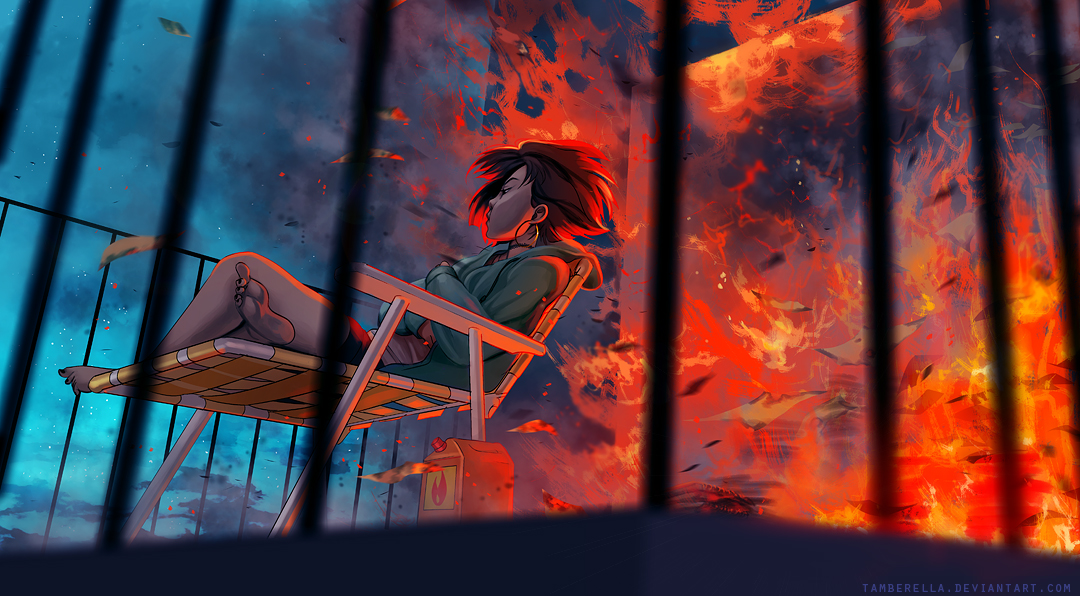 What do you see as the role of the artist in society?

I think the role of artists these days is very broad; artists do so many things! Artists are communicators; from conveying the message of a brand in an advertisement to pushing for social change in political, environmental, or social paintings. Many of us are also storytellers. I think the world of art is exciting because it is so broad. To be an artist is really just to have an insatiable desire to create, and beyond that it is vast with so many outlets to explore! From creating visual development art for the purpose of making a movie, TV show, or video game come to life, to creating a comic book or sequential paintings with the purpose of conveying a personal story, there are so many paths to take. 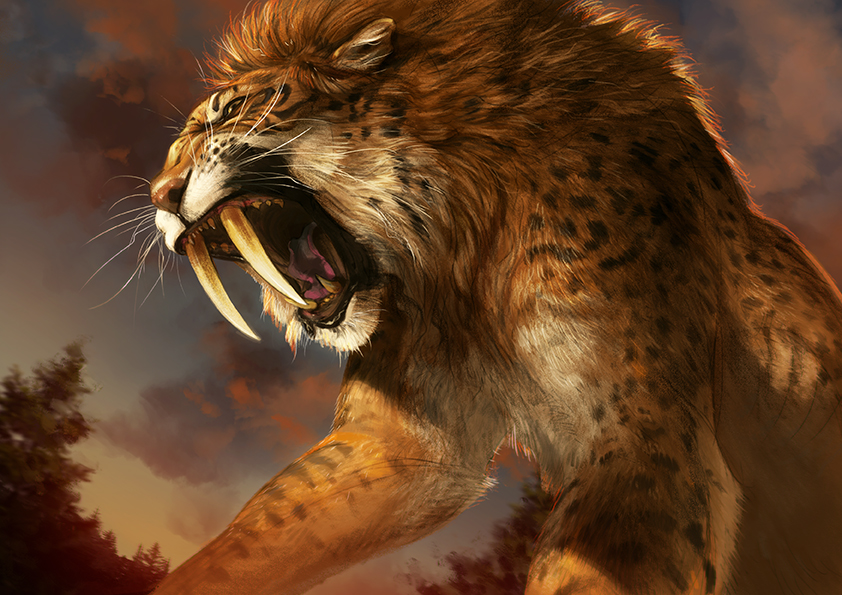 You can find more of his artworks on his DeviantArt profile, Tumblr or website.