Is your company looking to crack the gaming market? Whether you’re interested in creating games related to your organization’s mission or want to use them to market your services and products, this can be a lucrative way to exercise your company’s creative muscle.

Gaming apps account for nearly a quarter of active apps downloaded through the Apple App Store in 2019, according to Statista. You don’t need to be a gaming company to leverage this trend. Take Target, for example. The retailer created an interactive Wish List for children, a 3D animated game in which users can add toys to their list through a drag-and-drop feature and send the final registry to Santa.

Creating games starts with finding the right software development services to bring your idea to fruition. You’ll need to employ gaming programmers to create the code for your products and realize the vision of the game’s designers. Companies exclusively focused on games and those adding them to their repertoire need to look for the same qualities, experience, and skills in their developers. What do these qualifications look like?

What do software development services do in terms of creating games?

All games start with a concept, usually created by a game designer. A designer is different from the programmer; he or she conceptualizes the product, while the programmer executes that concept and codes the game.

For example, Starbucks developed “My Reward,” a game used to market their products and increase sales. Users can register for the program via the app and receive “coffee cup” icons that are filled when they buy Starbucks products. Customers advance through three levels and receive rewards, such as freebies depending on the number of cups they’ve filled.

A developer, on the other hand, is more involved in the entire development process and may have a hand in the design, while a gaming programmer solely works on the coding component.

Many organizations lack the in-house staff and experience to create games themselves, so they often turn to software development outsourcing, employing teams dedicated to fulfilling the software needs of different businesses. Outsourcing of software development can offer many advantages, such as providing the necessary knowledge and expertise and freeing up your time to allow you to focus on other aspects of your business, including marketing and selling your game.

Depending on the size of the software development providers you choose, gaming developers will likely focus on different aspects and details of the project. Some may be more specialized than others — something you should look for when employing developers, depending on the type of game you want to create. For example, if you’re creating an adventure game, you should seek out companies or developers with that genre in their portfolio. 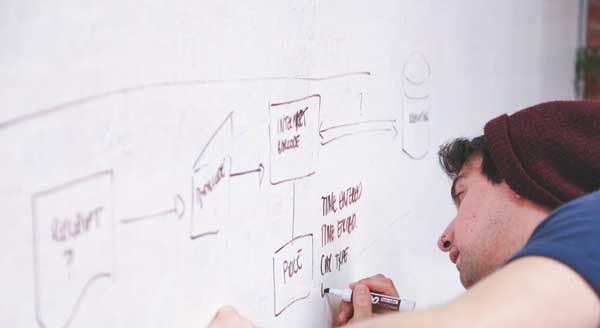 What skills and qualifications should you look for in a game developer?

When searching for software development services to create your game, you should pay particular attention to certain skills and qualifications. Some of the most important qualities include:

• Familiarity with news and trends in the field

Game developers must stay abreast of the trends in the industry. They should be aware of relevant software and programming languages commonly used in game development. They should also be familiar with competitors’ products and constantly stay apprised of any news affecting the gaming world.

In today’s market, most developers use Unity as the platform of choice for creating games. C#, which is similar to Java, is generally the preferred language. When employing developers, ask about their process, including the tools they use to create their products.

Many developers have at least some knowledge of how to create graphics, animation, and other design features, even if they’re not heavily involved in designing the game since these features play a crucial role in the final product.

In addition to technical skills, software development providers should have soft skills, which are often crucial in managing the project and working closely with you and your in-house team. They include problem-solving, critical thinking, communication, time management, and, of course, creativity.

The software development services you choose should have a portfolio that showcases previous projects, including ones similar to the game you’re looking to create. Past work is the best indication of the capabilities of the company and developers — if they’ve successfully executed similar products before, they have the skills necessary for facilitating your project, too.

Once you’ve selected the software development services you’ll use to create your game, you need to formulate a plan for how you’ll work together. This is especially important for the outsourcing of software development because you’ll be using a team of software engineers who are not actually your employees, so they need to be informed of your requirements and expectations.

You should start by laying out a clear vision of your game to the developers, explaining your requirements, as well as a timeline and benchmarks you expect them to meet. You may already have a vision or rudimentary design for your game, or you might expect the team to create every aspect of the game from start to finish. Really, this is a detail you should communicate before anyone signs a contract so that everyone is on the same page.

You should also consider the complexity of your game. It might be as simple as M&M’s eye-spy game, a graphic that included numerous M&Ms and asked customers to identify the “pretzel guy” hidden among them. Or it could be more involved, like Nike’s NikeFuel app, which pairs with the brand’s Fuelband accessories to track athletic activities, compare them to other users, and award badges and trophies as an incentive to be more active — and use Nike products.

Be aware of the different roles and responsibilities involved in the game software development process, including roles like the developer, project manager — who deals with issues like budget and task delegation — and tester — who identifies bugs and potential errors and issues with the game. Make sure you know whom to contact, and determine how you’ll get ahold of the team, as well as the frequency with which you’ll receive updates.

Game development is an exciting world, and tapping into the market can be highly beneficial to your entire organization. The key is finding the right software development services to make your vision a reality.