What does a group of lycra-clad cyclists have to do with the future of work? More than you might think.

If you’re familiar with road cycling, you’ll have heard the term ‘peloton’ before. If you’re not partial to a hoard of people in spandex on two wheels, then maybe you haven’t.

The peloton is a big pack of cyclists who move together through most of the race. Only one person can reach the top of that podium. So why are these cyclists hanging out together in a posse? The same reason that birds fly in formation and fish swim in schools; survival. The slipstream can create up to 40 per cent less drag. Over miles and miles of gruelling hills it is the difference between finishing and shrivelling up on the side of the road.

This is what makes the peloton so interesting. These cyclists are competing against one another, but coordinating with one another. They know that working together helps them do much better than they ever could on their own.

How do spandex-clad wheelie gangs relate to the gig economy?

The gig economy is one of many terms that describe contract work. Usually a particular project or task. It embraces everything from an Lyft driver to a freelance designer, and everything between.

The gig economy creates a lot of great benefits; flexible work schedule, on-demand skills, adaptable and more affordable services (without the typical overheads of a firm). Everyday more and more platforms are emerging to help people do this kind of work. They connect people to gigs, streamline the payment and create trust. All great things, right?

You’re all co-ordinating to move the bike (the firm) forward (all while being stuck staring at the ass ahead of you).

Back to the cycling analogy. In ‘the firm’ structure; having a fixed role in a company and working in a fixed team, is a bit like being stuck on a tandem bike. You’re all co-ordinating to move the bike (the firm) forward (all while being stuck staring at the ass ahead of you).

Then one day someone rides past you on their own bike. You’re like “damn that looks way better, I want my own bike.”

The gig economy is that solo bike. You jump on the bike and start pedalling, but you’re not moving as fast as that other solo rider you saw. That’s because they’ve had years of training on their own, but you’re only used to peddling with others.

You start to realise that it’s kinda lonely on your own bike, and you’re not moving as fast as you wanted. Sure, you can steer the bike where you want and pedal at your own rate, but man it’s hard.

If you’ve read anything with the word ‘freelance’ in it lately, you’ll have heard the statistic that 40 per cent of the US workforce will be freelancers by 2020. These days how we communicate with others, to how we build a product (physical or digital), all exists in a very portable piece of metal and glass — AKA a laptop. Running a business no longer means needing a fixed lease office with a plethora of full time staff.

An unprecedented number of independent workers will disrupt the economic landscape.

An unprecedented number of independent workers will disrupt the economic landscape. When I say disrupt I don’t mean in the cliché Silicon Valley definition, I mean in the true definition: “To destroy, usually temporarily, the normal continuance or unity…” A shift like this will disrupt incomes and relationships, personal and professional.

What if independent workers could create their own pelotons? All as a response to a particular opportunity or project, at the right time with the right people. What if you could work for yourself, not by yourself?

The collective economy is the peloton. It’s the coordinated effort of all the individuals to move forward, all while staying on your own bike.

The collective model isn’t new. Collectives already exist in the form of credit unions, worker co-operatives and artist collectives. This new wave of independent workers will be able to leverage this mutually beneficial model in a bigger way than ever before. These collectives might be as short as one project, or become an ongoing community that collaborate often.

So what’s so good about the collective model?

For starters, bigger projects, not gigs. Gigs are often one-off, small paycheque jobs that may keep your head above water, but only just. To flourish, you need big meaty projects. The problem is, how do you get this work? It’s often won by larger ‘full-service’ agencies or firms. This is because they are perceived as more capable, even though only one or two people at the company will actually work on it. Assembling a team of fellow freelancers for a project can mean reeling in work worth $100,000 rather than $1,000.

In the collective economy, the more projects you work on, the more diverse your network and experience becomes.

Working for yourself you’re probably in it for a bit more than the money. So what does a career trajectory look like for someone doing ‘gig work’? Pretty disjointed. As most ‘gig work’ is designed with a budget for one, there’s often a missed component of collaboration. Along with this, gig economy platforms streamline the interaction between the client and the worker. They cut out the friction that helps develop working relationships. This vending machine workflow makes it much harder to grow genuine networks. The collective economy is much more conducive to building these networks. Working on one project with someone with more experience than you improves your own skills. In the collective economy, the more projects you work on, the more diverse your network and experience becomes. You’re growing these exponentially rather than linearly.

Collaboration is a term that is thrown around pretty liberally these days, and can start to lose its impact and meaning. Send your colleague a GIF of a water-skiing squirrel and it’s called collaboration. What it really means, is producing something with the help and input of someone else. Often resulting in something neither of you could have produced on your own. This is business as usual in a ‘firm’ structure. But once you’re out on your own, regular collaboration can be harder to come by. Even if you do get to collaborate with people in your ‘firm’ things can get stagnate with the same schools of thought on rotation. The collective economy re-introduces those chances for collaboration, but with even more diversity. Working with someone from another country, different discipline or alternative worldview grows your own way of thinking. We need this friction between collaborators to grow not only our skills, but our creativity.

This all sounds great in theory, but who’s really getting on board with this? 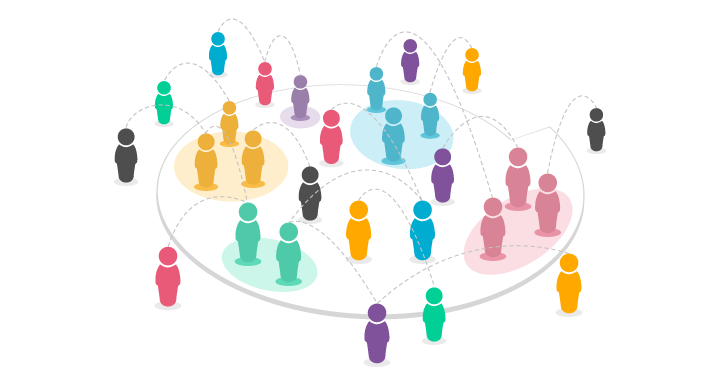 The Enspiral Network is one group leading the charge. They are a group of social entrepreneurs and social enterprises. They collaborate within their network of core members and contributors to grow each other’s ventures. This feeds back into the Enspiral foundation. They have a non-hierarchal structure and use tools they’ve built to collaboratively make decisions.

Another example of individuals coming together to present a stronger front is Stocksy United. Stocksy is an artist-owned stock photo and video community. Their contributing artists receive 50% of a Standard License Purchase and 75% of an Extended License Purchase. Every single co-op member receives a share of the company. 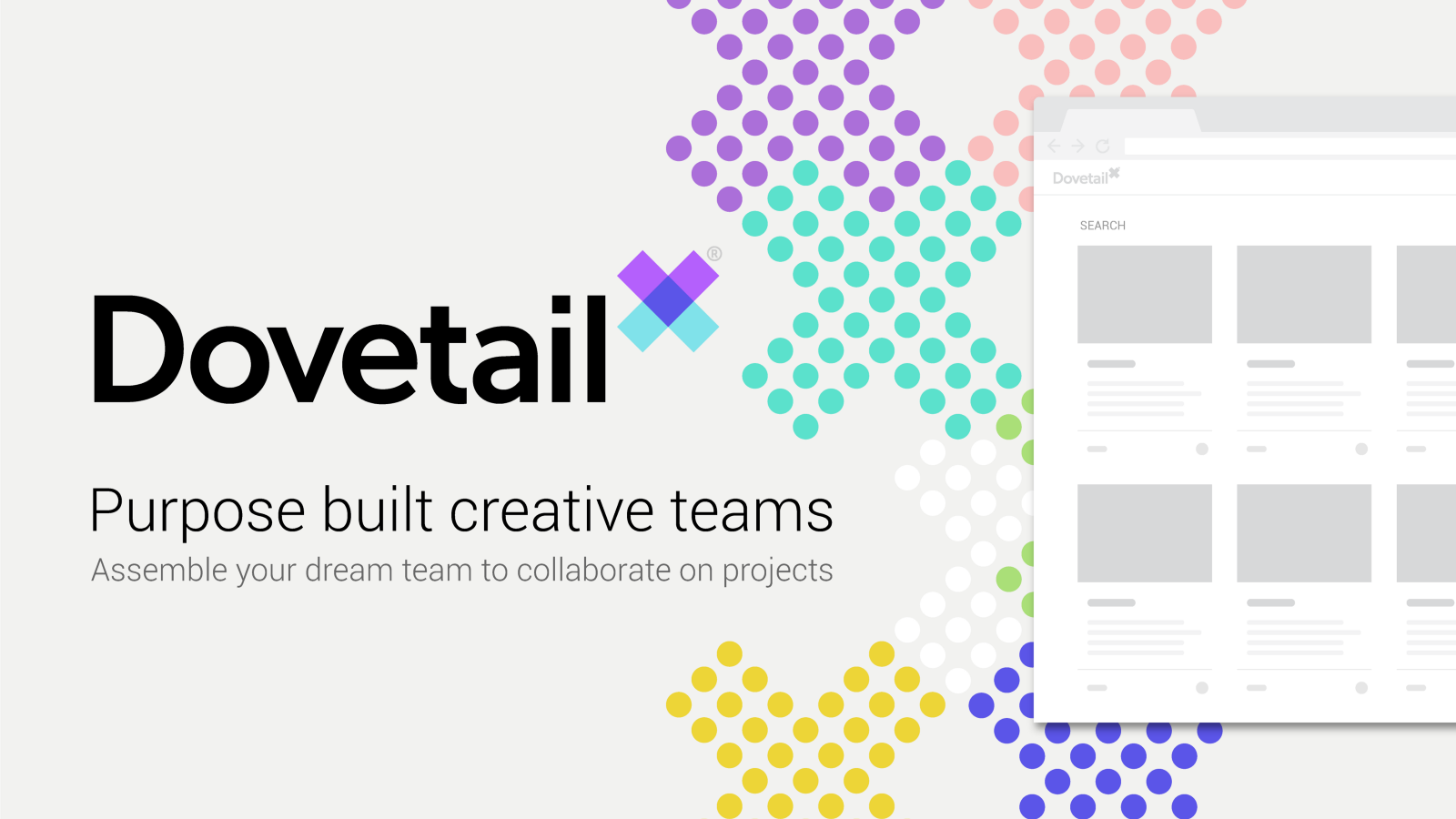 Dovetail X a is platform for creative and tech freelancers to assemble pop-up teams and their own creative collectives. Users can form teams that adapt and scale to each project with the skills they need. No clipping the ticket (commission fees) involved either. Full disclosure, I’m the co-founder of Dovetail X.

We can work for ourselves, not by ourselves.

I’m so excited to see the collective economy become a reality and stake its claim as the real future of work. A future where we can work for ourselves, not by ourselves.