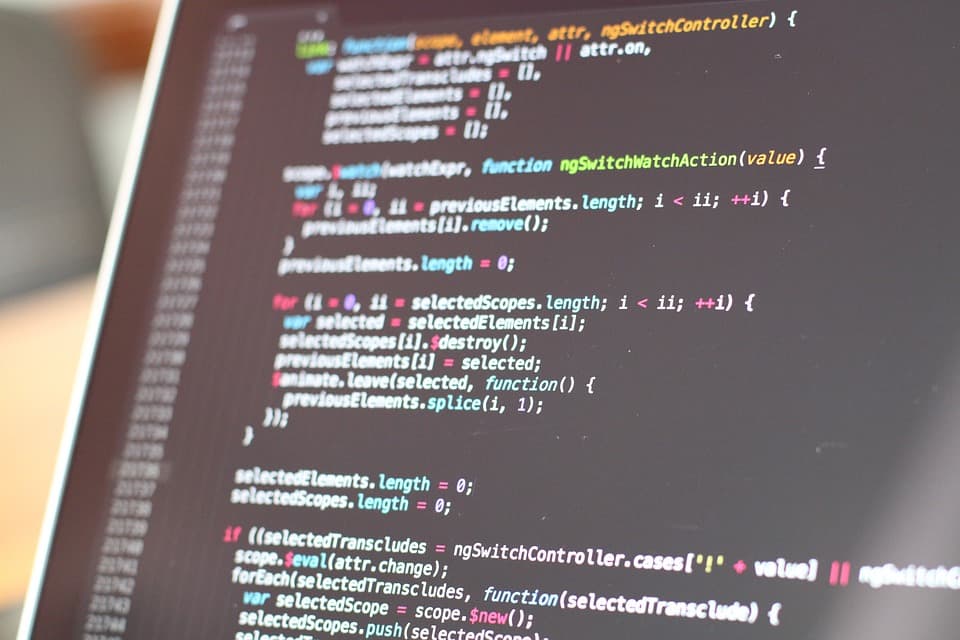 The undisputed king of web-based programming languages was, and still is, JavaScript. It’s dominant in all measures, and it’s hard to believe that there are web developers who don’t at least have a passing familiarity with the language. But there’s more there than just jQuery. JavaScript is an almost fully-featured programming language that can accomplish a lot more than fun animations or loading content dynamically. It can even run on the backend of your site, managing your server. Make a commitment to deepen your JavaScript knowledge, and you won’t regret it.

Most programming languages are assembled with some specific goal in mind. That’s where the quirks of various programming langauges come from and why we constantly hear about the development of newer languages. Python was written with ease of programming in mind, and it’s apparent. The syntax is clear and minimal, preferring language-based syntax over the symbol logic of C.

Consistently the most popular programming language, Java is a critical tool for the modern programmer. It pops up all over the place, and Java’s portability is the biggest reason why. Because programs are interpreted by a virtual machine, the user needs to have a Java Runtime Environment (JRE) installed in order to run your software. While Java applets are no longer as widespread as they once were, the whole of Android rests atop of a pile of Java. If you hope to build an Android app one day, learning Java would be the first step.

Is PHP bad? Yeah, kind of. Is it widely used? Absolutely. Despite it’s flaws, PHP provides the closest we can get to native programming functionality on the web. While it does require an interpreter on your server, PHP is typically installed on most consumer-facing web servers. If it’s not installed, it can be installed easily and quickly, and then function reliably for ages. It’s still a popular method of managing basic content interaction, but most developers have moved on to JavaScript-based tools for accomplishing these goals.

Step into any Intro to Programming course for computer science majors, and you’re likely to see C or C++ is use. While some have begun switching to Python to give new students an easier time grasping syntax, C is still the sturdy underbelly of serious programming. For example, the core of the operating system, the kernel, is often written in C. In fact, C is all about going fast, with minimal abstraction and explicit memory control. While this does make C harder to use for a newbie, it’s also dramatically more powerful for a professional. If you’re feeling hemmed-in by other languages, C will break your bonds.

Database operations are crucial for nearly every function in the website that involves content or users. If you don’t understand how databases work, you’ll have a very challenging time managing that content effectively. mySQL is the most popular subset of the SQL language, focusing specifically on database interactions and display with less powerful tools for addition and subtraction. This makes it popular online, where display happens more frequently than addition or subtraction.

Apple’s programming language, Swift, isn’t just for iOS apps. It’s completely free and open-source, and is constantly under development, with new features added consistently over the years. This does mean that Swift is completely “finished” as a programming language: there might still be some gaps in functionality that you’d find in a more mature programming language. But Swift has the major benefit of smart design. It was built specifically to replace Objective-C, so it uses C-type syntax in a variety of places, offering an easy way for developers to transition from their current favorite language to Swift.

While it’s more of a scripting language than a programming language, Bash is still invaluable to modern developers. Developing anything without a functional understanding of the terminal is hard. But not every terminal-savvy developer knows how to use Bash. Bash, the scripting language for the most popular shell in the world, the Bourne Again SHell, is simple and straightforward, but enables a stunning degree of automation in your command line operations. Fortunately, an understanding of Bash only presupposes a moderate degree of programming knowledge. Remote interaction with servers is also dramatically simplified when you’re a pro with Bash.

Design Web Tables Without Screwing It Up – A 2019 Guide