Want to take full advantage of the worldwide aspect of the web? It all begins with web design. The choices you make here can make or break your efforts to reach global markets. Aim to build in internationalization right from the get-go. It will save many a battle with multilingual content further down the line. Keep the following design considerations in mind and you’ll build a site that works across multiple languages and cultures.

Your first step is to find a content management system (CMS) that offers full support for internationalization. Compare the features of open source (e.g. WordPress, Drupal) and proprietary systems (e.g. SharePoint) to find the best fit.

A translation-friendly CMS will use the UTF-8 character encoding standard which allows for accented characters and non-Roman scripts. Check too that the CMS permits the right-to-left language orientations used by Arabic, Hebrew and Urdu scripts. It will also need to be able to handle different international formats for the time and date, currencies, and other units of measurement.

Make life easier by opting for a CMS that has multi-site functionality. This is a key feature as it will allow you to create separate sites for different countries or languages, while being able to reuse design elements. Check that it can handle language-specific content that does not have mirror versions in other languages. Similarly, it will need to support localized media.

To better manage the translation of content, you need a CMS that makes content sharing with others easy. Being able to drag and drop content, or to easily export and import text in standard formats such as XML, can all be a great help.

Features that notify users of changes and compare documents are also useful when you have multiple contributors and languages. The CMS can even make it possible for the site admin to assign users read-only and edit permissions for different languages. Speaking of which, you might find a multi-language spell checker a handy feature too.

Designing for Other Languages 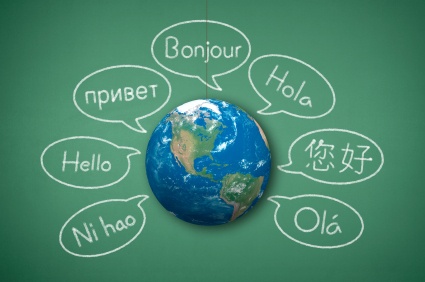 As a designer, you can also make translation-friendly decisions. These begin with using CSS, which enables you to create a design that can be adapted to different languages. This avoids the need to create each site from scratch.

When creating a design for use over multiple sites, keep right-to-left languages in mind. Having key content on the left will create difficulties. Instead, consider a symmetrical design, with horizontal menus rather than vertical ones.

Switching from one language to another can create some interesting challenges. As the web standards organization W3C points out, English is a compact language. When translated, the space required by menu items and button text can grow significantly – up to 300% for the shortest words. When looking at Flickr’s translation choices, for example, WC3 noted that the word ‘views’ was replaced with ‘visualizzazioni’ in the Italian version.

Spacing isn’t just a horizontal issue. Many Asian and Arabic scripts need more vertical space too, in order to accommodate taller characters and more white space between lines. This can all be taken  into consideration by using adaptable design elements such as expandable text boxes and background graphics.

Some W3C recommendations that can help you here include the sliding doors’ technique to create expanding containers for text, and including space beside horizontal tabs to allow for variable widths.

One thing to avoid is embedding text in images. Keeping captions in their own field will make it easy to switch languages. A neater solution for translated text that extends beyond its image is to have the text only appear on a hover action, in the style of tooltips.

Designing for Other Cultures 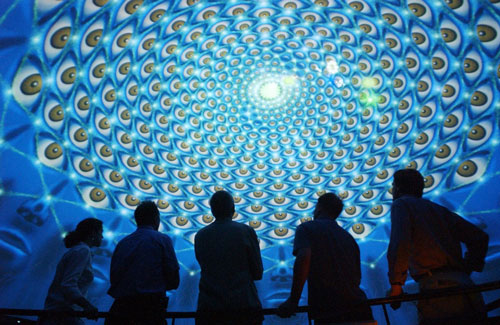 Preferences for the ‘look and feel’ of a website can vary greatly according to culture. What’s pleasing to a Korean web user is likely to be very different from a design that appeals to Scandinavians.

A cultural study in the Journal of Computer-Mediated Communication suggests that the world’s population varies from high-context (HC) cultures such as Japan and the Middle East to low-context (LC) cultures which include North America and northern Europe.

This results in different and often opposing needs and expectations. For instance, while a HC customer might want to explore and interact with a site, a LC culture visitor prefers direct access to information. Research into the impact of these cultural differences on web design provides some useful pointers in designing for each.

For HC cultures who have a higher reliance on non-verbal communication, you can include more animations and multimedia. Opt for images that reflect the values of more collectivist societies, and which pair the product with the customer.

LC cultures prefer more logical and functional design. Focus on clear navigation and consistent site  behavior. Images can focus on individuals and their lifestyle choices rather than the product in use.

Finally, don’t forget that many parts of the world have slower or less reliable broadband speeds plus an increasing preference for mobile web access. Ditch bandwidth-hungry features and keep your design mobile-friendly across all languages and cultures.