Who is responsive for the success of web project? Someone says that it’s CTO, Project Manager, or Team Lead. It’s true, to be honest. But in fact the main mistake of these persons could be a mistake while hiring developers, not the mistake while managing the project. 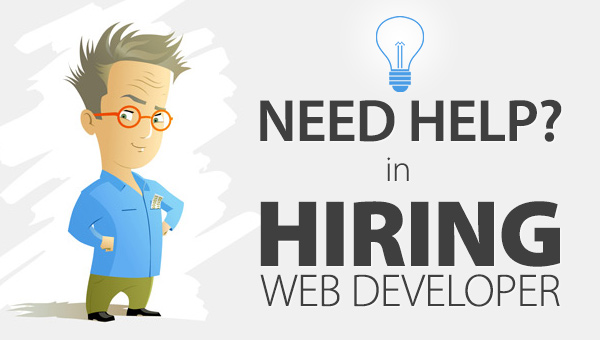 The choosing of the right candidate is not trivial task. How to test their programming skills? Many Team Leads have own tactics. For example, many of them ask to write a sample of code, which I think is very good practice, because you can evaluate how candidate thinks and how candidate actually writes a code.

BUT, if you are Team Lead, just remember how much time did you spend on candidates that had not enough skills and did not meet your expectation.

Tests for Geeks is a tool which could help you in a “filtering” process. In other words it could dramatically save your time by doing only the one thing: excluding low-skilled developers.

The usage of the service is very simple: you just chose a test, for example Python and enter candidate’s name. Then you will be provided a unique link, which is needed to be sent to candidate the method you like: Email, Skype, etc.

After candidate finishes the test, you get the report automatically in your mailbox.

Some very useful features, I like most in Tests for Geeks.

Finally I just want to provide the screenshot of the sample test report: 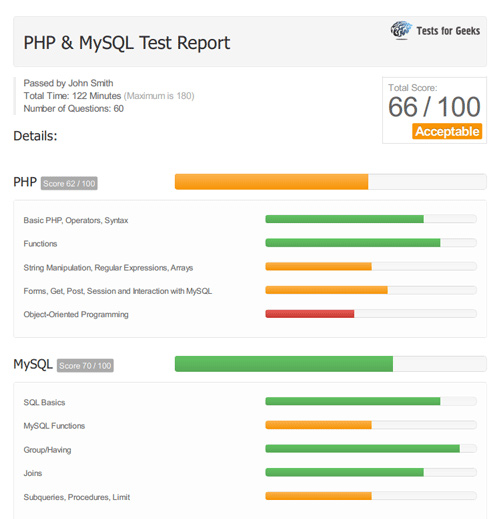