Node is a powerful tool to get JavaScript on the server. Use Node to build a great website.

Every developer will love this saying “It is hard to build a software without using a build tool.” To get rid of the repetitive tasks, we are using build tools. If you think Gulp has killed Grunt you may want to think about another tool because npm has surpassed both.

Now Node provides a great way to implement a build process with only npm.

Imagine a situation where using build tools makes you horrible, I felt the same thing when I use Grunt and Gulp. Now that I have been using npm as a build tool, I feel more comfortable. Here I will share with you how to do the same and make yourself comfortable while using the build tool.

At the end of this article, we will be making our own boilerplate.

Drawbacks of using others:

When using Grunt or Gulp, the packages specific to that build tool are usually just wrappers on the main package. For instance, gulp-sass is really a Gulp specific wrapper to node-sass. We can go straight to the source and just use node-sass with npm!

There are drawbacks of using Grunt/Gulp specific packages. 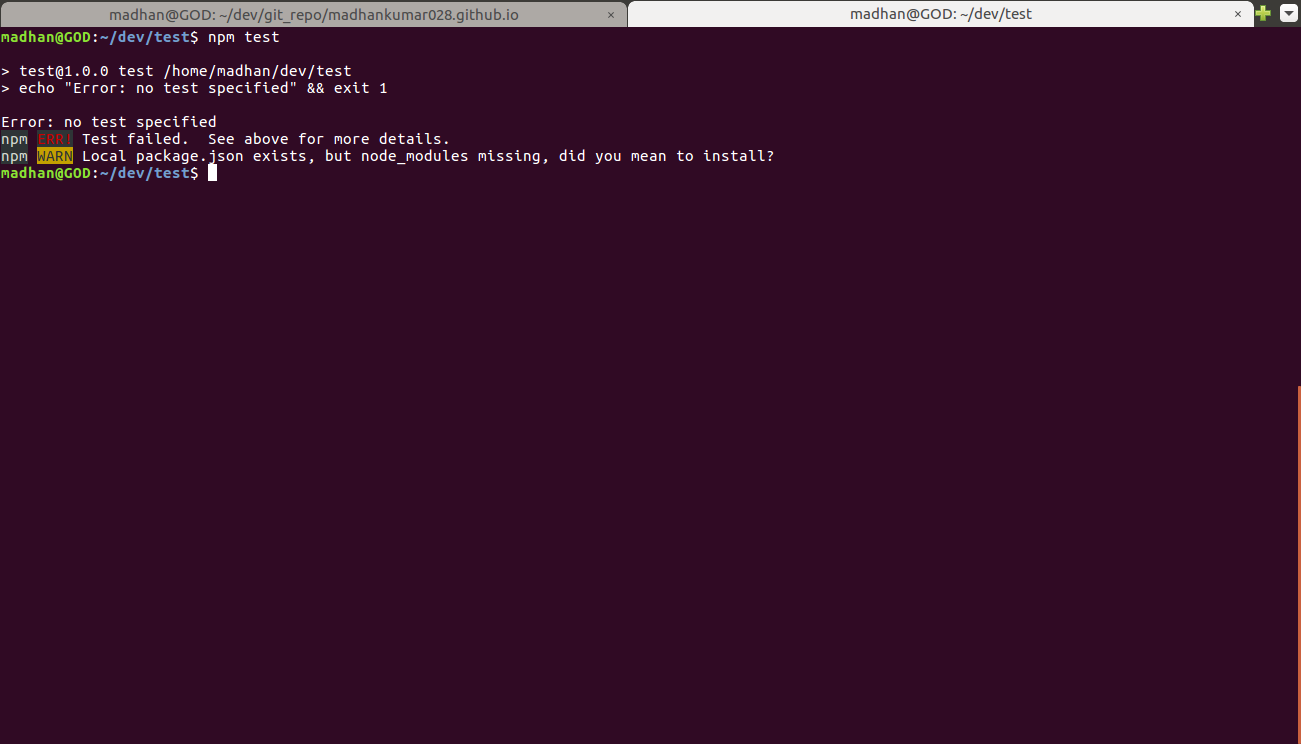 It states that node_modules missing. We have to add our dependencies.

npm run dev – I have used it as a development server. It will take care of live-reloading and Browser-sync (since it is sub-module of lite-server, no need to install it separately). We don’t need to configure a watch property for all your files like (HTML, CSS, JS).

Browser-sync will help you with cross-browser checking. To know more about lite-server refer docs.

npm run db – If you want to know more about JSON-Server refer my article.

npm start shorthand for npm run start. Concurrently, using it we can perform two tasks simultaneously. You can also combine both the tasks using ‘&&’ operator. To know more about it refer docs.

npm run uglify – It will minify your JavaScript files and move it into your desired directory. It will create a new folder only if it does not already exist (-p flag).

npm run lint – It will look for any JavaScript files inside the source folder and helps detect errors and potential problems in your JavaScript code.

npm run sass – It allows compiling your .scss files to CSS automatically and at a good speed.

npm test shorthand for npm run test. Mocha is a JavaScript test framework, which helps you to write test cases.

npm run bash – If you think you’re making a lot of commands inside the scripts object, you can make it as Bash/Shell script and include it in your package.json file as like above.

So far we have seen the basic npm build commands and explanation for them. Let’s start to prepare our own boilerplate. Using this boilerplate will save your time on preparing build tool. Invest more time on building your app.

This boilerplate will take care of all the necessary things which we need during development phase like:

The remaining commands I have explained it in the previous section. You can also customize this boilerplate based on your needs.

I hope this article has saved your time while preparing a build tool. Now we have prepared our own boilerplate for npm as a build tool. I hope now you will accept npm has killed both Grunt and Gulp. Feel free to use my boilerplate and contributions are welcome. Further, you can refer official npm scripts.

If you have any queries, please let me know in comments.