Dropsource is a brand new mobile application development platform that was built with the developer’s needs in mind. What does this mean exactly? It means that its sole purpose is to make a developer’s job easier and to make building a data-driven native mobile app as simple as drag and drop. Dropsource comes equipped with great technology that will help web developers focus on creating an excellent user experience, since they won’t have to focus on the hassle of endless and tedious tasks associated with writing and testing every line of code.  While not yet simple enough for the total non-technical user,  any savvy developer that uses this platform should be able to create native mobile apps much easier than coding manually. 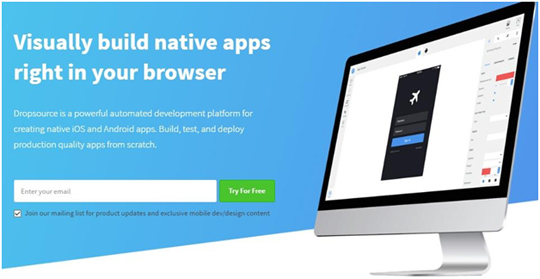 We all know building apps from scratch is a difficult job, since it implies having a vast knowledge of coding and spending a lot of time to undertake repetitive processes. As a result, most people either a) hire a professional mobile developer to do the job (which costs lots of money), b) turn to hybrid or web app tools (which are not always the best in terms of UX & performance), or c) get discouraged and abandon their ideas. However, by using Dropsource, developers can avoid these issues and visually build native iOS and Android apps themselves in their web browser. 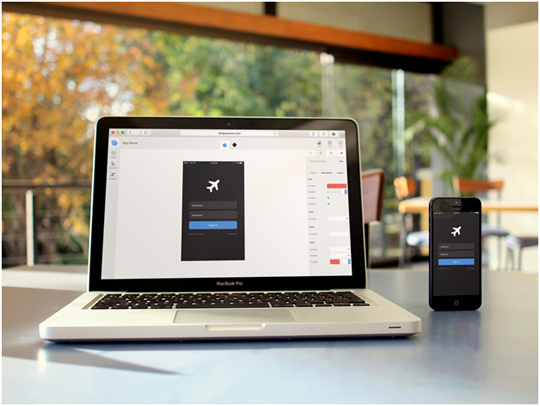 Dropsource says that it is providing automated programming. This means that while the user takes advantage of the drag and drop editor, Dropsource’s internal code-writing engine writes all the source code in Swift (for iOS apps) and Java (for Android apps). When you’re ready, you can download your compiled and complete app to launch in the App Store. Making changes to the app, such as adding new stuff to the app or improving the existing features is as easy as pie. You can just login to Dropsource, make your updates, hit build and voila, Dropsource will update the code for you. But if you insist on having the personal touch on a code level, that’s not an issue either. Since the code is written in Swift and Java and is fully exposed to users, you can download and extend the code as you see fit. 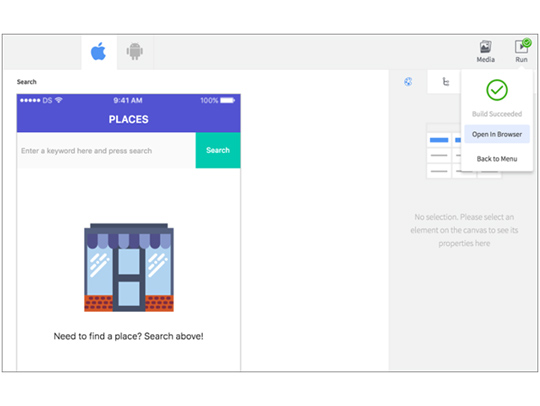 But there’s more! One very cool feature of this platform is that it will allow app creators to connect their apps with any REST API. Google Places, GitHub. YouTube, Slack, Facebook; you name it. You can link all these services into your app through their APIs, plus you can connect your custom API right into your app.

Also, for people who are interested in creating fast app prototypes, Dropsource will allow them to get immediate feedback and share their work with colleagues and friends. Not to mention that it will not harm your creational work. You’ll be able to add a personal touch through styling, take advantage of plugins, or edit the source code directly. So, you’re in control of the design, user experience and the code.

To sum up, this is why I think you should check out Dropsource: 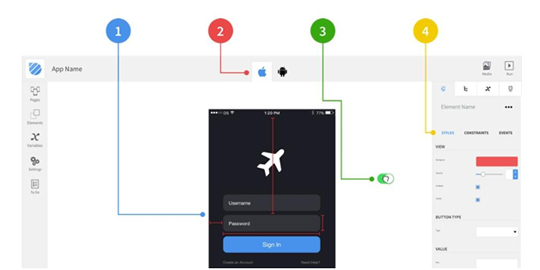 Finally, perhaps the greatest thing I found about Dropsource right now is that you can build your app for free during their private beta. I already joined and started our app, so if you need to build an app, go sign up at Dropsource. Whether you are a developer at a startup, or at a small business interested in getting exposure through a mobile app or you work in IT at a well-established enterprise looking to build internal use apps, this development platform will help you reach your goals and make building native mobile apps faster.