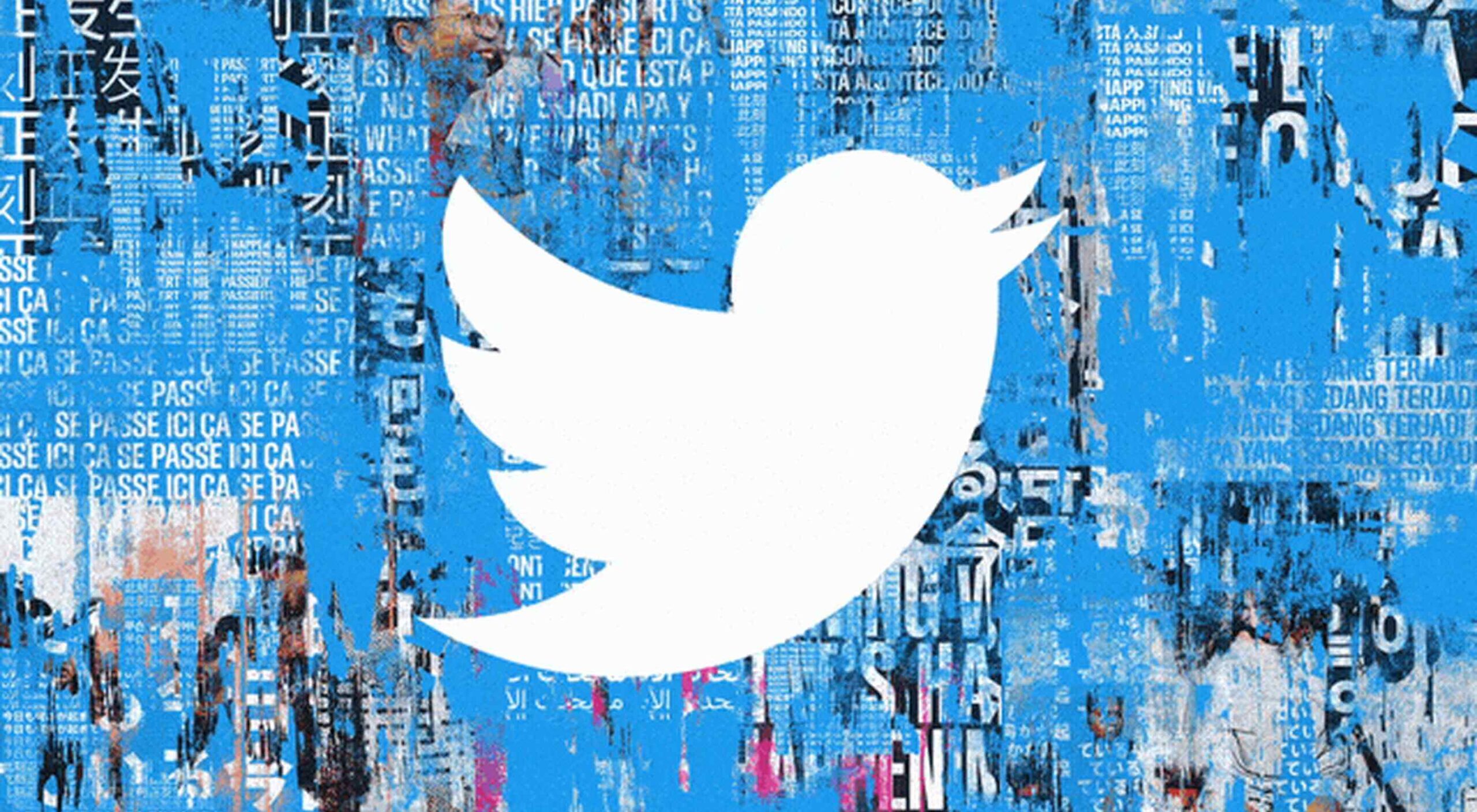 The CMO at Twitter, Leslie Berland, has announced a substantial rebrand intended to reflect the experience of using the site. The move was announced on the platform first and later confirmed on its blog.

Twitter hopes the visual identity will “fully reflect the complexity, fluidity, and power of the conversations today.”

The instantly recognizable bird logomark stays, as does the inoffensive tech-blue. But everything else has been grunged up.

rather than build the system up from each component part or build around a specific element, we embarked upon building a creative design system that’s intentionally imperfect

There’s a brand new custom typeface named “Chirp” designed in collaboration with Grilli Type. It mixes features of gothics and grotesques with hipster-friendly quirks and replaces the decidedly corporate Helvetica.

The most visually arresting elements are the print-inspired collages, faux-print effects, and distress marks. It’s a move away from the safe, minimal style that has dominated the design industry for more than a decade.

There are layers of bill posters torn off in pieces revealing text beneath, macroscopic views of people, and an all-pervading effortless cool. Think Paris, on a Sunday morning, circa 1997.

It’s exciting to see a major brand strike out in a new direction, particularly one that isn’t Google-derived. There’s plenty of energy in the new artwork, but it doesn’t escape notice that this is a surface level restyle; the core design remains.

Is this a glimpse of design over the next few years: a braver, irreverent, and decidedly less-corporate style of corporate design? Or, a misstep we’ll all forget as soon as Material Design 3.0 is released?

The post Is Twitter Rebrand a Glimpse at the Future of Design? first appeared on Webdesigner Depot.