After the holidays and welcoming the New Year we feel elated and inspired to start the year off right. Soon, after a few days or weeks, we get caught up in the routine again and lose focus on all the opportunities and positive changes we had envisioned.  In this post, I’ll discuss some of the biggest internet trends to embrace in 2015:

But first, why venture into the unknown instead of sticking to best practices?

Why not just practice web design like it’s still 1999? I mean, we have developed best practices over time. We are respected professionals by now. We are not just web designers or web developers. We’re user experience designers or the information architects of today. We know what we do and we excel at it. True, responsive web design and creating interfaces for mobile has been a major shift but besides that we could simply keep on doing the same old, same old.

This is what happened to me with my first full time web dev job I had from 1999 – 2002. For three years I had been doing low level HTML and CSS, plus some occasional simple JavaScript and was paid well for that. It was boring and no challenge, but I was young and enjoyed spending the money on nothing in particular.

I was an experimental net artist before that. I even wrote interactive JavaScript poetry back then. After three years – when the new economy broke down over night – and I lost my job, I had nothing to show in my portfolio. My skillset had stayed almost the same, but the world has moved on. Then it was too late to correct my mistake. I knew that in the future I would need to stay ahead of the game. I’ve stayed ever since… 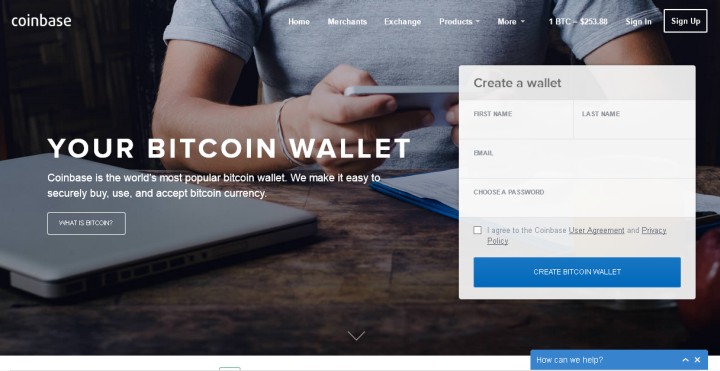 You don’t have to be a futurist to see the writing on the wall. There is a lot of marketing-driven hype going on for topics like the “Internet of Things”, or “Big Data”, but also a few genuine democratic trends similar to the epochal tidal waves computers or the Internet have created. Yes, Bitcoin or “The Internet of Money” in other words is one of them. Money transfer is still so annoying, despite (or because) of PayPal.

Basically, all money is now virtual (there is no gold equivalent for all the trillions of dollars out there, you can bet). Yet, we still can’t send money on the Internet without hassle or paying a lot for just a simple act. Having clients all over the world and using PayPal as payment, shouldn’t I get a rebate or something? The more I earn, the more painful the costs. Spending $ 50 or more just for “receiving” a virtual money transfer? Give me a break! Bitcoin and other completely virtual currencies end that financial misery. There are no more excuses to charge stupendous amounts of money just for sending it somewhere.

Imagine you had to pay much more for sending a message online than for sending an envelope by snail mail. That’s currently the case with money on the Web. PayPal is much more expensive because it doesn’t withhold money like traditional banks do. Banks around here usually keep your money for two three days before you get it finally.

Publishers increasingly use Bitcoin to monetize their publications using micro-payments with tools like BitWall (see the Chicago Sun Times example – the largest tabloid in the city). 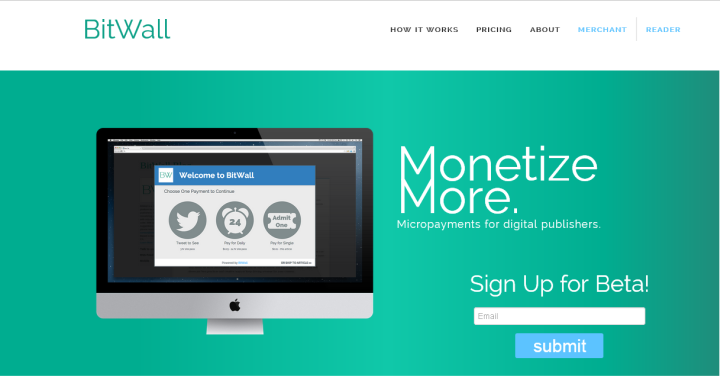 Bitcoin transfer is instant and free

That’s why, sooner or later, everybody will use Bitcoin or another virtual currency for day-to-day business, and probably even in everyday life using your mobile phone. Why? It’s not only because it’s instant like PayPal – it’s because it’s free. Read what one of the best Bitcoin wallet providers Coinbase says about charging you for receiving money: “If you accept Bitcoin and choose to keep those funds in Bitcoin, there is no charge or transaction fee to accept payments.”

Coinbase is not the first or only Bitcoin wallet out there, but it probably has the cleanest design among them. That’s why I chose it last year. You can’t force clients to pay in Bitcoin, but you can accept Bitcoin on your site, especially if you’re into eCommerce, to get a first mover advantage. Both Overstock and the Chicago Sun Times do this. So, it’s not truly exotic anymore but most websites or online stores still haven’t accepted the change.

You could argue that only shady criminals use Bitcoin, but that’s exactly what was being said about the Internet as a whole in the nineties, at least by conservative scare-mongers. Accepting Bitcoin means more sales and less costs. Why not give it a try? Do you want to stay stagnate like I did in my early years as a web dev until the world moves on and you get overrun by progress?

Just like the Bitcoin, the same appeal applies to 3D printers. Soon, everybody will have these printers at home and in the office to “manufacture” items of daily use in a DIY way. Are you prepared to leave the two dimensional realm?

3D printers are a silent revolution going on right now, that started a few years back. They become more affordable each year, and soon everybody will be able to buy one just like today with our computers or mobile phones. Seemingly every week, there is at least one prominent story about someone printing a bike, organ, or a shoe with their 3D printer. 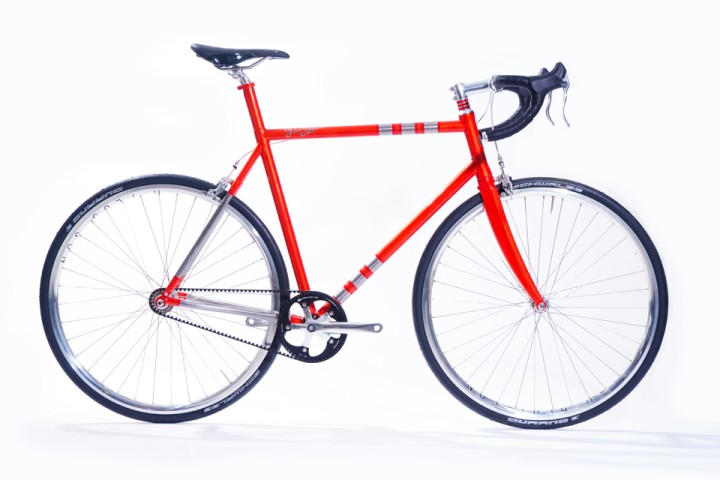 While you won’t be able to print a liver on your own anytime soon and 3D printing of bikes and other vehicles still requires a considerable infrastructure and lots of separate parts, these examples show the sheer infinite possibilities this technology offers.

Things like printed shoes might become common soon. As of now, it’s more about mugs, toys or household items. Of course, some people prefer to print weapons, but this is not a scare-mongering sensationalist article to warn you about the dangers of 3D printing.

The biggest problem with 3D printing in my opinion is the lack of professional designs. Sure, there are a myriad of sites where you can upload, share and even sell your designs, but most of them remind me of the early WordPress themes. Enthusiastic amateurs are trying hard to provide designs, but lack the schooled eye of real designers for simplicity and usefulness.

You have to sift through a lot of noise to find signal in the 3D subculture. It’s not yet mainstream, so 3D models for print purposes still seem very playful, kitschy and experimental. That’s fine for the mad scientist type of people dealing with them, but the average Joe can’t really find many uses for 3D printing yet. Despite that, 3D printing will replace 90% of Walmart and Ikea products not related to food, or too large to fit in a printer form, within a few years.

The time is now to start trying to create 3D models for the general public. It’s not much more difficult than Photoshop and JavaScript when you take a look at this tutorial using the free open source 3d software openSCAD available for all three major platforms (Windows, Mac and Linux). I’d rather print my mugs today instead of exploiting teenagers working in sweatshops in China for Walmart or Ikea. What about you?

Responsive websites are good, but adaptive ones are better. 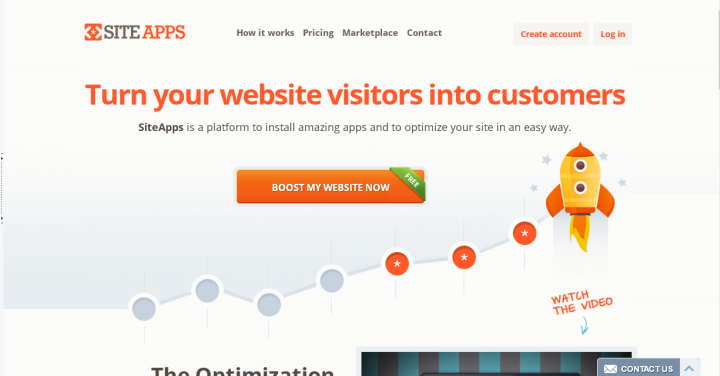 Just recently, I converted my hand-coded legacy website from ten years ago that I had been improving over the years, Amazon-style, instead of relaunching to responsive web design. I’m pretty proud of myself. Despite not working as a web dev since a decade before, I was still able to make it responsive myself by coding the HTML and CSS. Yeah, I know, most of you don’t have to prove themselves in such a stupid way. Instead, you just use a responsive WordPress theme and are mobile-friendly out of the box.

Yes, I use responsive WP themes too. So, let’s skip the boring part everybody agrees on- that we need to make sites responsive aka readable on the go. It’s time to go a step further and to make your site adaptive. What’s that? You haven’t heard of it yet? Well, now you have: adaptive websites are even better than responsive ones.

Instead of just resizing or reordering the same content for people using mobile devices or smaller screens, adaptive sites adapt to the context they are used in. On-the-go people don’t want the same long-form content, large images or long videos. They want to find out where the next brick and mortar store is, what a particular item costs or simply what the phone number of your business is to be able to call you quickly. Last year I experimented with adaptive web design on my WordPress blog using a combination of Google Analytics and SiteApps.

It’s not a perfect solution but one that works already. How does it work? Google Analytics finds out whether a user visits your site by way of a mobile phone or not (among others) and SiteApps accesses this information. Then you can choose which part of your site (for example Widgets) you want to show or not to such a user.

I also show different content to first time visitors and returning visitors. Thus I not only adapt to those on the go (or on the couch) but also to those who don’t know who I am and those who faithfully read my blog.

The SiteApps WordPress plugin allows me to simply choose which items on my blog will be displayed to which users. It’s as easy as checking or unchecking a checkbox. Does it still sound complicated? 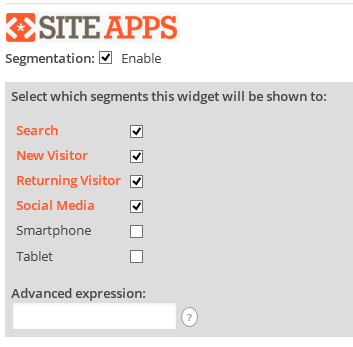 Are you wondering why you should hide something from some users?

Well, consider this: I don’t show my very long list of topics (aka categories) to mobile users, as I understand that they might not want to scroll forever to see the about section in my footer. Logical isn’t it? I’m not a WordPress guru and I can do it ( which means you can too).  It’s just a matter of putting yourself in the shoes of your visitors depending on their whereabouts and needs.

2015 will no doubt be a big year for many technological advances. The three things I mentioned in this article are just the starting point – to get you ready and excited – for all the internet trends to come. Hopefully, you’ll be ahead of the curve and adapt these trends as soon as possible.