2014 may not have been the best year for many people. The year was laden with heart-breaking tragedies, disasters and losses. Unless you have been hiding underneath a rock for the past 12 months, or have a heart made of rocks, there were probably times when you wanted to just stay in bed and not deal with anything. 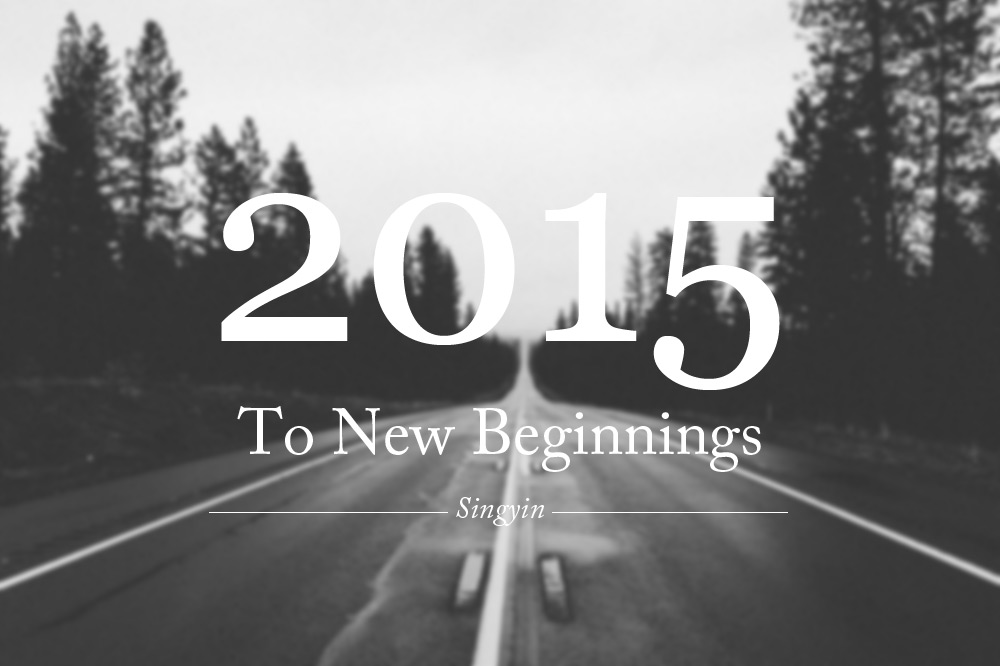 The problem – or perhaps, the solution here – is that life must go on and it‘s time to buck up and get yourself ready for new beginnings in 2015.

If your motivation meter has hit rock bottom perhaps from the wrong decisions made in 2014, or you’re just clueless as to where you want to move towards for the new 2015, this post is for you.

Be Optimistic – Be Objective

I don’t know about you but I’ve always been a fan of the silver lining, or the belief that there will always be one in every terrible ordeal mankind has to face. It’s human nature to have faith and to be optimistic but our regular brushes with reality and experience tend to make us forget that.

Which is why, we need to remind ourselves that there is always something to be glad about: new lessons to take away from a failure, how we can prevent future mistakes and misunderstandings, all that jazz. The short of it is that if feeling sad and upset all the time isn’t going to help, maybe a tinge of optimism can.

And if that doesn’t work, be objective. Stop being so hard on yourself. Set goals and objectives and stay focused on achieving them rather than lament on how terrible everything has been. Things won’t stay the same for always. With every high, there’s a low, and vice versa. Things will change for the better.

Be Opinionated – Be Outspoken

It’s healthy to have opinions. The thing about opinions though is that we have stopped having our own versions of it. Nowadays we are sharing, retweeting and forwarding the opinions of others, spending less and less time working on opinions we can call our own.

Opinions have suddenly become a byproduct of propaganda, political influence, sponsorship or profit. We can now be coaxed or coerced into saying what we may not believe in, and share that online, endorsed and affiliated with ourselves, with no more than 5 minutes of thought put into it.

We have forgotten to work hard to earn ownership of an opinion, which is ironic since we’ve spent decades fighting for the right to free speech.

It’s important to be able to think independently of others, to have your own say on a matter, and equally vital, if not more so, to exercise logic, constraint and caution when sharing opinions, especially on social media. Oh, and one last thing about opinions, be open to the possibility of it being changed. Even Science seem fickle-minded when you look at it across a millenia.

Be Organic – Be Original

While we’re on the subject of opinions, let’s talk about originality. If anyone has ever told you to be yourself, stop them and tell them you want to be original instead. There is a difference.

If you watch those supermodel reality shows, you might get this “be yourself” advice thrown at your face a lot. I think they should go with “be original” because it makes more sense. Be yourself has always been touted as an organic feature: everyone is different; they have their own special thing about themselves that should be celebrated.

But instead the models still get make up splashed on their faces, are made to adapt to unofficial rules in the world of modelling, get tortured with challenges, and are rewarded by being voted off the show on a weekly basis. How that encourages girls to be confident with themselves is beyond me. But I digress.

Basically, what those shows are telling you is that being yourself is never really good enough. “Be Original” though, may be more appropriate, and less misleading. Even when a contestant is booted out, it just means that her/his sense of fashion does not jive with what the judges think, that’s all.

Although you and I are no models, we can adopt this thought process and celebrate who we are inside – the original us. We’ll probably find a home somewhere that can and will take us, for us. So…

Be Outstanding – Be Outrageous

And last but not least, if 2014 had been sombre at best, try to be outstanding in 2015. Be outright outrageous, outlandish and outgoing. Have adventures, try new things…

Wait, I already have a post about this and if you’re in the midst of making your new year’s resolution, you should probably take a look at it to get a few new ideas. In short, and for the sake of consistency…