Interaction 17 is one of the biggest UX conferences in the world. Organized by IxDA, it brings together design leaders, professionals, and students from different continents to discuss the future of Interaction Design and our role and responsibility as designers in creating experiences for our users — as well as the larger impact the products we create can have in the world.

The event is incredibly inspiring, in many ways. Not only to be able to see so many minds that think alike getting together to celebrate our profession, but also for the fact that the topics covered in the conference force everyone to step back a hundred miles from our day-to-day activities and look at the larger picture of where our discipline is headed.

Here are a few things I learned in the second day of the conference:

Ushahidi, which means “testimony” in Swahili

“Innovate at the edge. Scale. Bridge the core and catalyze by creating spaces for others.”

Juliana Ritch gave a keynote presentation called “A Journey in Social Entrepreneurship”, about the challenges of deploying reliable technology for the edges of society, and advocating for internet access and literacy in Africa. She drives partnerships for tackling social problems through connectivity and appropriate technology.

Ushahidi Inc. is a non-profit tech company, specialized in developing free and open source software for changing how information flows in the world.

Check out their most recent project:

The 5 ingredients for a thriving ecosystem

Juliana Ritch also talked about the 5 ingredients for a thriving ecosystem:

There’s a full whitepaper about it in case you are interested.

The secret to creativity 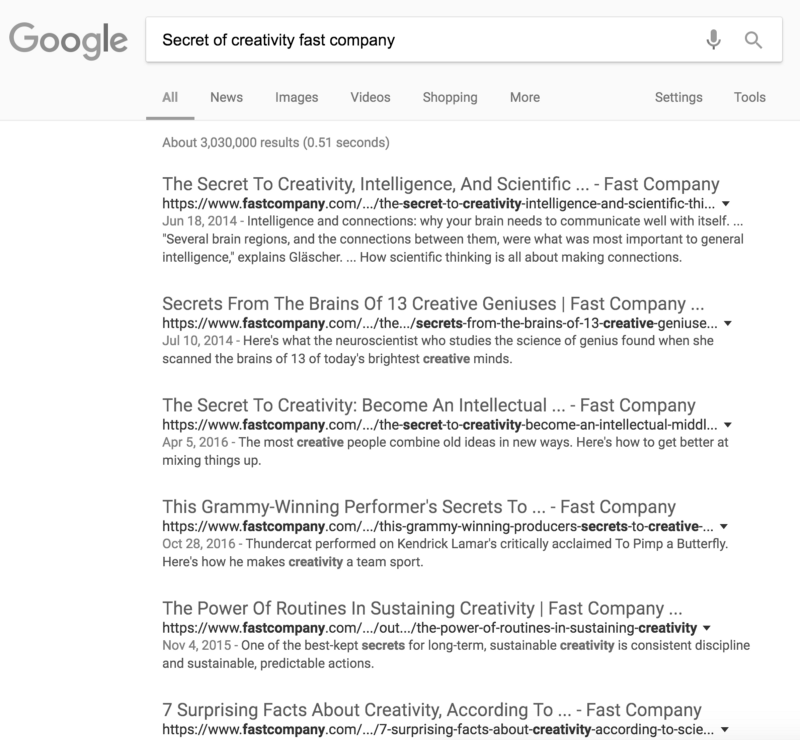 Creativity seems to be a thing these days

Jon Kolko talked about a few principles around Finding Focus in the Midst of Ambiguity and how to get to great work in chaotic environments. One of the principles really caught my attention: the one that says that design leaders should let their teams run amok. Yep. Crazy. Do whatever they want in the office — like removing the thermostat from the wall when they can’t agree on the ideal temperature, or putting silly sticky notes on each other’s desks. 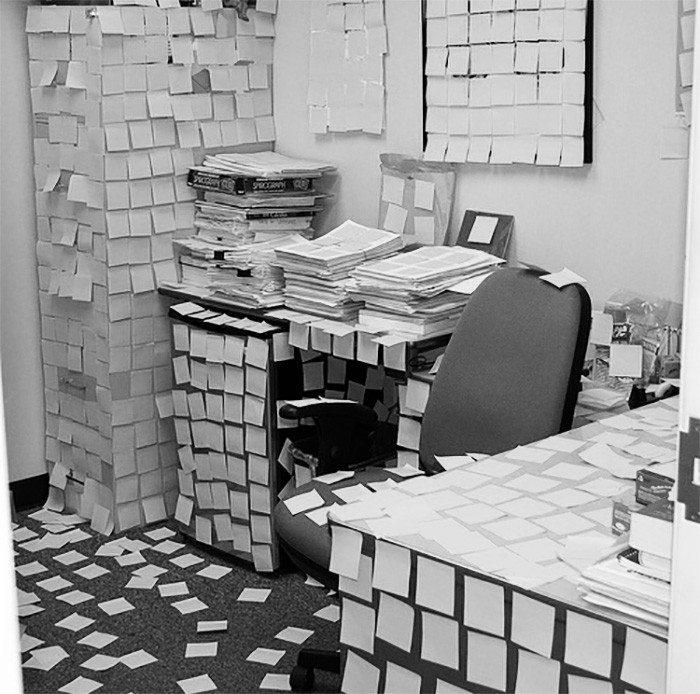 The underlying theme is: creating an environment that lacks rules.

Or where people feel comfortable breaking them.

When there’s no rules, people are encouraged to explore more, creatively.

War stories from the (research) field

Steve Portigal went on stage to tell a few of his User Research War Stories. At the end, he invited some people to join him on stage and share their own stories. Here’s Noel R Bankston’s story:

“So Jim, what would you like to do for lunch? “My treat!” It was the moment I had been dreading all day, ironic since I am a lover of food. I was trying to sound chipper but I was worn through.

It was 2 pm and I was starving. I was sitting in the cab of a 48’ tractor trailer in Lowell, Arkansas. This was my first “ride along” research trip and I had not come prepared with snacks. I was doing in-depth generative research of the pick-up and delivery process for a freight company and hadn’t known that we don’t have lunch until all the deliveries were completed.

I was also not prepared for the weather as I am from up north and I thought the South would be hot in late May. It wasn’t — it was a constant drizzle and cold. So I was sitting in the cab feeling small and tired in the oversized loaner jacket that the dispatcher had given me. We had been on the road since 8:45 am but I had arrived at the trailer dispatch site even earlier to observe the set-up process. And that should have been fine, because on a normal day, Jim finishes around noon. But today we saw all the exceptions — an unprepared customer, incorrect paperwork, an obstructed delivery dock, and poor routing. As a researcher, it was a gold-mine as I observed where problems occurred and how Jim handled them. But as someone who is mildly hypoglycemic, it meant I was getting hangry. It had been a long morning of climbing into and out of that cab, learning which hand to place where to get the right leverage to pull yourself up as you step onto the step that is only wide enough for half your foot. And I don’t know how many of you have ridden inside of a tractor trailer but it is loud and you feel every bump.

In that moment as I asked about lunch, damp, tired, and hungry, I thought back on the the anxiety I had felt earlier in the day about lunch. A co-worker told me that on his previous ride-along they had eaten a burger from a gas station mini-mart. Even on a normal day that would make me uneasy, as gas stations aren’t known for freshness and hygiene. I knew that this type of research means being available for wherever the subject takes you, but I was really hoping that didn’t include food poisoning.

But at this point, 8 hours from my previous meal and having no idea what part of town we were in, who was I to be picky?

“So Jim, what would you like to do for lunch?”

“I just want a salad. I try to eat healthy.” I gave a huge sigh of relief, accompanied by a rumble of rejoicing from my stomach. It seemed that between the two of us, I would be eating the bigger meal. I found a nearby Mexican restaurant on Yelp. While enjoying the flavor combination of fresh cilantro and lime with nary a fryolator in sight, I realized how I had been making assumptions about “truckers” based on stereotypes rather than letting the research reveal the truth. And those assumptions were also judgments about health and lifestyle. Jim was aware of the health effects of his job and wasn’t going to turn down an opportunity to have a healthful meal, especially when a researcher was paying! One of the reasons truckers eat unhealthy food is both cost and convenience. Truck stops get food fast and are less expensive. Unfortunately, our food system is set up in a way that fresh, whole food costs much more than highly processed, industrially produced food.

I won’t be able to eliminate all my biases or preconceived notions but I can grow in my awareness of them. I have been on many more ride-alongs and other types of research trips since then. You better believe I always have a granola bar with me.

The concept of UX Debt

I’ll Gladly Pay You Tuesday for a Hamburger Today was the name of Jack Moffett’s talk on the second day of IxDA17, where he presented the concept of UX debt (which I was not familiar with).

Simply put: UX debt is the accumulation of decisions made during design and development that negatively impact the users of a product or service.

So you gotta take care of that.

There are many sources of UX debt — both intentional and unintentional.

Intentional Sources of UX Debt (should be planned for)

Unintentional Sources of UX Debt (should be guarded against)

I’ll do some more reading on UX Debt over the weekend, and will certainly invite Jack Moffett to share more here on uxdesign.cc when he has a chance.

Great talk by Paolo Malabuyo, Director of Design at Netflix, on how he learned to stop worrying and love A/B testing. And if you’ve read this, you already know how Netflix does A/B testing. 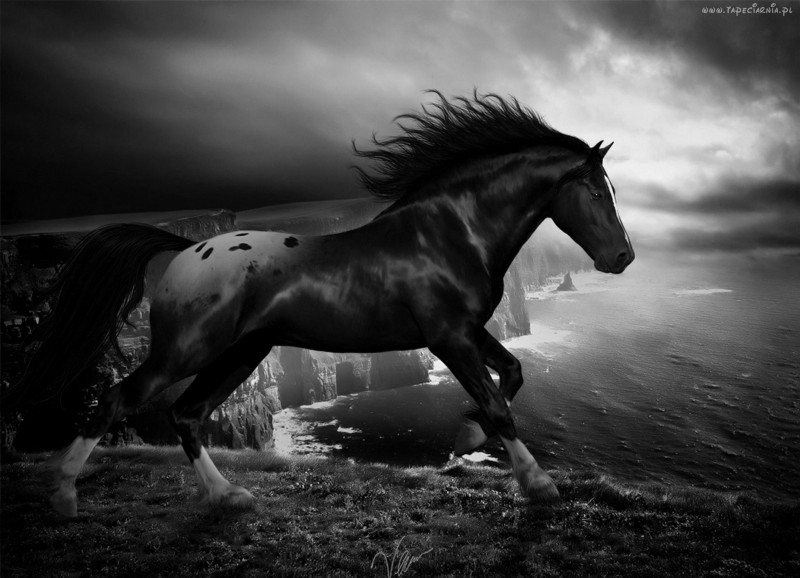 Dark horse prototypes are ideas that are dark, odd, uncomfortable, and sometimes orthogonal to the context you are designing for. Creating dark horse prototypes in addition to your normal design ideas helps keep the design space open a bit at a time that it naturally converges and leads to stronger results.

Force yourself to take the time and think about ideas that are risky and hard to achieve (but not impossible). Example: what if instead of an app giving you turn-by-turn directions, you could just tell it “follow that person”?

When selecting your ideas after the concepting phase, select one idea to be your dark horse. It has to be feasible, of course. But it has to be odd. Save the time to prototype that idea. That keeps the idea space from shrinking too fast in your process.