PHP is one of the most powerful and preferred scripting languages, and a huge number of WordPress sites are powered by it. However, developers faced several issues with this combo,and they are about to be answered.

One of the main problems with WordPress and PHP up till now was mainly because of its backward compatibility feature. It did not allow for full utilization of the latest capabilities offered by the newest versions of PHP,i.e., PHP 7.3.2.

If that was the bane of your life for ages, buck up for things are about to change. We are just a few weeks away from the day when WordPress will change its minimum version support for PHP from 5.2 to 5.6, and if things go well, to around PHP version 7 by the end of this year.

WordPress’ failure to upgrade to newer versions of PHP has created many problems such as less than optimal code on so many websites. Now that you can upgrade, you can utilize the latest features to improve the code and your eCommerce web development.

Before we talk about those features, let’s look at the problems we faced up till now. 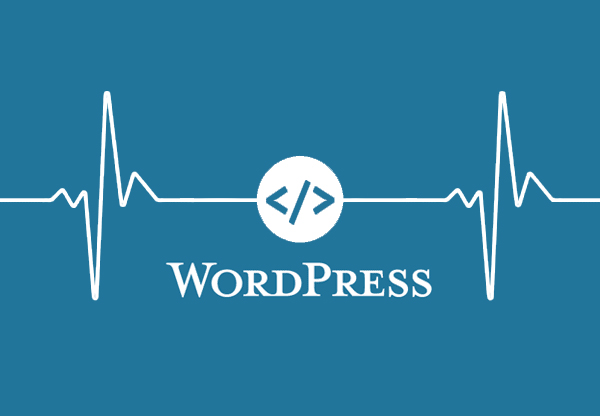 As of now, nearly 35 percent of the WordPress sites are running on a PHP version that is no longer actively supported. With no active support, the website is left vulnerable to several security issues and other performance related problems. And there is no patch to overcome issues that arise on those versions. That unsupported version includes all PHP version till 7.0, which is now around three years old.

More importantly, those older versions are keeping you from utilizing an amazing array of benefits we now have with PHP 7.3.2. There is full active support for this version including patches and fixes that improve security and performance.

Now, let’s look at some of the features that will allow you to optimize your WordPress code powered by the latest version of PHP.

Namespaces aren’t exactly a recent addition to PHP. They were introduced with PHP 5.3, which means they weren’t available for WordPress before. Now that we are upgrading, we can make use of namespaces for structurally organizing the code base. This will help in avoiding conflicts that arise from items with the same name.

Namespace works just like OS directories. It allows items of the same name to exist as long as they are in different directories or, as we call them in PHP, namespaces. There will be no collision or conflict.

You must be wondering that WordPress already support classes. Both Classes and Objects have been a part of PHP since version 5 and are already utilized by WP. However, with the new version, you will be able to utilize them more efficiently and extensively than ever.

The new version will allow you to take the Object-Oriented Approach instead of the functional programming approach. This means you can use classes to create proper modules and implement proper functionalities. You can use inheritance and encapsulation to make the code more reusable. This will have a significant influence on the testing and maintenance cost of the application. Plus, the developer’s productivity will greatly improve due to the ability to reuse components of the code.

Traits have also been missing from the current WP core because they were included in PHP version 5.4. Traits are great for developers. They allow for horizontal composition of behavior. Generally, sub classes are derived from a single parent because PHP only supports single inheritance. This makes it impossible to reuse code through inheritance of class.

With traits, thanks to horizontal composition, you can now reuse the code among classes with different parents and hierarchies. Apart from that difference and the fact that it can’t instantiate itself, a trait is quite similar to a class.

The difference may be small,but it can have a great impact on overall code optimization.

Again, it is a feature that WP is already making use of. However, the previous versions don’t allow for maximum usage of interfaces. You can only use less than ten in total. It is going to change with the upgrade, and here is why it matters.

Using interfaces, you can specify the method of implementation through your own code. And you can do it without defining how those methods are implemented. This makes it a perfect element to define contracts between different competent.

The major benefit of using interfaces is improved modularity and maintainability of your application. Using interfaces and dependency injections, you can optimize the entire code to the next level.

Like traits, closures are also missing in the current WP core but will soon be a part of it. Once added, Closures will make a programmer’s life easier and your site’s code better.

Closures allow you to implement anonymous functions so that a global namespace is decluttered from single-use functions. Closures are instances rather than a class, but this technical bit of info has little impact on their implementation and utilization.

With the closure, you no longer have to define a function in advance before passing it as an argument.

The upcoming upgrade will allow you to utilize generators that are essentially the easiest way to implement iterators. Using generators, you can write a code that can iterate over data without the need for an array. It is different from other functions in the way it yields not one but as many times as needed.

It will bring many improvements to the code and no wonder it is such an anticipated feature.

It seems like WP is finally ready to compromise on its powerful backward compatibility since it now seems to be focusing on all the latest PHP features. It’s the inability to utilize those features was making a lot of developers switch their platforms. But now, WordPress is on its way to get back in the game. If everything goes well, we will see a tremendous difference in WP code optimization.