If you are looking for a new camera the chances are high that you have already seen some new point-and-shoot or DSLR cameras on the market which offers quite impressive technical features. However, it’s important to note that with advancements in technology, a growing number of consumers are gradually switching from DSLRs to Mirrorless Cameras and there are quite important reasons to that decision. Generally speaking, those new cameras offer exactly the same features as DSLRs including the large sensors, wide options of manual control and variety of interchangeable lenses.

The mirrorless cameras were first introduced way back in 2008 by Panasonic and Sony, which are considered to be one of the most innovative companies in the industry. They decided to use the Micro Four Thirds sensors for their new generation of cameras which enabled the developers to produce incredible lighter and a compact camera body with a perfect lens system. More importantly, the tendency has continued and over the years product has dominated the market. Other manufacturers also started to upgrade their old systems and now almost everyone has a mirrorless camera in their lineup which means that the options are
great, and everyone can choose their camera depending on their needs and budget. Also, no matter whether you are photography or videographer this camera will become your perfect companion, delivering maximum performance in any situation. Now, there are a couple of reason why you should invest in mirrorless camera which we are going to discuss in this article in more detail. 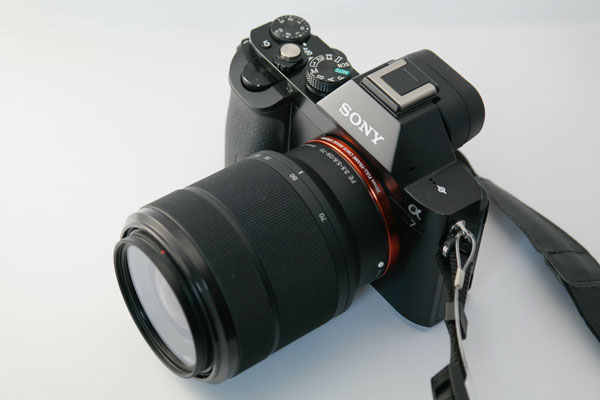 One of the main advantages of a mirrorless camera is obviously its compact size and the absence of heavy mirror inside the camera body, which makes it even smaller and ideal for everyday use. Instead of an optical viewfinder, the camera also takes advantage of electronic viewfinder also known as EVF. So, by eliminating the need for flip-up mirror the camera is capable of producing higher quality images in a more convenient way. Plus, the lens is moved closer to the body which significantly reduces the size of the overall system.

Furthermore, the manufacturers try to come up with new hardware every year, so today it’s rather easy to find the best mirrorless camera on the market designed by Sony or Panasonic. Furthermore, thanks to the small body those cameras are perfect for outdoor photography. Meaning that it requires minimal force to operate and doesn’t cause any shoulder or neck pain after each shooting session. Plus, mirrorless camera is perfect for street photography, as it allows you to take some perfect images in low light condition and strangers are more likely to notice your small camera while shooting outside, rather than caring some professional bulky DSLR.

The autofocus is the main advantage of the mirrorless camera, which was considered to be its weakness couple of year ago. Recently everything has changed and now with the help of hybrid autofocus, it provides better performance at any given moment, thus closing the gap between DSLR and mirrorless camera focus performance. Also, while using the mirrorless system you get the opportunity to experience the worlds fast AF, especially when it comes to video recording. The problem with old DSLRs is that they use optical viewfinder to detect the subject in the focus compared to EFV which deliveries seamless output right from the sensor.

The following is considerably noticeable in the live view mode where the focus speed is really slow compared to mirrorless. So, in case if you are looking for a video camera that can also take high-quality images then the mirrorless camera is the best choice for you. In addition, the new models also feature the hybrid AF system which takes advantage of both phase and contrast detection autofocus system delivering almost perfect results at any condition.

However, it’s worth noting that even today not every digital camera offers the hybrid AF, so it’s always a good idea to make some research before buying a new one. Another interesting fact about the mirrorless systems is that because they use an image sensor to deliver the fast AF, they provide more accurate and precise focusing capabilities on wide-aperture lenses compared to DSLRs, making it almost unbeatable power in the hand of a professional photographer. 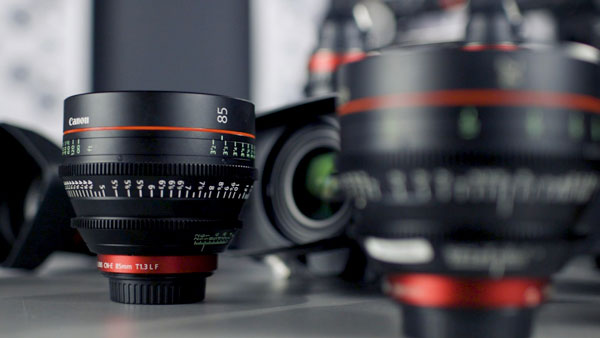 If you are planning to switch from the DSLR to mirrorless camera don’t be afraid by the fact that the system is not fully developed or matured. Over the years companies have upgraded their lineup and offered quite impressive solutions of different problems, with the new firmware updates or hardware changes. In addition, those brands offer a wide range of lenses that are optimized for productivity, so you might end up finding a better lens at a better price for the mirrorless camera rather than on DSLR. Even the Micro Four Thirds sensor itself allows you to use more than 60 compatible lenses. Plus, with the help of a little adapter, you can even take advantage of your old SLR or DSLR lens and adapt it to the new system.

And in case if there are some problems, the mirrorless sensor will auto correct lens distortion and
other problem which you might face during the working process.

By eliminating the need to use the actual mirror inside the camera now it’s possible to get rid of annoying sound which we all get used to while pressing the shutter button on DSLRs. More importantly, the Silent Shutter enables you as a photographer to work unnoticeably while shooting in nature or even on the weddings, where you don’t want to call the attention of others which can entirely ruin your plans.

Furthermore, instead of optical viewfinders, mirrorless cameras provide you with the live previews of the image directly from the camera sensor with the help of the electric viewfinder also known as EVF. The system will deliver an almost instant connection to the sensor to preview the exposure as well as white balance on your image before pressing the shutter button. Moreover, with the help of new menu system now it’s possible to customize the electronic viewfinder to your own preference and add manual focus and other existing features which is really helpful for photographers. Compared to old DSLRs the new lineup of mirrorless cameras also offers high-resolution OLED display which delivers crisp images and
detailed view of your photo, that can dramatically improve the productivity. 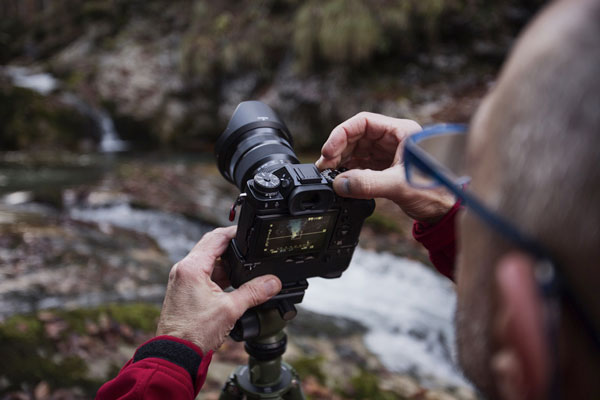 As mentioned before mirrorless cameras use their sensors to deliver the live previous of the scene, so it makes rather easy for those cameras to record high-quality videos and provide perfect AF at the same time. Plus, there is no mirror sitting behind the lens which blocks the sensor to get the direct light from the scene, which also improves the overall result. Moreover, switching from photo to video mode is almost seamless thanks to powerful processors, so you will not experience any kind of lag.

The interesting thing about mirrorless cameras is that they are around for almost 10 years and gradually they are becoming more and more popular. The man difference though is that the mirrorless camera doesn’t have the optical viewfinder, otherwise they offer identical features as DSLRs. Both systems also share the same specifications, which proves that you won’t experience any lack of power. Moreover, the product itself is available in different models, so depending on your budget and requirements you can get a perfect camera for your next project.