After synthesizing the insights, I re-iterated on the concepts to alleviate the weaknesses and further highlight the strengths. 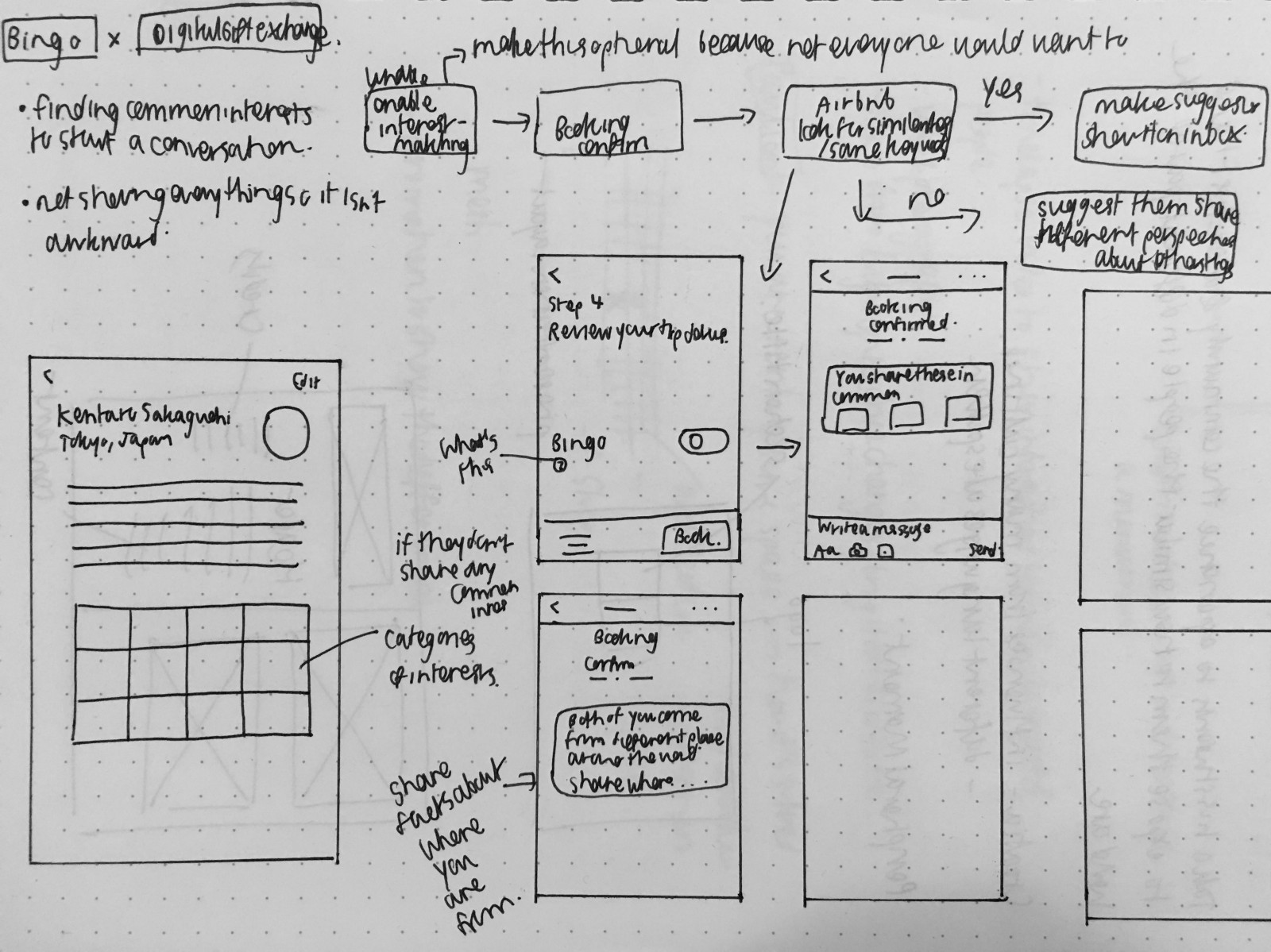 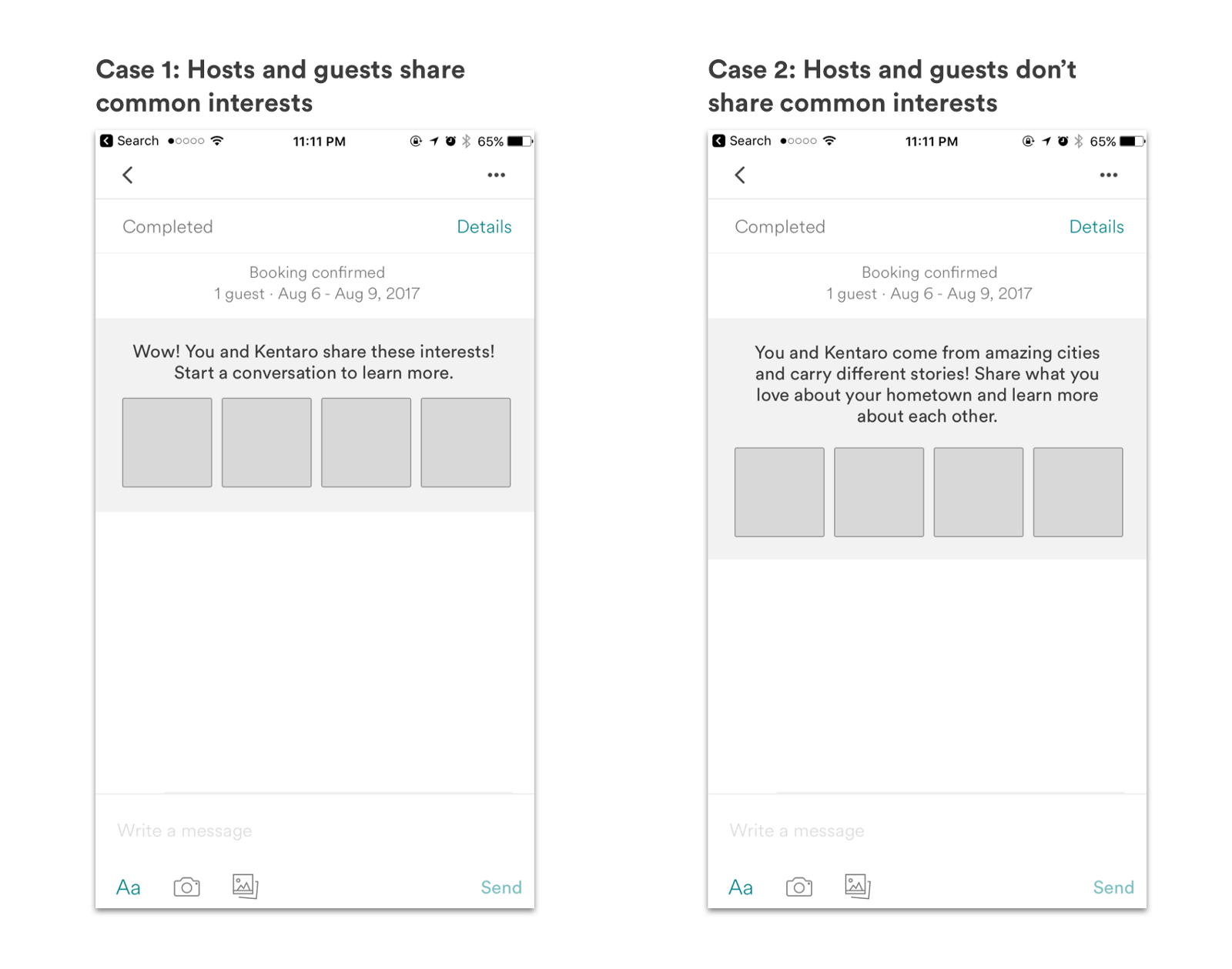 After testing, I decided to remove the gamified portion of the concept and replaced it with an automatic matching process by the system. I tackled the weakness of this idea, which is the awkwardness if they don’t share a common interest, by diverting their focus from “not sharing common interests” to “they can share amazing stories because they are different” (above right). 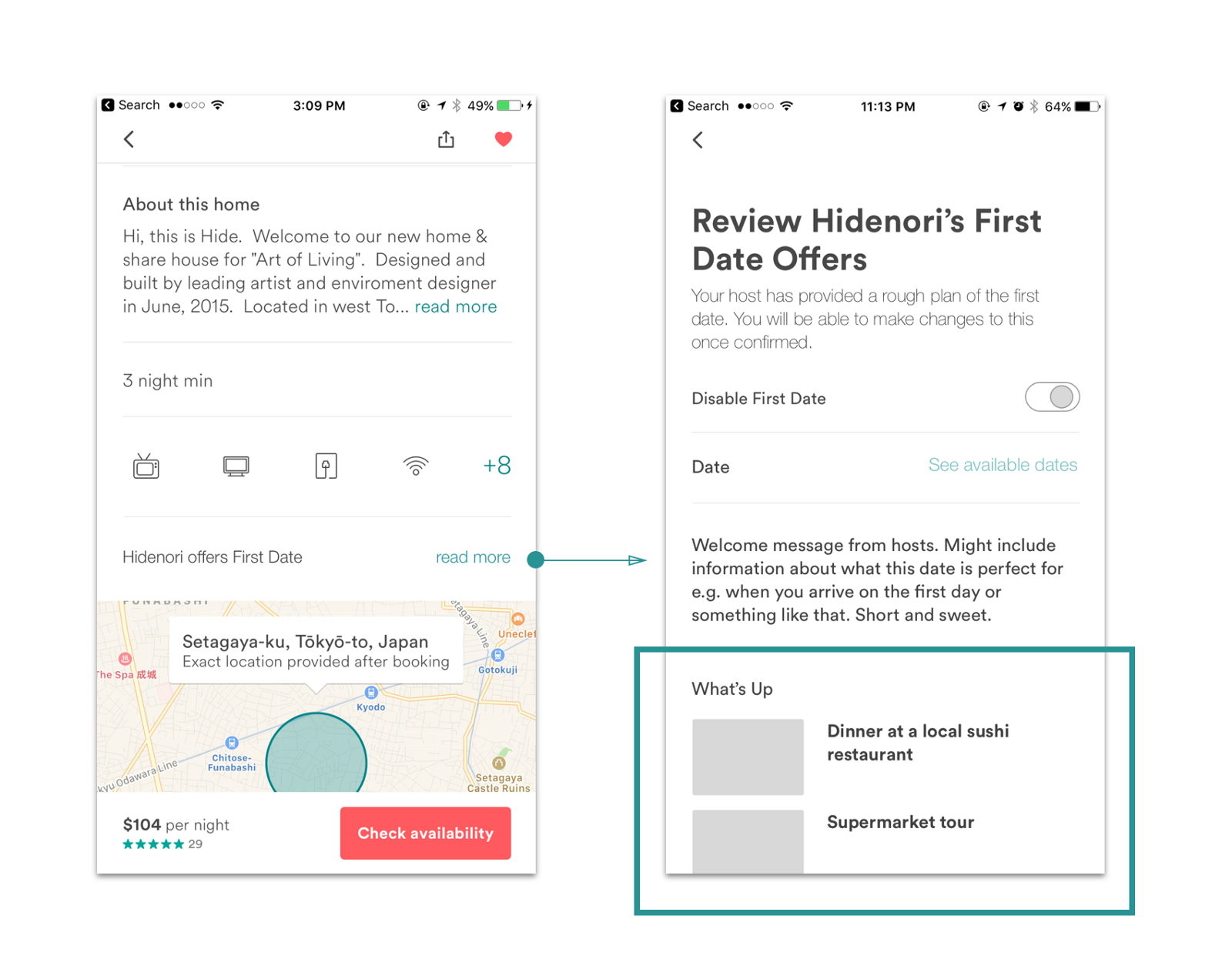 The main weakness of this idea is that it can be too much of a hassle for the hosts, so this feature will be optional for both the host and guest. I also found later that guests are often very tired from traveling on the first day and the common check-in time is relatively late (4pm), meaning that there won’t be much time and energy for them to spend time together. I decided to redirect the core idea to it being the “First Date” — to focus on them spending quality “living like a local” time together, rather than guests following the hosts’ house directions on the first day.

Building relationship face-to-face rather than through screens

I settled on the First Date idea for two main reasons: