Content takes on new meaning with Google’s new algorithm, which is codenamed Hummingbird. In fact, Hummingbird takes into context not just content but how that content is written. 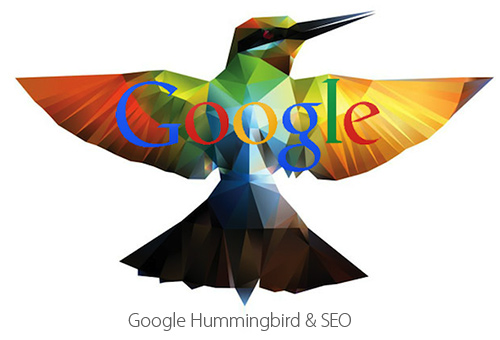 As the latest salvo fired by the internet company to stay atop the web browser game, as was the case with previous iterations of algorithms Penguin and Panda, Google has once again put the responsibility of one’s search engine ranking on the person or company itself, a responsibility which is taken on by way of content.

But unlike with Penguin and Panda, Hummingbird isn’t concerned with just keywords or smart phraseology. To rank high with Hummingbird, the content has to be good content.

While this might throw a wrench into some company’s and individual’s attempts to get noticed on the web, the true intent of Hummingbird will undoubtedly cause the doubters and concerned to rethink how they are presented on the internet. In short, to play in Google’s playground, they simply have no choice in the matter.

The Nitty Gritty of Hummingbird

In an attempt to completely overhaul Google’s search algorithm, Hummingbird becomes more context intensive. Keywords no longer do the job. Now, a person truly has to write to comply with the browser’s latest Knowledge Graph version.

But while each iteration of Google’s past algorithms have made increasing demands on those who utilize the browser, Hummingbird takes a step further by requiring content that also takes into consideration spoken queries.

The reason for this lies with the simple notion that as smartphones increase in popularity, so does the search engine technology that smartphones employ, including spoken queries as can be executed with programs such as Siri.

This brings a new paradigm to the idea of context, one which Hummingbird defends toward its own purposes that can have some rolling their eyes or crying foul simply from the fact that now, content won’t be as easy as it was before.

But just as important, and possibly arduous, for content providers is that all of the past Google algorithms stay in play.

Relevant outbound and inbound links, engaging, shareable original content, as well as keywords and phrases, will still have their importance to Hummingbird and with that, overall page rank in terms of particular keywords and searches. The major difference, however, is these attributes will no longer operate separately from each other.

Another reason for the implementation of Hummingbird is to limit the amount of spam that can hit a browser when a search is engaged.

Of course we’ve all experienced spam. And goodness knows how spam can matriculate from our search results on into the rest of an online experience in the form of ads and popups, particularly after mistakenly clicking on the spam in the first place.

Hummingbird goes as far as to recognize these spamming practices that business use to (unfairly) improve their page ranking by cutting ahead on a search with little to know context.

The beauty about true writers is that when required, they can write the way people speak. Of course the writer’s characters, theme and subject matter depends heavily on what would otherwise be regarded as style. Nevertheless, in the relatable human sense, this is communication which other humans, i.e. readers, can not only understand, but is obtainable in the first place.

Hummingbird, to some, can act like a reader. In literary terms, what Hummingbird requires is story. It also has a notion of style. While this might wave a red flag, or at least a yellow flag, to those businesses and individuals who rely on the internet, particularly from a marketing point of view, for the writer – the pure writer at that – Hummingbird might be a blessing in disguise.

This isn’t to say a budding Hemmingway should give up the quill for the keyboard. Nevertheless, if business owners are paying attention to technology’s march with Google’s release of Hummingbird, they should realize that the staid stuff won’t help them stay atop the rankings.

In that, true wordsmiths might be needed for content from this point onward. Or at least one’s SEO expert should be open to a bit more depth to their work, not to mention more keywords as well as outbound and inbound links. Hummingbird seems determined on making an SEO specialist to work for both their money and much more importantly, their words.

Of course the silver lining in (if a manager is fair about it) granting their lead content writers raises for putting up with Hummingbird’s newfound complexities and needs, is a solidified and longer-standing podium finish atop an internet search, some of which may come from attrition as others fail to keep up with what makes Hummingbird hum.

Because of Hummingbird’s demands, it is paramount that one be in an expert in their field of content. It will, in fact, become tantamount that good quality content be a part of a site’s description, as well as filled with truly reputable website and social media outlet links. It can only be in this way that Hummingbird will favorably view the initial site, and reveal relevant searches by way of targeted keywords. The sticking point is those keywords have to be more than just imaginative. In this case, they have to comprehensive and deeply detailed. Research, as it may not have been a part of a web copywriter’s previous curriculum in their tasks, well now more than likely be a method of normal operation.

With Hummingbird, it’s all about SEO leverage, but now SEO leverage with not just a purpose, but in many respects, a cause.

A key aspect to besting Hummingbird, seems to lie in simply being human. Unlike Penguin and Panda, and strikingly similar to a simple conversation, such communication has to be employed when writing for Hummingbird’s algorithm. In that, the idea of a conversation should be enacted between the writer and the reader of Hummingbird-savvy content. This again can lead to higher site counts and placement within Google’s search engine.

At that same time, the human aspect of content, when it is found, will be welcomed as a different read buy those browsing on the internet. Long known by linguists and writers, a conversational style goes much farther to a person’s emotions than, for example, a technical manual with its cold, sometimes oblique or otherwise obtuse writing.

Humanity is key with Hummingbird, which, ironically, is the most human algorithm yet.

Meanwhile, if a company persists in continual spamming with their content, or if not, simply brings little to nothing to the internet through vivid description, keywords and overall language to their copy, Hummingbird will undoubtedly send that site downward with many promised notches.

Needless to say, while there exists legitimate companies who have not reported significant change in their internet ranking since Hummingbird rolled out, this being the case either by not regularly updating their content, or by not having content that meets Hummingbird’s standards, those who simply try to defy what Hummingbird represents in the new era of Google search engines, could nearly disappear entirely from the internet landscape. At least they could figuratively as their rankings sink so long, they might no longer be seen.

In short, Hummingbird’s algorithm does not seek as much to satisfy the marketer as much as the person who the marketing is aimed at, which in most world wide web cases are consumers. Only in that way can two main players in the internet sector, in this case those who buy and in Google’s case, that which provides, can be thoroughly satisfied.

How this might play out in the future of the internet is ultimately very clear. Google is, and has been for many years, the penultimate in search engines. Everyone from the long-ago popularity of AOL to what looked like a neck-and-neck rival in Yahoo, has either fallen by the wayside or strives with increased desperation to catch up to Google.

With Hummingbird, that simply might not happen. As any marketing professional will reveal, in these days of the internet, and the increasingly accepted notion of what SEO is, the concept of a search engine as popular as Google is when coupled with good SEO-based content, can be used to dramatic levels for a company or individual.

Even so, because of Hummingbird, it is much more important now more so than ever, for an entity to increase their web presence, more often and with more relatable language and description. Yes, the links count. The website sharing helps. But as the words of Bill Gates in which he stated, “Content is king,” no one, and now with Hummingbird, nothing will dispute such a phrase.

How this outlays with the written word, particularly where Hummingbird is concerned, involves what many on the internet have complained about for years as poor writing.

As is said in journalism, when a newspaper writer utilizes guidelines put down by AP Style manual, he or she will invariably become a better writer, much of the same can be said with Hummingbird.

In that regard, while copy will become more broad, complex, and sustainable to its proper subject matter, so will the writing in all these qualities, including as well clarity, meaning, strength of purpose and even emotion.

Because of Hummingbird, the internet could possibly become less of a factual source and more of one whose content could from now and into the future, come about in more of a story-like fashion. In this regard, a product would have more than just legs seemingly attached to it by a marketing crew. A product may instead have a true voice, a real personality, and evoke a much stronger emotional bond with a consumer beyond staid text, description and at the end of it all, a price which asks that a user click on it to buy.

What this means is entertainment value will rise with the internet, making it through Google, a value-added resource as purchases, particularly if they’re high-ticket items, are done more often than not, emotionally.

Again, the benefits are three-fold with Hummingbird. Google, by sheer dominance within the online sector will continue its spearheaded positioning with Hummingbird. The consumer will be vastly more entertained by what is seen and described online by way of lively, thought-provoking and insightful content. And the business marketing itself with that content will in the end profit from the good work employed by its writers, editors, photographers and web editors.

The business, in short, will be known for good content, which in other thoughts is simply good advertising. And that, is half the battle.

What A Business Needs To Do

Produce. That’s what a business needs to do. Especially now with internet being superfluously infused with daily lifestyles and particularly with regard to Google being the most popular search engine on the internet, a company’s job is to take advantage of these assets by creating fantastic content.

Continual updates with well-written material that touches on both the points of SEO and of simple storytelling, can and will work wonders for all three entities regarding internet marketing and purchasing.

Hummingbird will not just hum, it’s going to take off. It will set almost a boilerplate for what will come in the long run for the internet, making it more important and influential in daily life than ever before in web history.