During the last ten years, Ruby on Rails has grown to become an increasingly popular solution for building web apps. In our rapidly changing technological environment and shaky economy, RoR can speed up the development process and help companies save time and money. Today, the knowledge of Ruby can land you great jobs – there are lots of interesting projects and quite lucrative positions out there that involve this language. And Rails is there to help you make the most of it. 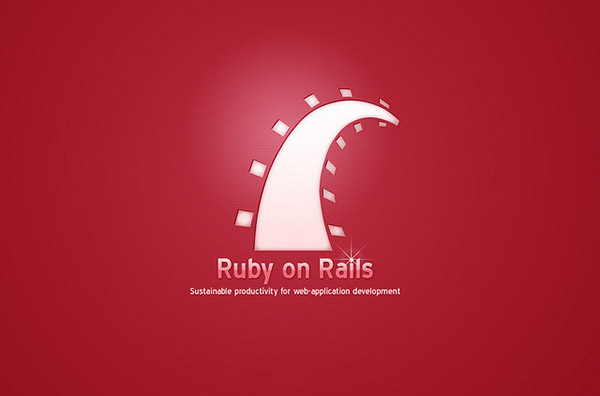 What exactly is Ruby on Rails? It’s basically a web application development tool – a framework written in Ruby programming language that provides a clear structure for your code.

Programmers like Rails because it helps them to abstract and simplify common repetitive tasks everyone has to deal with at one point or another. But that’s just one good reason for why you should learn Rails – here are six others to give you an idea what kind of benefits Rails can bring you.

Some say that launching a website with Rails can take as little as six weeks! Whether it’s true or not, one thing is clear – Rails can significantly speed up the development process. It gives you a cleaner code base (less redundant code) and allows you to reuse its existing components, rather than forcing you to build them all from scratch.

Rails also provides lots of plugins called Ruby Gems, which you can use instead of features that you’d normally have to create first. This, together with its integrated testing tools and scaffolding features, makes Rails both so efficient and approachable.

With increased speed come the lowered costs – in this case, you save up on both time and money. Rails is highly automated and effectively helps to cut out significant sections of the whole project, helping developers to concentrate on specific problems instead of first having to get a firm grasp on the framework itself.

Due to its speed and flexibility, Rails allows companies to immediately benefit from new market trends – speeding up projects that in a regular corporate environment would take ages to organize and implement.

Ruby itself is a great choice

Even if it’s not the easiest programming language around, Ruby is pretty impressive. Not only does it combine some of the best characteristics of dynamic languages, but it also incorporates excellent solutions from static languages.

Thanks to its object-oriented paradigm, Ruby is a perfect language for getting things done – as opposed to writing a lot of code. In short, Ruby is a language that simply fosters productivity.

This is what I find great about Rails – both the framework and the majority of its libraries are open-source. Rails itself runs on Linux, which is open-source too. This means that a project realized on Rails won’t involve any licensing costs – another cost-effective strategy.

Open-source also means that there’s a thriving community behind it and lots of people ready to help you if you’re stuck with something.

After launching your Rails-made web app, you’ll be able to modify it easily. Adding new features, applying changes to data models and making other modifications can all be done at a very fast pace – again, saving you both time and money.

Rails is a self-documenting framework, which basically means that it’s easy for other developers to pick up a project and know exactly what has been done to it so far. The code is highly readable – another feature that helps in the process of project re-assignment.

All in all, Rails is a great solution that has a bright future – in the next few years, we will see it helping developers in launching web apps within a short time frame and limited budget. Take the cue from web giants like GitHub, Slideshare or Goodreads, and embrace the wonders of Ruby on Rails right now.