RichCSS is an Object Oriented CSS framework providing default structures for reusable css elements. It’s built around an Architectural Style that organizes your code in a way that allows: reusability of your css, versioning, the use of css plugins and the ease of using it. RichCSS is bringing convention and organization to CSS that anyone can understand and use.

RichCSS is the V2 of ROOCSS. It’s a CSS Framework that makes it easy to organize and use CSS in teams. RichCSS id driven by a community of individuals that power it’s development and use every day. It’s an open source project created by Richardson Dackam, hosted, developped and maintained on Github. 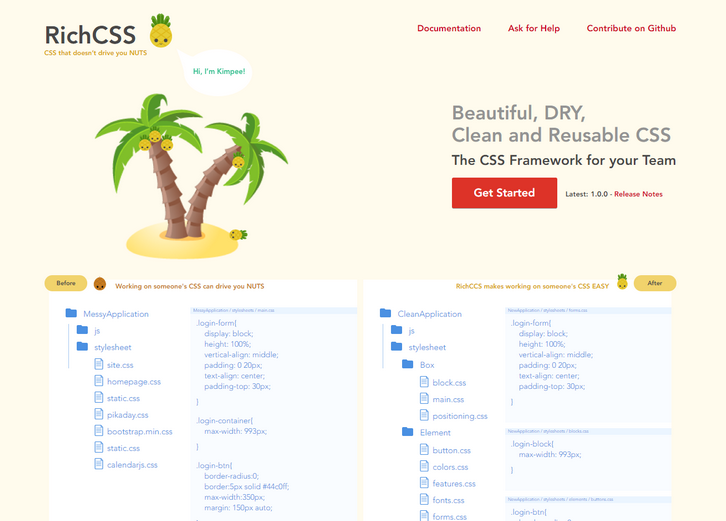