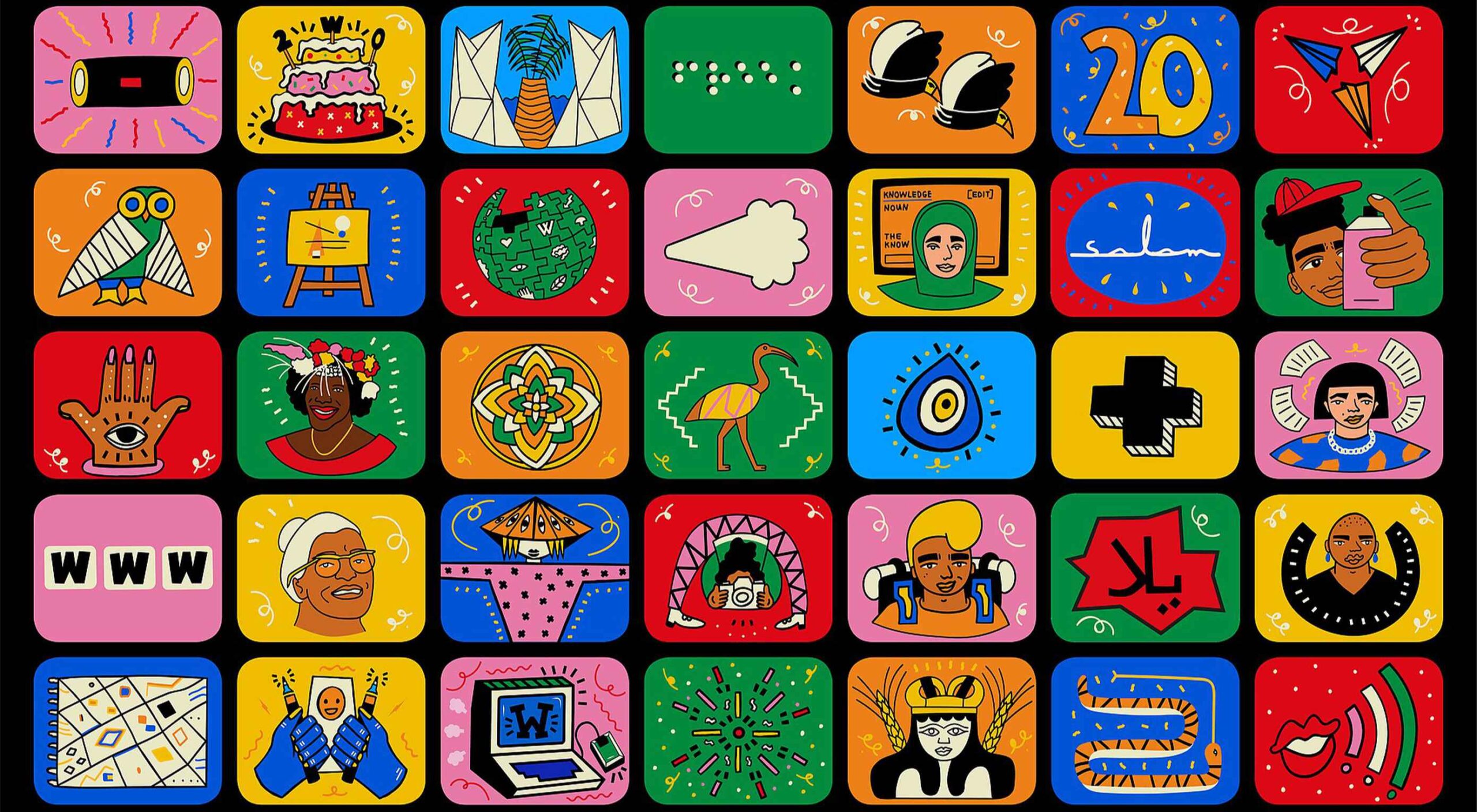 20 years ago, Wikipedia was started with the ambitious aim of creating a free encyclopedia for the whole world.

Looking back 20 years, the world was a very different place: the Dot Com Bust had just passed; the average US house price was just $136k; Jack Bauer was only 24 hours into saving the world; President Obama was several years away from the US Senate; Destiny’s Child were topping the charts; the appalling events of 9/11, and everything that followed, were still months away.

Some startups from the same era have gone on to raise billions of dollars, a few have even turned a profit, while most have slipped into the realm of permanent 404s, Wikipedia has determinedly stuck to its original altruistic intent.

To celebrate its 20th anniversary, Wikipedia is highlighting some of the 280,000 volunteers who edit entries every month, keeping the site on point.

With 21,000,000,000 searches per month (give or take) Wikipedia has become an unparalleled authority for the web. With most-viewed articles from the past ranging from Darth Vader to Avengers: Endgame, to COVID-19, humans across the planet have a source of news that is transparent, independent, and democratic.

So happy birthday to Wikipedia, may we be celebrating again in 20 years.