Let’s quickly remind ourselves of the creative thinking process: 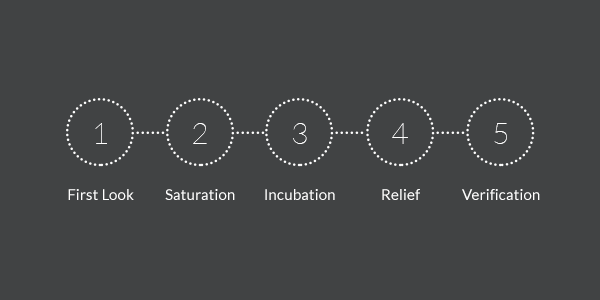 Whenever we speak about environmental block, we’re generally refering to problems which are created by the culture you live in and your immediate environment. Some environmental block problems can be caused by clients for example. It isn’t always easy to deal with a block which is caused by someone else, but communication is usually the key in solving such issues.

The way we’er raised and educated ensures we have certain patterns of thinking and behavior. Taboos are positive in a certain way as they protect society against unacceptable thoughts and deviant behavior. During the incubation process, we as designers and developers should do our best to think freely. This may sound logical, but it’s sometimes quite difficult because of habitual thinking patterns we use as a result of both our education and the society we live in.

A possible way to beat this situation is to question everything and avoid being critical. Don’t analyze your ideas to begin with; aim to collect as many as possible.

Using humor in your problem-solving process is a difficult balance. Some people value funny solutions, but in business situations humour isn’t always appreciated. 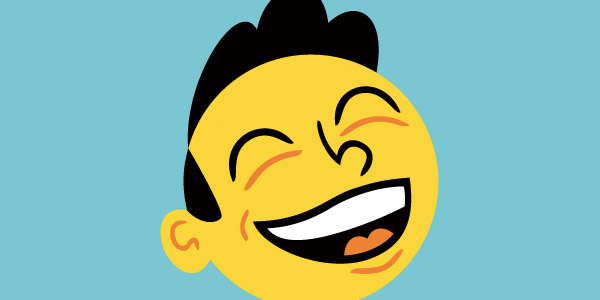 It’s important to analyze the context you are being creative in, to see if humor fits the situation.

Intuition will tell the thinking mind where to look next.

Often, people consider creativity and logic as two complete different things. A creative person will master both. They are able to be creative, but they never forget a certain level of logic behind their thoughts. Some people are great at making intuitive decisions; if you’re one of them don’t be afraid to use intuition in your creative thinking process!

A potential block you might experience is in focusing too hard on being creative, forgetting logical thinking. Remember that in the end your creative solution has to be functional, which is where logic can be your friend.

The left half (hemisphere) of our brain is often described as thinking in an analytic fashion. It helps us to think logically. The right half is used more for spacial perception, creativity and it stimulates our senses. Naturally, we use both parts of our brain whenever we think – and it’s important to understand that the functional division between hemispheres isn’t as black and white as some say. 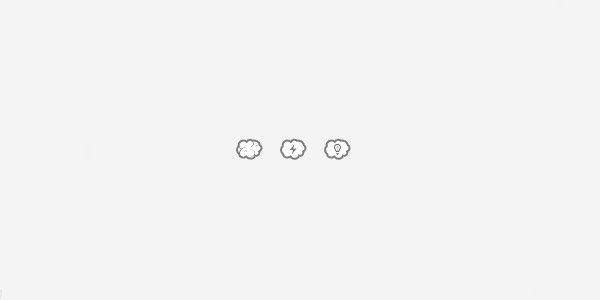 One potential creative block you might be suffering comes from over-stimulating one side of your brain, effectively causing an overload of information for that specific side. If you’re too occupied with logical information and logical thinking, it’s natural that your creative thinking will suffer.

Achieving the balance is a difficult job, especially in the creative industry where we’re often too focused on delivering the creative solution, while some logical thinking and information can definitely help in offering the correct situation. So, in general, don’t just be creative, also research and think to avoid this block!

If you only have a hammer, you tend to see every problem as a nail.

Primary creativity is defined by a real break-through. A true original idea. Something which nobody has tried before, or perhaps did but failed. It’s incredible to achieve primary creativity. Not only does your idea have to be amazingly good, it also has to be accepted by your client or target audience. For example, before the release of the iPad, previous tablet computers weren’t a real success in the market, even though the products existed. iPad achieved primary creativity by finally making tablets a huge commercial success.

One of the reasons why primary creativity might fail is because of tradition. In general, people don’t like change. People like stability and tradition, unless it no longer creates any added value and there are better alternatives. 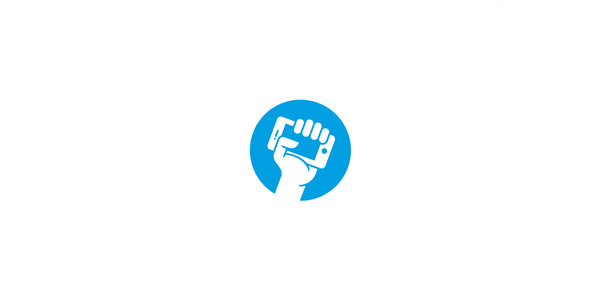 As a designer, or as a creative person in general, you will often create solutions which are opposed because it looks like a risky move. It’s innovative and people don’t always seem to understand what you want to achieve with your innovative solution. This is why your motivation is incredibly important.

If you ever come across a client which is against your proposed solution, try convincing them with great motivation. There’s a reason why you love your solution, so you have to tell your client why you love it and why you believe it will work. Convincing clients with an idea is not easy, but there’s really just one way to learn it: keep practicing, improve your persuasion skills and become a better speaker.

Another potential block you might experience comes from simply not liking the place you work anymore. 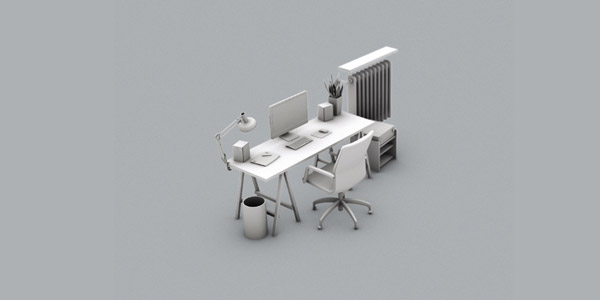 Some people have locations where they are far more creative than other locations. Are you sick and tired of sitting in the same place while working, always having to stare at the same things in your workspace? Change it. Create your creativity space and see if it works. An environment influences everyone in a different way. Some people prefer quiet locations, I for example, prefer to hear people talking around me. For example, I’m writing this article on the train and I find it really helps me focus.

8. Lack of Collaboration and Trust

Beware of this block, as it’s one of the most dangerous.

Collaboration is crucial. If there’s a lack of trust between you and the people you work with during a project you will run into problems. You will always come across people with whom you don’t click. In a professional situation it’s important to stay professional and make sure you attempt to behave in such a way.

If you believe that people are restricting your being creative, simply talk with them. Communicate first of all what you want and why you want it. Find the real underlaying problem and see if it’s possible to fix it. During team projects, it’s so important to create a positive atmosphere for everyone as it really boosts the results of what you’re making. Some things won’t work? Communicate, communicate and communicate. Dare to put your pride aside and understand the perspective of others.

Not only can your colleagues be a problem, also your clients or boss can have a different point of view than yours. A good boss is often a successful creative themselves, leaving enough room for your own creativity instead of stubbornly pursuing their own ideas.

For some reason, clients also have their own idea on how design works. Dealing with a client or boss which doesn’t really understand your point of view is usually quite difficult. The first step is to understand that the client or boss is the real problem and not your design or idea. Try to step away from your position as designer and look at the situation from a broader perspective. If you realize that the problem is truly your boss or client, communicate and convince. As a designer it’s not only important to be very creative, you need also to become better in selling your ideas. If that’s a weakness of yours, try to work on it and always ask for feedback whenever you fail. You learn more out of mistakes than out of victories.

Naturally, to make your ideas reality it’s also important to have support. This can be financial support (the most obvious type of support), but also material support or organizational support. In other words, you need to have all possible tools and information to make sure you’re able to deliver what is requested. If you’re missing something (like information for example), you should attempt to acquire it.

Whenever we suffer from obstacles which hinder our freedom to form and express ideas we often suffer an emotional block stopping us from being creative. This block is probably the most delicate and difficult to solve, as it intervenes in our personality and the real cause of the problem is therefore ourselves.

1. Being Scared to Take Risks

We’re often scared to take risks and that’s completely normal. After all, correct behavior is rewarded and wrong behavior is punished in society.

The risk of a wrong decision is preferable to the terror of indecision.

In general, I recommend taking calculated risks as they can be very rewarding. If you usually find yourself in a situation where you’re afraid of taking a risk and trying something new, try to overcome this situation by asking yourself what possible realistic negative consequences your choice would have and how you could solve that. To convince myself to take a risk I often write down some catastrophic expectations (assume that everything goes wrong), after which I usually conclude a calculated risk isn’t so bad after all.

2. Being Afraid of Chaos

Whenever we are creative, we often deal with misleading or bad information, vague ideas and concepts, or the inability to come up with a solution. A desire for some order is necessary, but the ability to tolerate chaos is crucial to be creative. 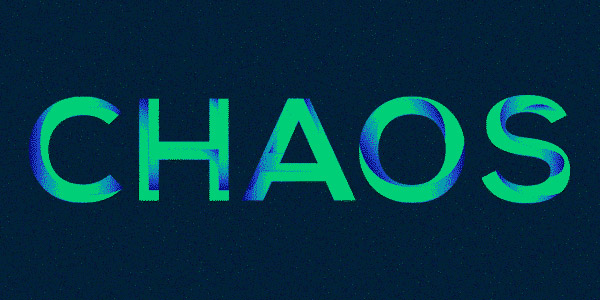 After all, providing a good solution is like making a puzzle. Even though everything is chaotic in the beginning, you’ll slowly create order. Simply put; don’t be afraid of chaos as it will make your creative block even worse.

3. Rather Judge Than Create

People who are too quick with judging will reject many ideas, while a fresh idea can evolve in something great.

We should be lenient in our judgment, because often the mistakes of others would have been ours had we had the opportunity to make them.

A potential block you might suffer during the incubation phase is that you’re judging yourself too harshly. Try avoiding judgment until you believe you have a good solution, then start with being critical on your idea.

4. Inability to Give an Idea Time

Time and relaxing your mind from while to while is often the big solution when you’re stuck in the incubation phase.

Time pressure is a large problem with creativity in a commercial environment. In general, as time passes, we get different and sometimes better solutions to a problem. Your subconscious should be given a chance to wrestle with the problems you’re tackling.

It’s important to relax yo}r mind from time to time, as a saturated mind will make the incubation of a solution far more difficult. Time and relaxing your mind from while to while is often the big solution when you’re stuck in the incubation phase.

5. Too Absent or too Involved

Whenever you’re working on something, you should always feel somewhat challenged to keep looking for that great solution, but on the other hand, a great drive to succeed quickly might make you too fast in your creative process. It’s important to be challenged and patient.

Whenever you’re working with a group of people, the chances are that you have people who are too excited or not excited at all. It’s important to figure why they display this behavior. Are you sure you have the correct person on the correct job? Again, communication is important. Make sure people feel challenged and feel some connection with what they have to do.

Having a vivid imagination is great for your creativity. Don’t be afraid to use your fantasy from while to while, especially in the saturation phase. 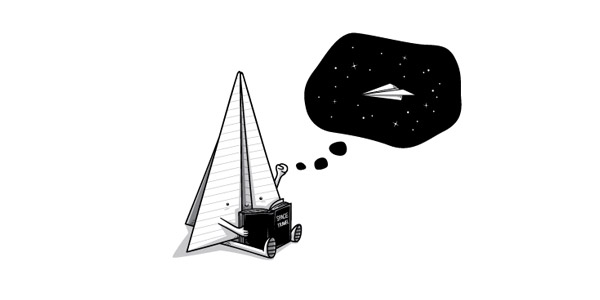 Beyond borders on Dribbble

Some people have a great imagination, while others haven’t. Anyhow, this isn’t a real problem and you shouldn’t consider it as a problem. It’s simply one way to stimulate your creativity. Imagination is especially great during the incubation phase, if you’re stuck on finding a solution. Imagine how you could solve something and don’t take anything for granted. Find crazy solutions. As always, the bad or unrealistic ideas can provide inspiration for the great ideas!

As in the last article, try to reflect on some of your projects and see if you have been in any of the situations which are listed in this article. Understand what went wrong and how you could potentially have solved it more quickly. In the following article, we’ll learn more about the intellectual block. Thanks for reading.