In our modern society where the assertive, charismatic personalities are favored over the solitary, silent individuals, an introvert is often seen as shy or even anti-social. Given how they may appear aloof, unfriendly an even snobby to others, it’s perhaps no surprise that people sometimes don’t pay enough attention to what these introverts have to offer.

Yet, some of the most talented people to grace the earth are, and were, actually introverts, from Apple co-founder Steve Wozniak to the greatest genius of the 20th century, Albert Einstein. This list of 16 Outrageously Successful Introverts from The Huffington Post reveals just that. 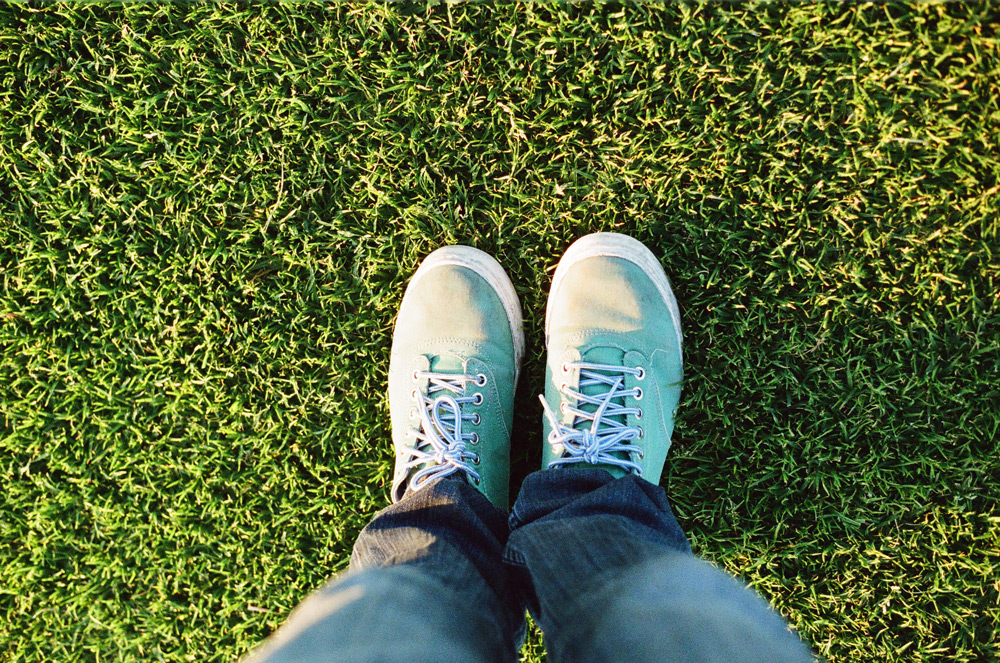 To be clear, introversion is actually an enduring personality trait (habitual patterns of behaviour, thought and emotion) and not just some frivolous, meaningless label we can place on anyone who doesn’t appear to socialize much.

Someone like that can very well be an extrovert (the original psychological term is actually extravert) who craves for a rich social life but has problems fitting in. For that matter, an adult extrovert cannot “will” him or herself into an introvert (and vice versa), because such a trait is determined by our biological makeup, environment and upbringing.

Recommended Reading: How Your MBTI Personality Type Can Affect Your Career Choices

Introverts are wired differently; they are more easily stimulated than extroverts. In the classic ‘lemon juice experiment‘, introverts were found to salivate more than extroverts when a drop of lemon juice was placed on their tongue. The researchers theorized that introverts get triggered easily by their surroundings because they naturally possess higher level of arousal, which is why they prefer less intensive activities such as reading and writing rather than partying. Their preoccupation with their own thoughts is also what separates them from the crowd.

Such “inward-orientedness” makes introverts unique souls with much to offer for the world which others often uniwttingly overlook:

1. Introverts Listen to Others and Respect Opinions

Great listening skills come naturally for introverts because they tend to think things through first before voicing their opinions. They prefer to seek first to understand others before seeking to be understood, which indirectly helps them build good rapport with people.

When others speak their mind freely, introverts listen attentively to have a good grasp of their perspectives and viewpoints. People generally feel much more at ease with opening themselves up when they see and feel the willingness of introverts to hear their standpoint. In other words, introverts have a flair of making others feel valued for expressing their opinions.

The only caveat is that introverts may find small talks mentally draining, in part due to their discomfort in engaging people on surface-level topics. Since introverts love to process and analyze information in their heads, they find conversation for conversation’s sake a meaningless activity that doesn’t pique their interests. This is precisely why introverts do not appear sociable when meeting new people. Once we get past the stage of acquaintanceship with an introvert, we can count on him or her to be there for us as a listening ear.

Whether it is professional or casual writing, churning out any good piece requires writers to spend a lot of time reflecting in solitude. Such environment is what draws introverts to it since they long for less stimulating environment and more “alone time” than extroverts. 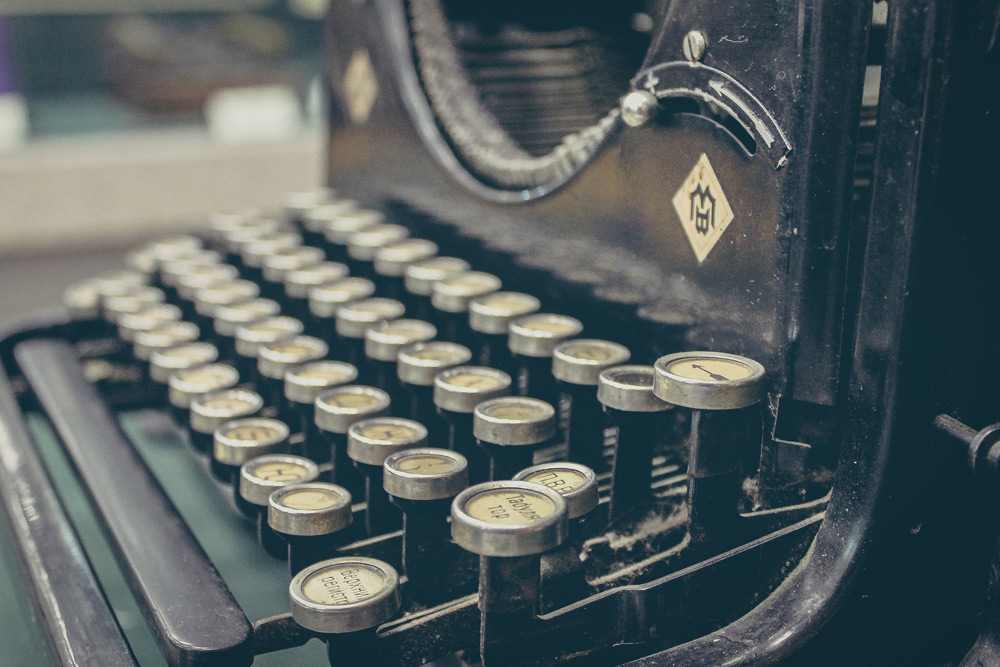 As it is also in their nature to consider carefully what to say before they actually open their mouths, writing seems to be a better communication channel than speaking since it grants them more time to consolidate their thoughts before they respond. For these reasons, introversion gravitates one towards writing and had produced many of the world’s greatest playwright, poets and writers, from William Shakespeare, J. R. R. Tolkien, Emily Dickinson to J. K. Rowling.

Being innately observant, introverts gradually build up an aptitude for writing. When they attend social gatherings, they are likely to be found at a quiet corner checking out their surroundings and the people around them, processing and analyzing these information in their mind.

Being a good listener also allows introverts to empathize well and gain insights into the thoughts of another. Through all these subtle attempts to understand their day-to-day encounters, introverts pick up valuable intuitions and perspectives about the world and express them elegantly through their writings to inspire and intrigue humanity.

3. The Golden Words of Introverts

As mentioned, introverts think deeply before they speak. While extroverts are capable of thinking as they speak, it’s a rarity in introverts. In dicussions online and offline, they are typically the last to comment after seeing and hearing what the rest have to say. The explanation behind this is that many introverts prefer to digest all the information and look at things holistically before coming up with a well thought-out response in their mind. We can all expect to find depth and balance in their words, which undoubtedly help us navigate our way through the many noises from the web, traditional and social media, as well as the many others who want to be heard.

Read also: Public Speaking: How to Nail An Interesting Presentation

Indeed, there’s a major advantage to the introvert’s ability to restrain their words: While the more reactive and vocal individuals may over-commit themselves or blurt out things (online and offline) that they regret later, introverts are able to avoid such social boo-boos because they don’t say anything until they have really thought through it.

During times when emotions are running high, introverts serve as the voice of sensibility that prevent us from getting carried away by all the excitement and taking unnecessary risks. All that is required is a time and platform for them to say their piece, and for the world to appreciate them enough to recognize their wisdom and rationality.

4. Secrets Are Safe With Introverts

We all know introverts like spending time by themselves more so than extroverts, and few extroverts can comprehend such self-reliance. Early 20th century psychiatrist Carl Jung explained that while extroverts require social stimulation to feel alive, introverts “recharge” their energy by isolating themselves after intensive interactions. All in all, they are less dependent on seeking others’ approval to be happy.

Read also: Millenial Workers – Why Most of What You’ve Read About Them Is Wrong

Extroverts who do not understand introverts well enough may misconstrue their autonomy and need for solitude as being “killjoy” or even arrogant. Yet, it is exactly such self-sufficiency that makes introverts a bunch of easy-going individuals who rarely demand for the company of others. As individualists, they also tend to be authentic because they are less interested in impressing others or getting attention.

For these reasons, many seek advice and entrust their secrets with introverts because they know that these people respect personal boundaries and are genuine in their actions, words and behaviors. Along with with how introverts value the small social circle they usually have, introverts generally make great reliable friends.

5. Introverts Can Lead As Well As (Or Even Better Than) Extroverts

Leadership isn’t just reserved for the charismatic extroverts – Abraham Lincoln, Nelson Mandela, Mahatma Gandhi, Eleanor Roosevelt and even Barack Obama are some of the world-renowned figureheads who are believed to be introverts. As you can tell from these individuals, they consistently project an aura of calm collectedness despite under pressure.

Such is a mark of true leadership, where one’s steady and poised presence is capable of instilling an unshakeable confidence and trust in one’s followers. Introverts are able to achieve such composure because they are rarely caught unprepared before they actually say or do anything.

Incidentally, introverts are also receptive to the needs of others and thus will do a better job in uniting of a group of engaged workers who proactively make work-improvement suggestions. Coupled with how they often pay due attention to what others have to say, a study has revealed that introverts perform better when leading such employees as compared to extroverts who prefer to give directions.