iOS 10 UI Kit is an open-source, collaborative UI design template for iOS 10. It’s an ultimate kit to get screens, apps, icons, effects and much more from the new delightfully designed operating system by Apple. Once downloaded, you’re free to use all the Sketch files for UI design work. You’re just not allowed to re-package it and claim it as your own.

This contains most of the new UI elements of iOS 10, such as the new Spotlight Widgets and Status Bars. It contains the templates for the newly-updated apps in iOS 10, namely Maps, Music, Messages, Health and Home. And also, contains the new iOS system screens, such as the redesigned lockscreen, Spotlight and Control Centre. 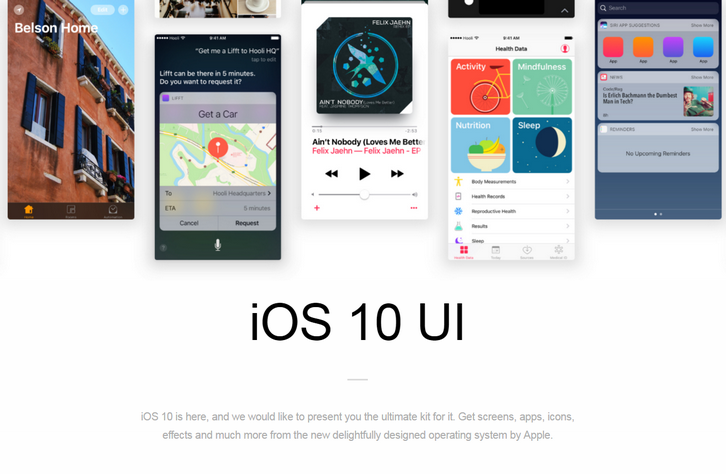