Although extreme programming is not general practice, the method is popular among more sophisticated, advanced and pioneering development teams; however, continuous integration, one of the fundamental techniques of this concept, is widely adopted by “grass roots”.

CI focuses on reducing risks of occurrence of errors as well as being aimed to enhance workflow and strengthen the overall control over the project. Thanks to constant builds and tests that are conducted in automated mode, the team gets a chance to not slow down the process and improve the reliability of a product. It helps to produce more stable versions and viable releases.

If you want to achieve the greatest output from the development and reach new heights, then CI-oriented platforms that directly deal with tests, builds and releases and deployment of the project are perfect instruments for you. Carefully look through our list and pick a tool with which your team will feel absolutely comfortable.

Trusted by more than 10 thousand developers, Shippable offers instant dev/test labs and a platform that works on every machine. It is supported by the most popular languages including Node.Js, Python, Scala, and Ruby, as well as employs Docker to process faster code. 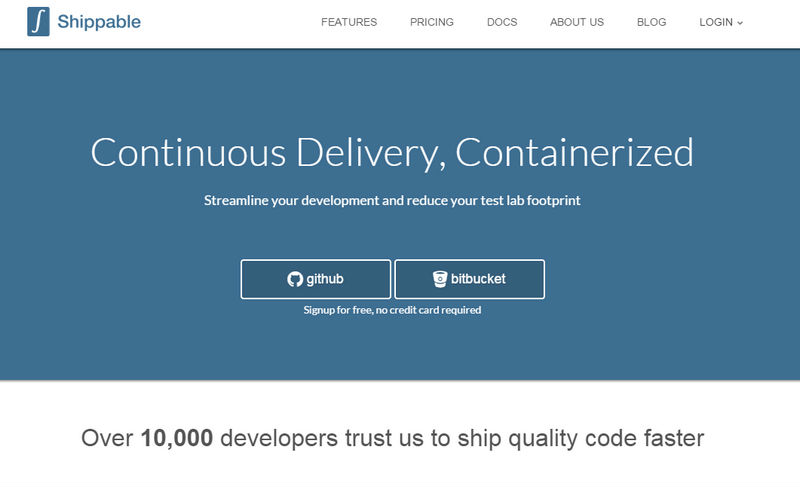 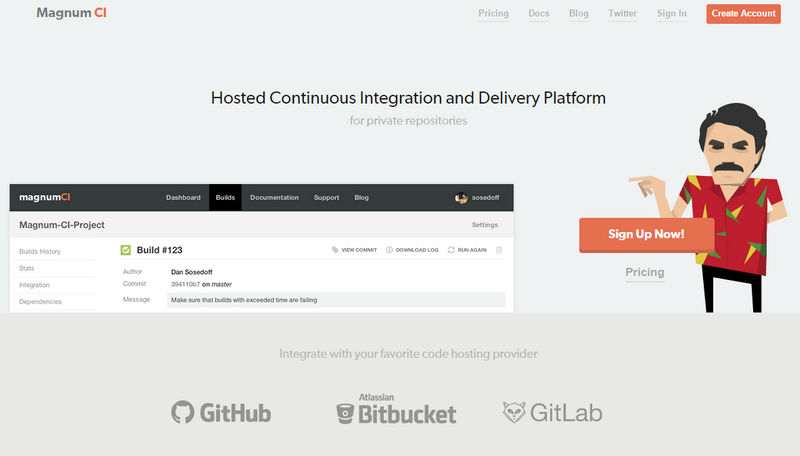 Semaphore is a professional and intelligent “tester” for open source and private projects. It provides an ideal environment for developers that lets build up more stable applications in the short term. The realization of the continuous integration with Semaphore is a mere pleasure. 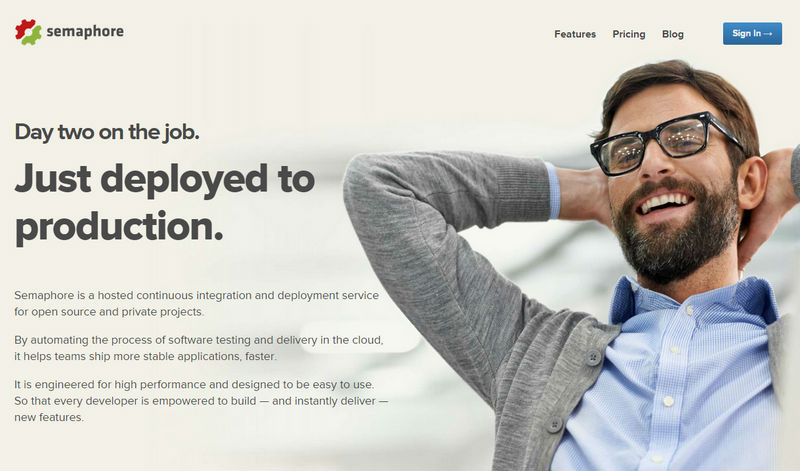 Wercker is a professional, open platform that targets application developers. It includes many features that significantly improve the workflow and allows testing and deploying an upcoming product more efficiently, saving lots of precious time.

The team behind the Circle CI is perfectly aware of challenges that you have to face during prototyping, so their high-end platform helps to overcome various hurdles on your path quickly and painlessly. The instrument is well-suited for testing mobile apps based on iOS or Android.

Drone.io co-works with such famous platforms as Github and Bitbucket, easily interacts with Amazon, Heroku, Google Appengine, lets you run browser tests on the basis of Selenium and PhantomJS, and supports numerous languages starting from Ruby and ending with Scala and S3. 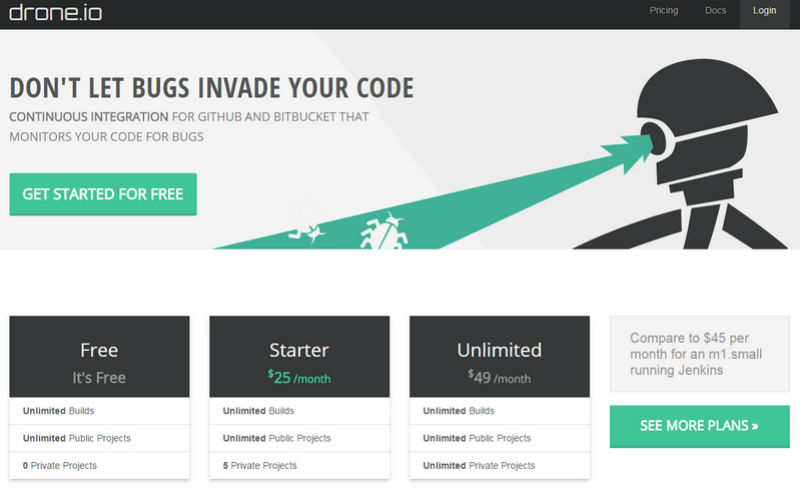 Jet Brains is a top-notch instrument created by TeamCity for organizing continuous integration and deploying servers with ease. A professional edition of the program is absolutely free, however, if you are ready for utilizing a more complex and sophisticated version then you can always upgrade your package to enterprise edition for less than $ 300. 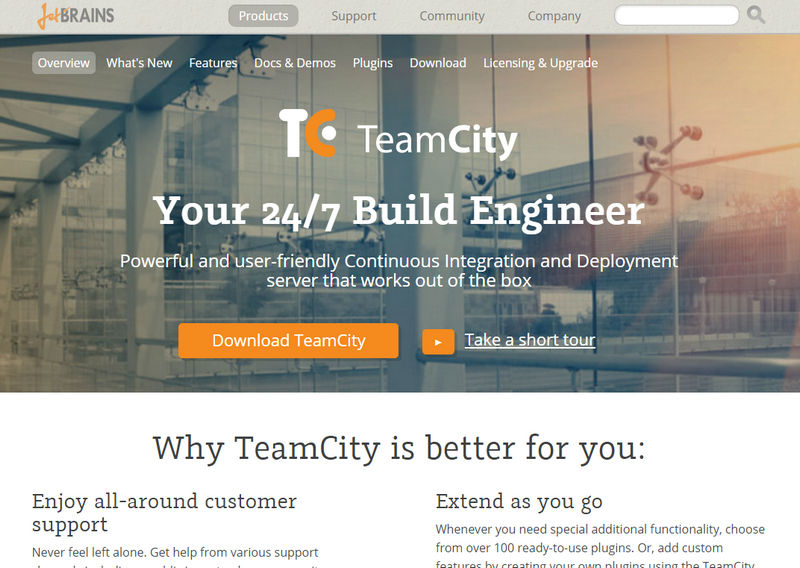 Travis CI is a time-proven and one of the most popular tools of numerous development teams that need to run thousands of tests and deploy applications/programs. The free pack is perfectly suited for open source projects, however if you are up to creating something big and expensive then go for the paid plans that depending on the demands vary from $ 129 to $ 489 per month. 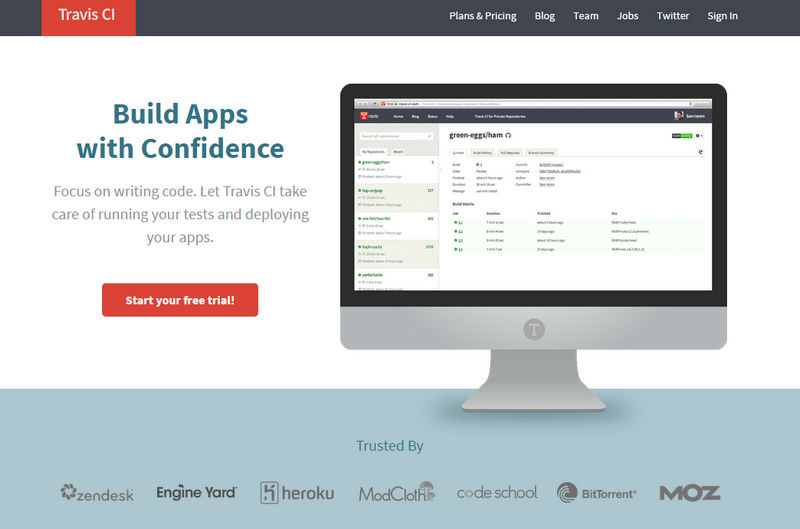 Codeship lets you focus on development rather than on sorting out problems. It is an ideal instrument for teams of all sizes and tasks of all levels of difficulty. In addition, if you are a newbie and experience some troubles with the concept, the website offers you a helpful course that clarifies all the issues.

The primary goal of Bamboo is to provide the developers, testers, system administrators and project managers (in other words, the whole team) with the overall picture of the current version of a product. What’s more, it runs builds and conducts tests as well as connects issues and test results. 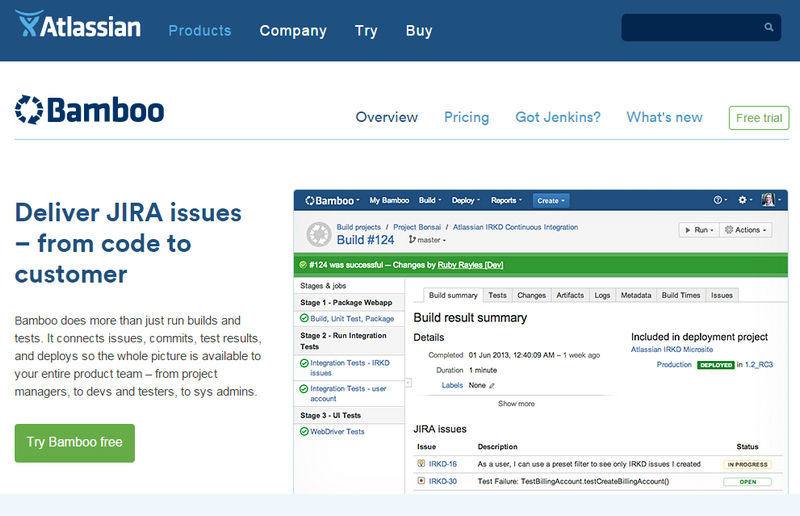 Go guarantees continuous delivery of your product. The instrument is aimed to automate work with builds and releases, producing unending tests and saving you from lots of troubles. 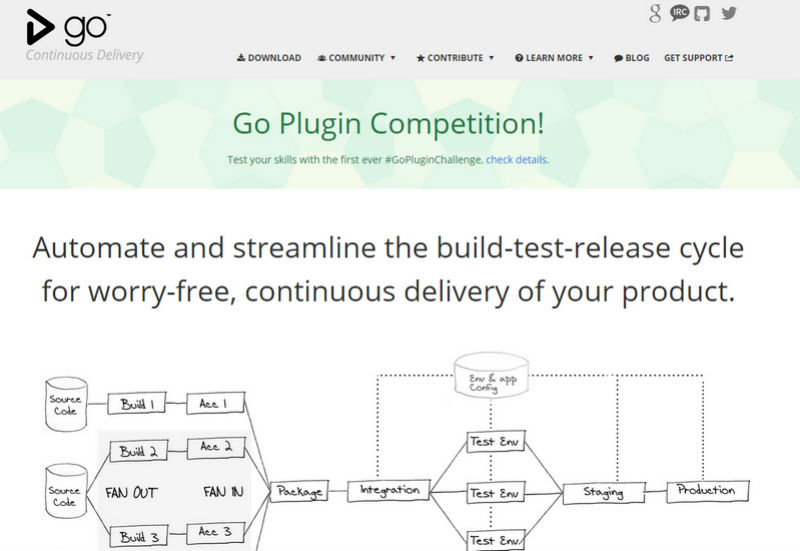 PHPCI meets the needs of PHP developers. It simplifies their workflow, takes care of releases and prevents the final product from unexpected crashes. The platform is familiar with Grunt, MySQL, Behat, Composer, Campfire, Shell commands, IRC, Email and others. It is self-hosted, suited for open source projects, and most importantly, available free of charge. 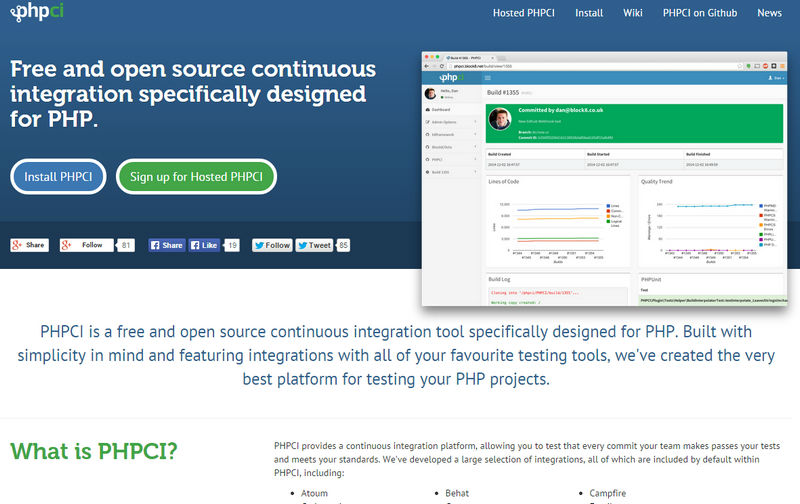 Jenkins CI is a continuous integration server for open source projects. With more than 1000 plugins in its base, the platform can be easily extended in terms of functionality as well as customized in order to comply with developers’ requirements and standards. 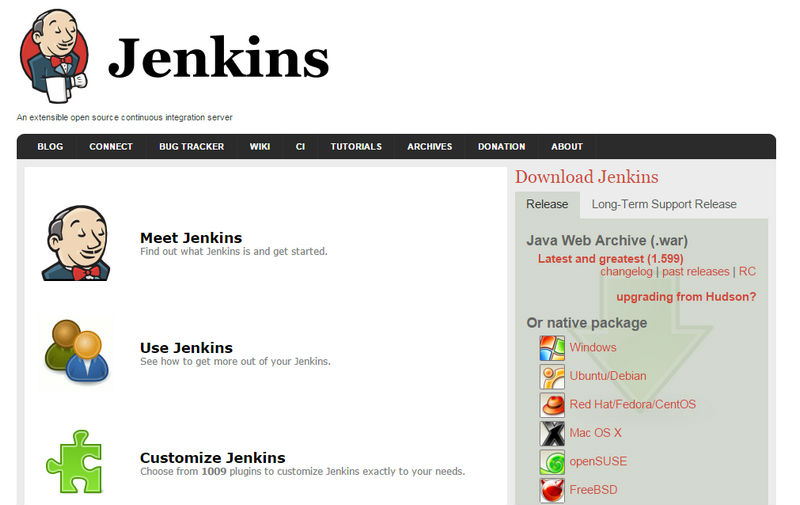 Buildbot is a high-end, open source framework that embraces all stages of the development cycle, providing the team with automated builds, tests, and releases. Having dealt with both web and desktop concepts, it deploys the project and releases better versions effortlessly. 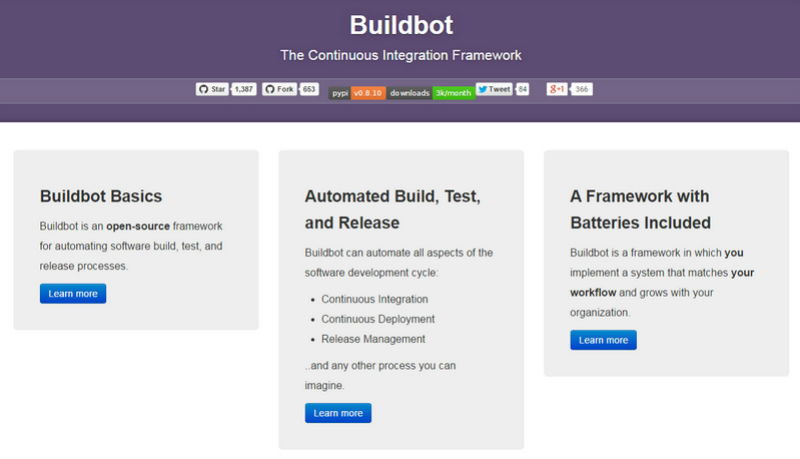 Cruise Control combines an instrument for continuous integration and a framework, the functionality of which can be expanded through various plugins and 3rd party tools. It allows lowering risks of further crashes.

Hudson is an extendable server for activating mechanisms of continuous integration. Curated by a powerful computing system, it can greatly increase reliability of the product through automated tests and builds. 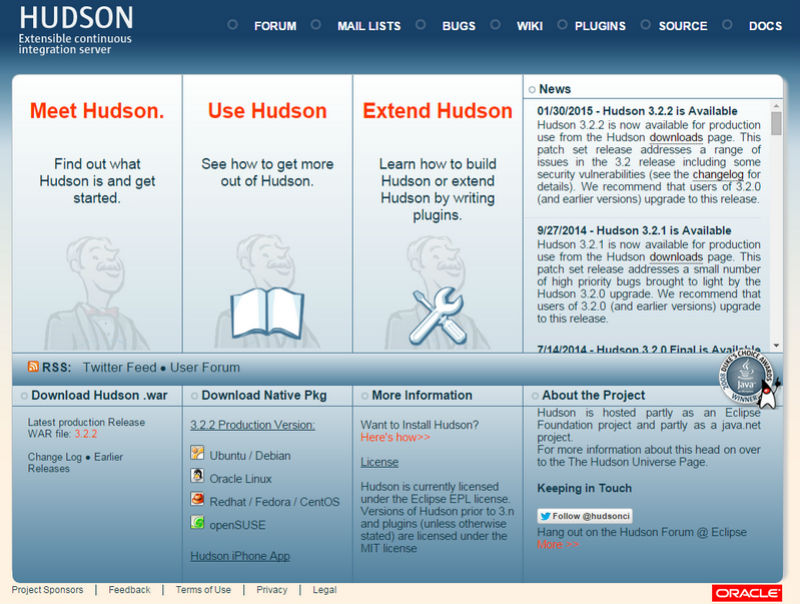 Want to take productivity to the next level as well as reduce risks of collapse on Dynamics SRC projects? Then try the xRM CI Framework. It has a bunch of viable tools that easily automate the builds and deployment process, saving your team lots of fuss. 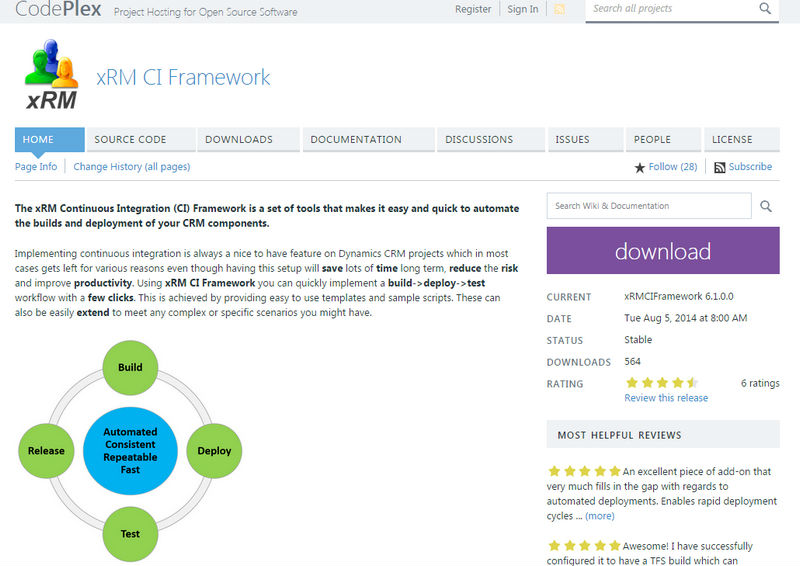 Gitlab CI is specially created for GitLab-based projects. All you have to do is login with your account, add a project and run a tester that should check a product for bugs. In addition, the software is supported by Ubuntu, CentOs, Debian/GNU and some other Linux distributions. 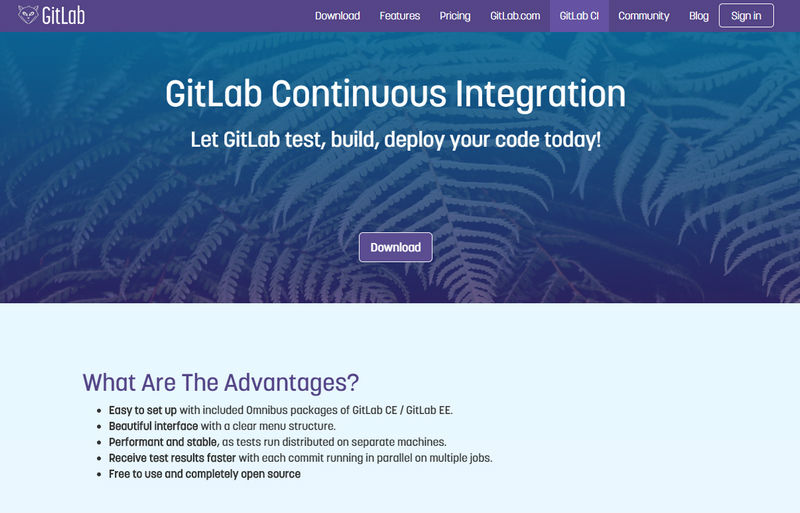 Typo3 Surf is a perfect tool for deploying personal or TYPO3 community related Flow applications. The software leverages other platforms such as Jenkins in order to control various versions of the product constantly and bring the team the current data. 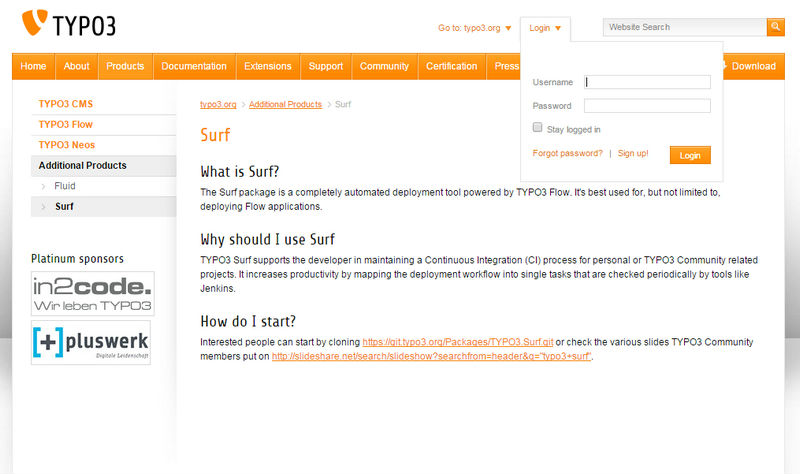 CI tools assume the solution to numerous problems. They significantly improve the workflow, save the product from unexpected crashes at the end of prototyping, automate builds, conduct tests and offer viable releases.